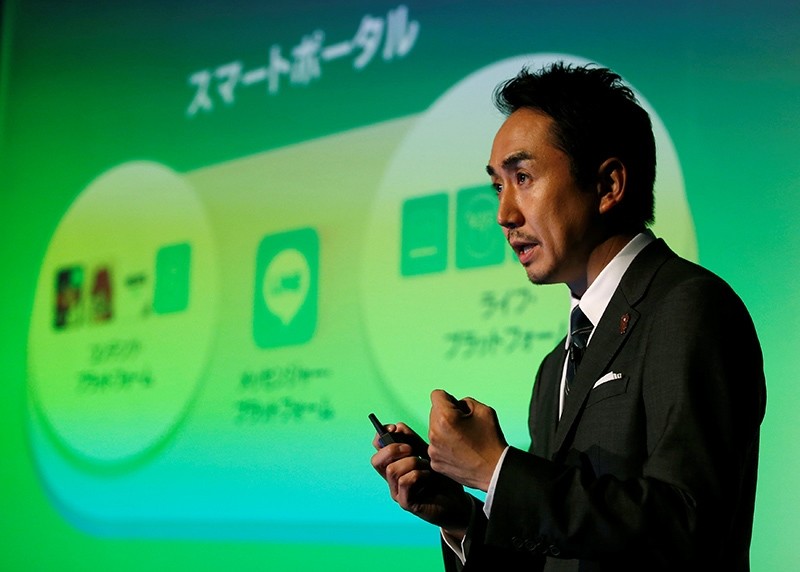 The surge followed Japan-based Line new shares roaring to life in New York, where they kicked off trading Thursday after the $1.3 billion IPO.

The sizzling dual-listing suggested investors are betting Line can hold its own in a field crowded with mobile messaging services such as Facebook Messenger, WeChat and WhatsApp.

But the company, which grew out of Japan's 2011 quake-tsunami disaster, could face challenges boosting its popularity beyond Asia and some Spanish language markets, analysts said.

"Investors are giving Line high marks for its growth potential and the IPO should boost its name recognition," said Hideki Yasuda, an analyst at Ace Research Institute in Tokyo.

"But Line already has a big number of users and I think it will be tough for them to increase that."

"What investors are focused on now is what Line will do with that large number of users to expand its growth through advertising revenue, for example."

Line, which is owned by South Korea's Naver Corp., debuted overnight in New York where its stock soared about 27 percent by the close.

Line sold 35 million shares in all -- about two thirds in the United States -- and said it would exercise an option to sell another five million shares, underscoring strong demand for the offering.

It combines attributes from Facebook, Skype and WhatsApp with games and a mobile payment service also on offer.

But what has set it apart so far is a huge assortment of cartoon "stickers", which some too-busy-to-text fans rely on to communicate -- a kind of animated language.

The stickers are hugely popular in Japan, especially among teenagers, and Line has been able to make money off them.

"If someone shares some good news with me, I can send them a sticker like 'awesome!' or alternatively 'I am depressed' when something sad happens," said Line devotee Akiko Mura before trading started Friday.

"You can express yourself not only in words but also in images."

The company counts about 218 million active monthly users -- notably fewer than its bigger rivals -- and is strongest in Japan, Thailand, Taiwan and Indonesia, but has relatively little presence in the US and Europe.

Line executives said proceeds from the share sale would initially be earmarked for developing in markets where the service is strongest.

"We will be focusing on our four key markets: Japan, Taiwan, Thailand and Indonesia," Line's chief financial officer In-Joon Hwang said in a Bloomberg TV interview.

"We will be using money for any investment opportunity to strengthen existing business."

The messaging service was later spun off as a separate firm, based in Tokyo.

Last year, Line posted revenue of 120 billion yen, up 40 percent from the year before, but booked an overall loss, which it blamed on rising staff costs and other expenses.