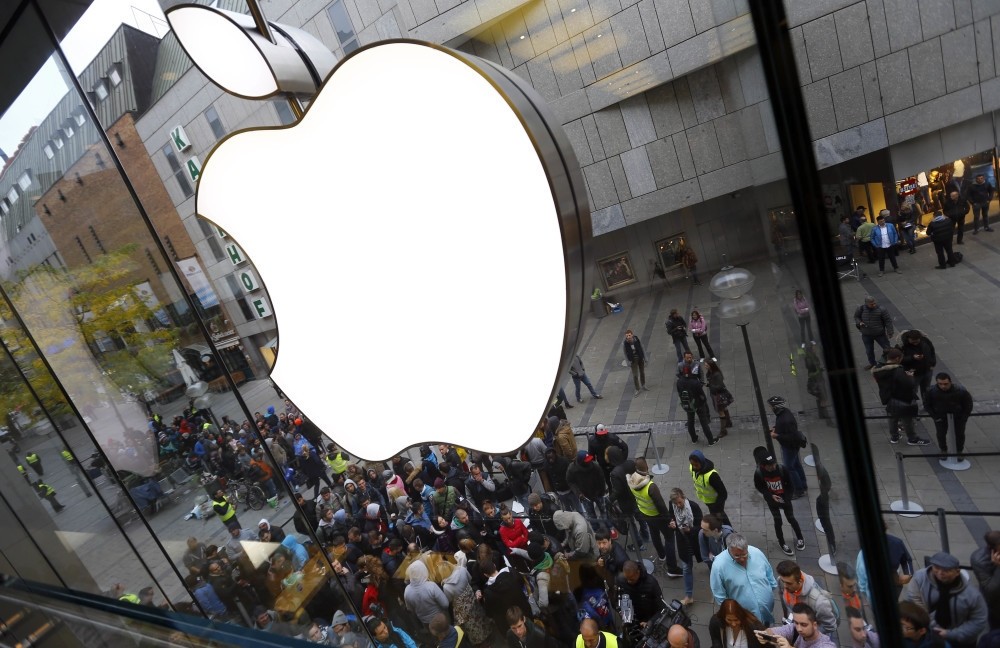 In July, the company announced the sale of its billionth iPhone, a milestone for the company as it seeks to keep momentum in a competitive smartphone market.
by Sep 07, 2016 12:00 am

The firm is expected to unveil a new iPhone at a special event in San Francisco today. iPhone 7 models will boast faster chips and improved software while doing away with jacks for plugging in wired headphones

Each year Apple launches a new phone at its Autumn event and this year the world set to see the launch of the iPhone 7. Since the iPhone 5 launch, in 2012, the company has revealed its latest iPhone in September. The rumor mill has been grinding away with talk of iPhone 7 models that will boast faster chips, more sophisticated cameras, and improved software while doing away with jacks for plugging in wired headphones. To assuage users accustomed to wired headphones, Apple could roll out accessories that include an adaptor that plugs into a remaining port. The event would also be a chance to showcase wireless headphones, perhaps some from Beats, which Apple bought two years ago in a deal valued at $3 billion. In the Apple's usual enigmatic style, it provided little more that the date, time and place to the invitation-only gathering.

In July, the company announced the sale of its billionth iPhone, a milestone for the company as it seeks to keep momentum in a competitive smartphone market. Apple reported a drop in iPhone sales in the second quarter of this year, a second straight drop after uninterrupted growth since its introduction in 2007. South Korean consumer electronics giant LG is set to show off a new premium V20 smartphone in San Francisco the evening before the Apple event.

The V20 will be the first to ship with a new Nougat version of Google-backed Android operating software. California-based Apple could also use the event to showcase updates to other products, such as its smartwatch and laptop computers. Speculation regarding an Apple Watch 2 was fueled in part by the fact that the original hardware has not been updated since it debuted in April of last year. Improved iPhone and smartwatch models would be arriving just as Apple is set to roll out a new version of the mobile operating system. The event today will come as Apple squares off with the European Union over a multibillion-dollar bill. Analysts told AFP that Apple was in position to fend off the blow from the EU demand that the iPhone maker pay a record 13 billion euros in back taxes in Ireland.

"It's total political crap," Cook told the Irish Independent newspaper, of European Competition Commissioner Margrethe Vestager's assertion that the company had paid a tax rate of 0.005 percent on its European profits in 2014. The commission ruled that Apple had received favorable tax terms that amounted to state aid - illegal under its rules. Apple expects to repatriate billions of dollars of global profits to the United States next year, Cook told Irish national broadcaster RTE without providing specific figures. The ease with which the company could write a check to pay the gargantuan bill was seen as potentially coming back to bite Apple by giving the impression it is greedily avoiding doing right by the public coffers. According to its most recent earnings report, Apple had $231.5 billion in cash plus marketable securities at the end of June. Of that total, $214.8 billion, or 93 percent, was said to be outside the United States, Apple's chief financial officer Luca Maestri said on an earnings call. Apple has vowed to fight the tax bill. With iPhone sales and profits sliding, Apple in July highlighted growth in sales of apps, music and cloud services. Apple is moving into new areas such as Apple TV and streaming music, which could produce more stable revenues.
RELATED TOPICS