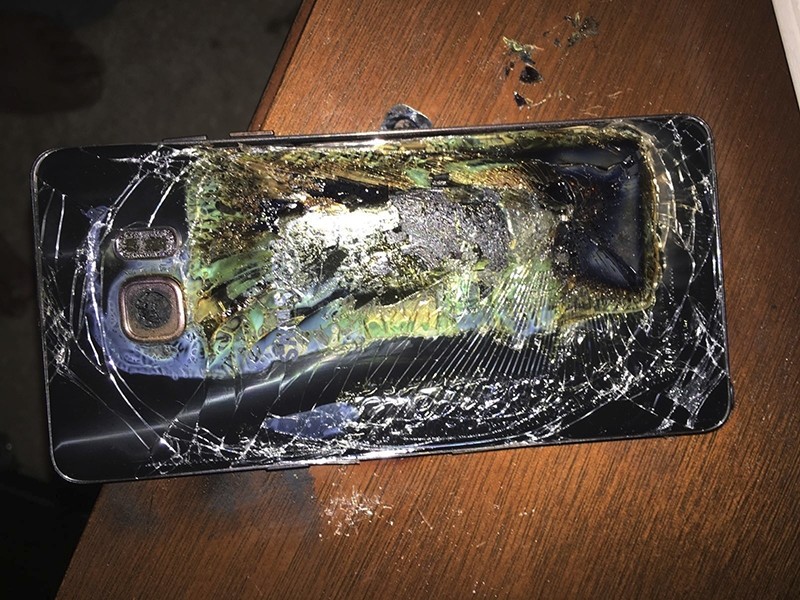 Samsung Electronics Co Ltd said it was sending fireproof packaging and gloves to customers who bought the Galaxy Note 7 phone on its website, so they could safely return the devices after a recall and reports that some replacement phones went up in flames.

The company, which permanently halted production of its flagship Galaxy Note 7 smartphone on Tuesday, said it was also scheduling appointments with Note 7 users to pick-up the affected device.

Samsung halted production of the phone less than two months after its launch, following reports that in some instances their batteries caught fire. Its decision to scrap the device after a recall of 2.5 million units last month was a blow to its brand image and financial outlook.

A YouTube video by Android developer news site XDA Developers, which said it received a "return kit" and instructions from Samsung, showed a fireproof box that is "forbidden for transport by aircraft" and gloves to handle the device. The thermally insulated outer box that has ceramic fiber paper lining has two smaller boxes within it and a static shielding bag, the video showed.

In the United States, customers should use the U.S. Postal Service and UPS shipping services to return their Note 7 devices in the fireproof box, according to a Samsung customer care representative.

A U.S.-based Samsung spokesperson could not be immediately reached to provide further details on the Note 7 return kits.

The U.S. Postal Service is only shipping Note 7 devices through its ground transportation service, as required by its rules on transporting damaged or recalled lithium ion batteries, a spokeswoman said.

UPS and Fedex did not immediately respond to requests for comment.

Royal Mail Plc, operator of Britain's main postal service, said on Wednesday it had banned the delivery Note 7 smartphones through its network for safety reasons, making it potentially difficult for many Britons to return the recalled devices.