'Chinese Netflix' takes on tech titans in US 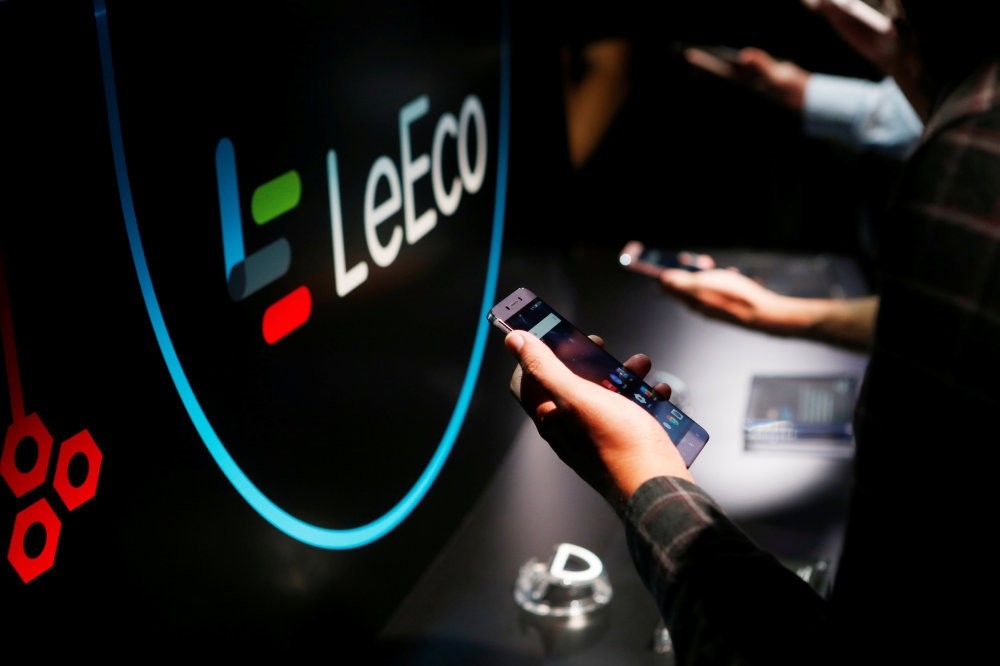 LeEcou2019s new Le Pro3 phone is on display during a press event in San Francisco.
by Oct 21, 2016 12:00 am
A Chinese internet colossus referred to as a combination of Netflix, Apple, Amazon and Tesla announced Wednesday it is taking on U.S. tech titans on their home turf. LeEco is jumping into a fiercely competitive U.S. smartphone market with LePro 3 and its "little brother" Le S3, pricing them lower than flagship models from rivals to entice people over to its "ecosystem" of online offerings. LePro 3 will be priced at $399 and Le S3 at $249 when they become available to U.S. buyers at the company's LeMall.com e-commerce website on Nov. 2. Analysts expected it to take more than bargains on handsets to win people away from what Apple and Google provide when it comes to meshing mobile devices with digital content, applications and services.

"Oftentimes people are locked into ecosystems," Gartner analyst Brian Blau told AFP. "The trouble for LeEco is they have to create something that is going to impress people enough to switch."

The LeEco cloud service was portrayed as a nervous-system of sorts that would connect the company's various devices and be a conduit for digital content and services. Apple and Google have invested heavily in meshing devices, software and content to get people to play, work and shop in "ecosystems" the companies have built.

"The market (LeEco) is entering with some devices is hyper-competitive with global players," Blau said.

"To think that they can come in and have an impact early on is unrealistic."

LeEco founder and chief executive Jia Yueting set a goal of winning hearts and minds in the key North America market before moving to lure the rest of the world into the LeEco ecosystem.

At a press event at The Palace of Fine Arts in San Francisco, Jia acknowledged that some have told him "LeEco is crazy to come to the backyard" of companies such as Apple, Google, Netflix, Tesla and Amazon. The company's broad vision is to have self-driving electric cars, virtual reality headsets, smartphones, televisions, and smart bicycles all connected to its cloud platform for Netflix-style television streaming and other digital offerings.

"If they have a success here, it will be because of that cloud offering," Blau said of LeEco. "The ecosystems that are doing well are doing so because of services that tie devices together in the cloud." Along with smartphones, LeEco in November will hit the US with a line of Super4 X Series ultra high-definition televisions with prices beginning at $649 and topping out at $4,999 for a uMax85 that measures 85 inches diagonally. LeEco already provides on-demand streamed television in China, and announced it has an array of launch partners including film studio Lionsgate on board for its U.S. debut.
RELATED TOPICS