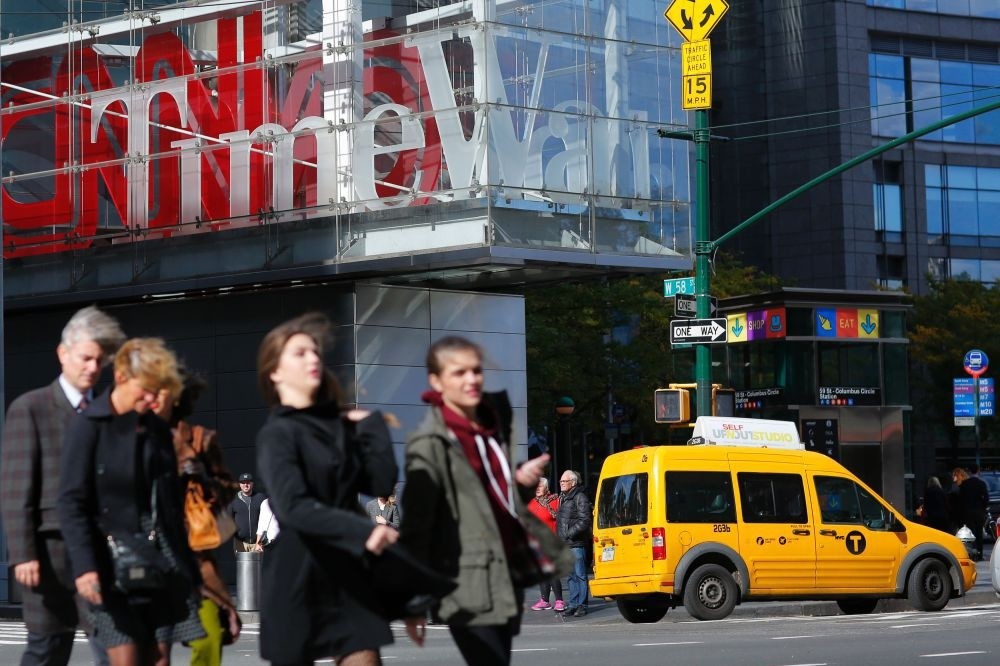 The big mergers planned by AT&T with Time Warner and Verizon with Yahoo offer those firms more data that can be used to target consumers with content and advertising, alarm privacy advocates

They know how you browse the Internet, your favorite TV shows and where you shop and travel. Data collected by Internet and media companies is a powerful tool, and the big mergers planned by AT&T with Time Warner and Verizon with Yahoo offer those firms more data that can be used to target consumers with content and advertising.

Privacy advocates say the prospect of firms using all that online and offline data without safeguards is alarming.

"Twenty-first century media is all about the ability to gather information on a single individual regardless of where they are -whether they are using a mobile phone, or watching TV, or in a grocery store," said Jeffrey Chester of the Center for Digital Democracy, a privacy rights group.

The $85 billion deal unveiled Saturday would combine AT&T, one of the largest mobile telecom and residential Internet operators, with Time Warner, the media-entertainment giant with powerful brands including the Warner Bros. studio, HBO, CNN, Cartoon Network and a major online game studio.

AT&T chief executive Randall Stephenson said the deal would offer better choices to both consumers and advertisers. "We'll develop content that's better tailored to what specific audience segments want to watch, when, where and on which device," he said. "And we'll use the insights to expand the market for addressable advertising. Addressable advertising is far more effective and more valuable both to the advertisers and to our customer."

Google and Facebook have become leaders in online advertising by analyzing consumers' web browsing habits, but Chester said merging technology and media groups is troubling because of the array of data from different sources, including location data from mobile phones even when they are not in use.

"Those companies that control our data -as well as the devices and applications we rely on (especially mobile) -will be formidable gatekeepers," Chester said. "They will be able to influence the content and communications we both receive and send. It's not too far out to see the next deal be Google/Comcast or AT&T/Time Warner/Facebook."

The tie-up comes as the U.S. Federal Communications Commission is set to consider privacy rules for Internet service providers like AT&T and Verizon. The rules would require consumers to "opt in" to allow companies to combine data from different sources to deliver ads and content. "The FCC privacy rule is critical to ensuring there are safeguards," Chester said. "Right now there are no safeguards."

Greg Sterling of the Local Search Association, a trade group of firms using location-based marketing, acknowledged that many consumers are fearful of how their data is used for targeted messages. Still, he said many people soften their opposition if they see a tangible benefit to allowing their data to be collected.

"People are uneasy about being tracked across the internet, but you do see people saying consistently they want advertising to be more relevant, more personal, there's demand for that in the abstract."

Data collection by companies "can help with maps or navigation. They can offer deals and services without having to ask for them. They're trying to be concierge services, and it relies to some degree on capturing this data."

Sterling said AT&T will remain well behind Google and Facebook in online advertising even with Time Warner, but that Verizon "is in a slightly better position" with the ad technology from its newly acquired AOL and vast audience of Yahoo users.

John Verdi of the Future of Privacy Forum, a Washington thinktank, said that in both the AT&T-Time Warner and Verizon-Yahoo deals, "data is a key asset" but that the companies should respect promises made when the data was collected. "Users are typically concerned when data is collected about them and used in unexpected ways," Verdi said.
RELATED TOPICS