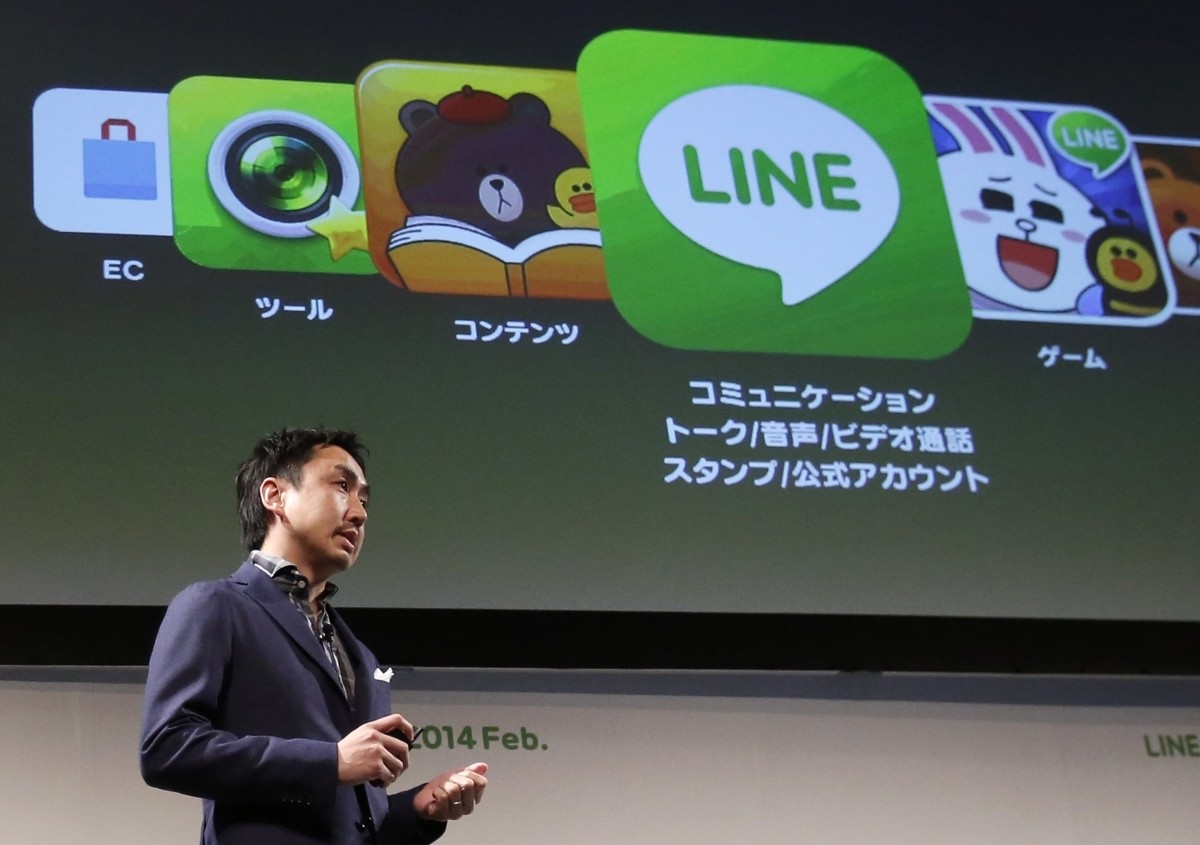 Takeshi Idezawa, chief executive officer of Line Corp, speaks during an announcement of its new service in Tokyo.
by Nov 10, 2016 12:00 am
The popular messaging app Line, with a huge draw among teens in Asia, staged one of the years biggest IPOs and says it does not have big ambitions to take on Western giants such as Facebook on their home turf. The Japan-based company known for its popular cartoon "stickers" - a virtual communication tool for users too busy to write a text - instead means to focus on taking messaging to the next stage in its core Asian markets of Japan, Indonesia, Taiwan and Thailand.

"Our goal at Line is for the app to become the gateway to access all online services," chief executive Takeshi Idezawa told AFP in an interview at the annual Web Summit in Lisbon.

The company, which grew out of Japan's 2011 quake-tsunami disaster and is owned by a South Korean Internet provider, staged a $1.3 billion initial public offering in July with a dual listing in New York and Tokyo that it said would help its international reach.

That was met with some skepticism by analysts who at the time wondered how effective Line's lineup of products would prove beyond Asia, and Idezawa agreed it was hard to crack Western markets where Facebook-owned WhatsApp or Messenger are already the leaders.

"A chat app has a very strong network effect (across the business), so we are focusing on the four Asian countries," he said. "Asia is going to see very big economic growth and it is also a market where American companies are not finding it so easy to enter."

Line reckons there is plenty of room to grow closer to home. Japan, despite pioneering advanced handsets in the pre-iPhone 1990s, still only has 60 percent market penetration for smartphones while in Indonesia the figure is less than half. And the company believes it can extract much more from its 220 million "active monthly users", as WeChat is doing in China.