Paw cleaning device developed by Turkish twins gets patented by US, EU and Japan 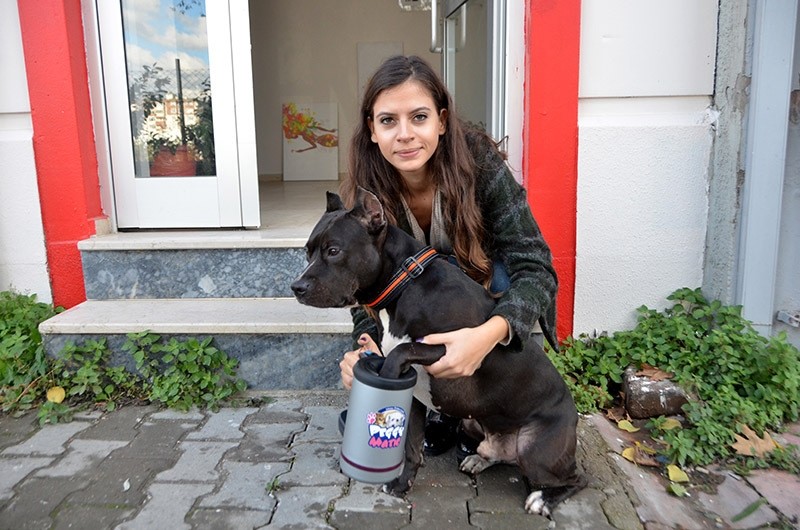 Yağmur and Yaprak Sürmeli, two twin sisters from Turkey, developed a device to clean the paws and toilets of domestic cats and dogs.

The device received a patent from the United States Patent and Trademark Office after a reviewing period of two years.

Yaprak Süremeli stated that the device was initially developed in memory of their dog Peggy who died during an operation a while ago and the device was therefor called Peggymatic.

Peggymatic is a charged, portable and fully-automatic device. The developers also said that a long period of research and development was needed for solving the problem of cleaning pets' paws and butts.

"We successfully received patents from the U.S., Japan and EU which are the most difficult countries to get a patent from. Overseas patent procedures take a lot of time and have a high cost. It takes hard work to achieve this on your own, because those who get an overseas patent are mostly industrial giants," said Süremli, expressing the obstacles they faced during the whole patenting process.

Many local and international investors showed great interest in the project after the sisters received their overseas patent document.

"As no electronic home device company has such an electronic device for pets, many are now negotiating with us to bring Peggymatic under their own brand and be the first and only company in this sector selling such pet devices," added Sürmeli.

The device will enter the Turkish market as of December and is expected to be a product of added value for Turkey's economy with a high export capacity.