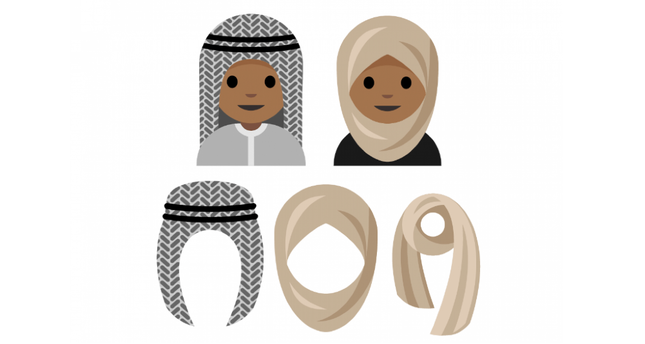 A woman wearing a hijab, a bearded person and a woman breastfeeding a baby are among the 56 new emojis that will soon make their way to your smartphone.

The Unicode Consortium, which controls emoji standards, has agreed to add a woman wearing a headscarf as an emoji in response to a 15-year-old Muslim Saudi girl's proposal in September "with a goal of representing millions of women who wear the headscarf every day, and pride themselves on wearing the headscarf."

Unicode said that wearing a headscarf is an important symbol not only for Muslim women but also for Jewish, Catholic and Orthodox Christians.

Among the new emoji characters are a "gender-inclusive" child, adult and older adult, 'a face with open mouth vomiting', a head exploding, and a man and woman practicing yoga.

The new emojis will be available on all smartphones starting from mid-2017.