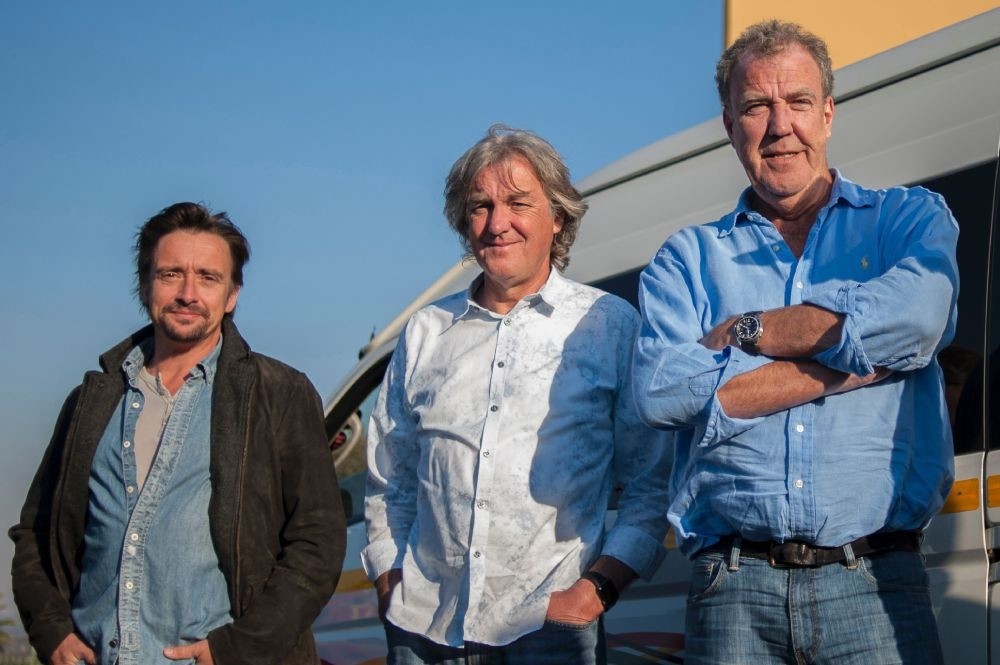 (L-R) Richard Hammond, James May and Jeremy Clarkson pose at the Ticketpro Dome in Johannesburg.
by Nov 19, 2016 12:00 am
Amazon is poised to challenge Netflix on the global stage with a massive expansion of its on-demand video streaming service, The Wall Street Journal reported on Thursday. Amazon Prime Video service is currently available in Austria, Britain, Germany, Japan and the United States, with a promise of availability soon in India. Prime will likely expand to some 200 countries and territories, according to the Journal report.

This would put the Seattle-based online retail titan's on-demand video service on a level playing field with Netflix, which at the start of this year expanded to 190 countries to proclaim itself the first global television service.

When contacted by AFP, an Amazon spokeswoman would only confirm that a popular original show, "The Grand Tour," which is devoted to cars, would launch in more than 200 countries in December.

"We don't have anything else to announce," she said.

The worldwide, exclusive availability of "The Grand Tour" and its mention in a tweet fired off by Amazon founder and Chief Executive Jeff Bezos will likely fuel speculation that this a first step toward a full-fledged global Prime Video service that will directly challenge Netflix.

How the show would be made available was not specified, meaning Amazon could opt to let people buy episodes from its online shop in some places rather than make it available on-demand at the Prime streaming service.

If Amazon Prime Video expands globally, it will be the most formidable rival to Netflix at a time when the California-based company's ability to win new fans is being closely watched by investors. Netflix last month posted earnings that alleviated concerns over growth.

The company said it had gained 3.57 million paid subscribers to its streaming service in the recently ended quarter -- most of them from outside the United States -- and finished the quarter with a higher-than-expected 86.74 million subscribers.

Online platforms Netflix and Amazon Prime Video have both ramped up their investment in programming, together spending some $7.5 billion -- more than competitors CBS, HBO or Turner, according to IHS Markit. Amazon has not disclosed the number of Prime subscribers, but research company CIRP estimated in late September that in the U.S. alone there were 65 million, up 38 percent from a year earlier.
RELATED TOPICS