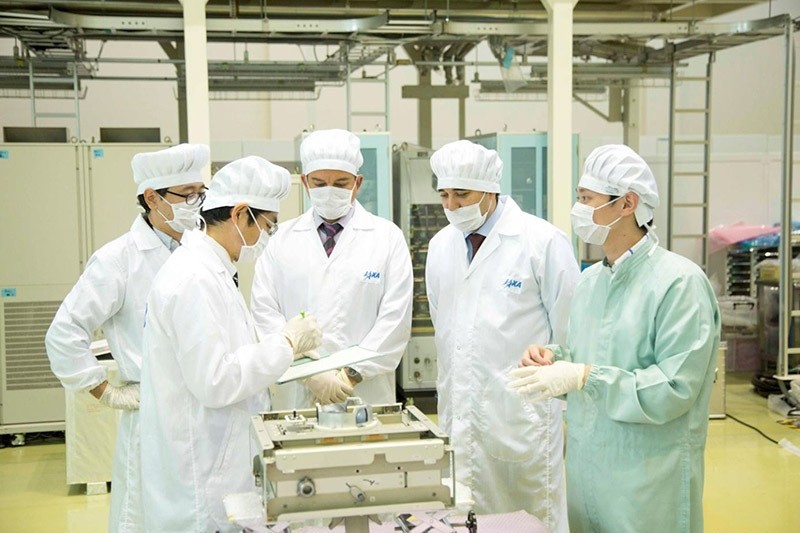 Microwave modules produced by the Turkish defense giant ASELSAN have been launched into space from Japan last Friday to be tested in spatial conditions.

The modules, produced to contribute to Turkey's satellite communications capabilities, are set to stay in the International Spatial Station (ISS) for a year, before their scheduled return to Earth in April 2016.

Both sides signed a protocol to boost cooperation in future projects.

Within the framework of the agreement between both countries, ASELSAN products are to be tested in the ISS, and the cubic satellite developed by the Istanbul Technical University is to be placed into orbit from the ISS.

In addition, the agreement foresees the use by Turkey of the Japanese KIBO module for space-proof testing purposes and biological researches. Accordingly, the ASELSAN RF unit was handed over to Japanese officials.

The ASELSAN RF unit is made up of three submodules; SSPA module, LNA module, and a metallic box containing both modules.

The development and testing of the modules are performed under the scope of contributing to the further improvement of satellite communications capabilities of Turkey.

ASELSAN, Turkey's giant defense company, has been investing for years in satellite and space technologies in an effort to upgrade Turkey's national high-tech communication capabilities.