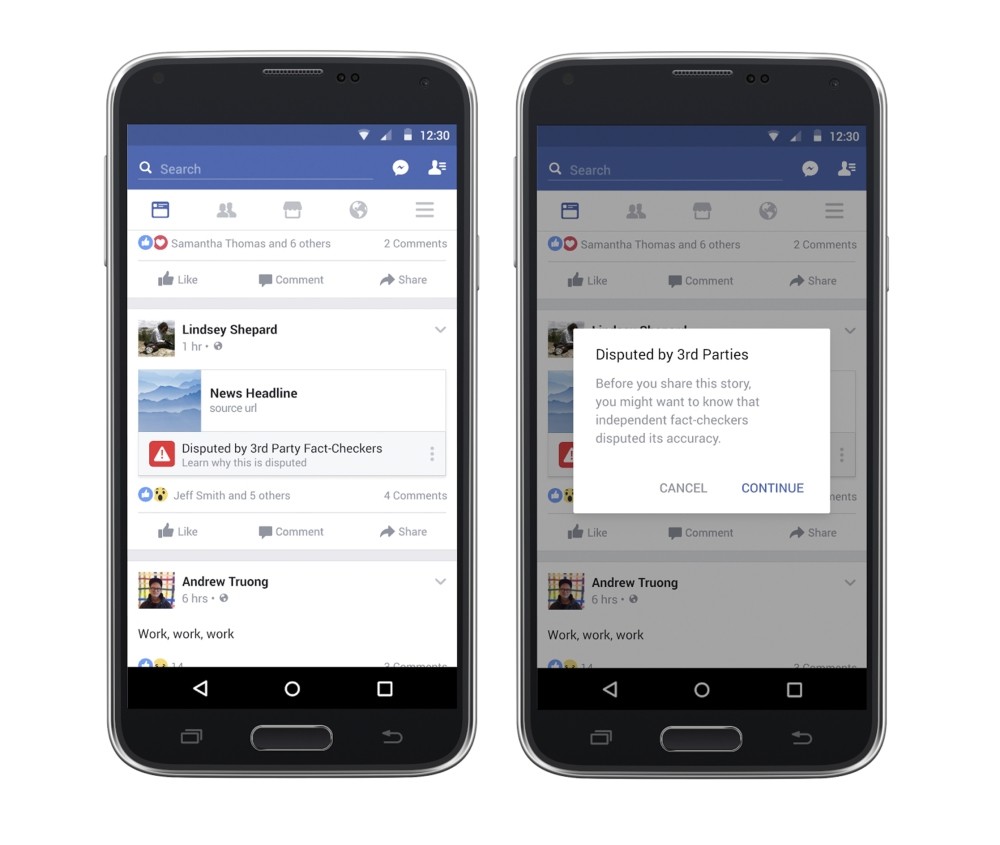 by Associated Press Dec 17, 2016 12:00 am
Facebook is taking new measures to curb the spread of fake news on its huge and influential social network. It will focus on the "worst of the worst" offenders and partner with outside fact-checkers and news organizations to sort honest news reports from made-up stories that play to people's passions and preconceived notions.

The social network will make it easier for users to report fake news when they see it, which they'll be able to do in two steps, not three. If enough people report a story as fake, Facebook will pass it to third-party fact-checking organizations that are part of the nonprofit Poynter Institute's International Fact-Checking Network. Five fact-checking and news organizations are working with Facebook on this: ABC News, The Associated Press, FactCheck.org, Politifact and Snopes. Facebook says this group is likely to expand.

Stories that flunk the fact check won't be removed from Facebook. But they'll be publicly flagged as "disputed," which will force them to appear lower down in people's news feed. Users can click on a link to learn why that is. And if people decide they want to share the story with friends anyway, they can -but they'll get another warning.

Fake news stories touch on a broad range of subjects, from unproven cancer cures to celebrity hoaxes and backyard Bigfoot sightings. But fake political stories have drawn outsized attention because of the possibility that they influenced public perceptions and could have swayed the U.S. presidential election.

There have been dangerous real-world consequences. A fake story about a child sex ring at a Washington, D.C., pizza joint prompted a man to fire an assault rifle inside the restaurant. By partnering with respected outside organizations and flagging, rather than removing, fake stories, Facebook is sidestepping some of the biggest concerns experts had raised about it exercising its considerable power in this area. For instance, some worried that Facebook might act as a censor -and not a skillful one, either, being an engineer-led company with little experience making complex media ethics decisions.

Facebook CEO Mark Zuckerberg has said that fake news constitutes less than 1 percent of what's on Facebook , but critics say that's wildly misleading. For a site with nearly 2 billion users tapping out posts by the millisecond, even 1 percent is a huge number, especially since the total includes everything that's posted on Facebook -photos, videos and daily updates in addition to news articles.
RELATED TOPICS