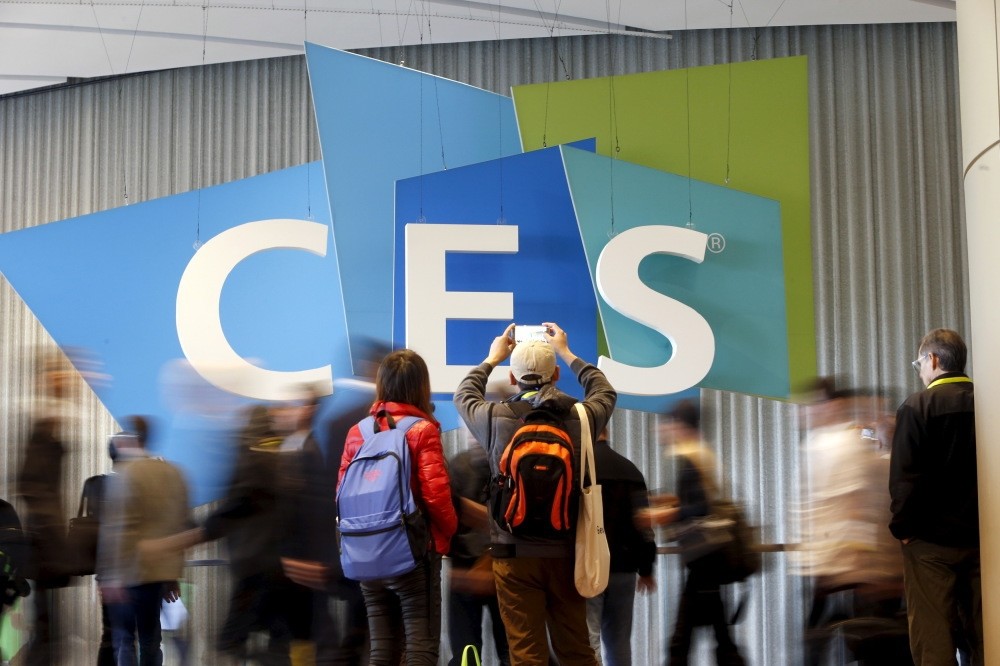 by Jan 03, 2017 12:00 am
The mega-extravaganza of the tech world in Las Vegas is showcasing an array of new devices that get smarts from computer chips, sensors and artificial intelligence, but go further by opening doors to augmented or virtual realities. The Consumer Electronics Show (CES), which is set to begin with a series of media events today, will offer trade professionals a look at new robotics, connected cars and a dizzying assortment of gizmos from connected sneakers to drones. This year's show will see results of a boost in computing power from artificial intelligence, which can help power things like autonomous cars, and deliver new experiences such as augmented or virtual reality (VR). "Virtual reality is changing the game for a variety of industries including health care, agriculture, manufacturing and business," said Gary Shapiro, president of the Consumer Technology Association that organizes the annual show, in a Reddit chat.

"Doctors are using VR to enhance traditional therapies, architects use VR to design stronger buildings and travel agencies are using it to simplify vacation planning," Shapiro added. CES will celebrate its 50th anniversary at the gathering, and organizers promised it would have the largest showcase of VR technology ever. One CES panel discussion will examine how virtual reality is transforming television, movies and even news with immersive forms of video. A host of virtual reality experiences will entice attendees at the trade-only show.

Cars will feature virtual reality displays to provide a better sense of the environment around them, while similar technologies will be showcased for smart glasses, medicine and beauty makeovers. Robin Raskin, who heads the Living in Digital Times center of the show, said augmented reality is catching on with try-and-see beauty apps, in-store virtual mirrors and toys. Augmented reality, she said, "lets us look at the real world and add valuable, entertaining and immersive information to it."

Analyst Jack Gold at J. Gold Associates said that despite the potential benefits of virtual and augmented reality in business or industry, "gaming is where it is going to take off first," because that's where people are spending money.

"The issue is not whether it has the potential to transform things, but whether you can put it into a space where consumers can afford it and give enough additional information so people are able to use it," Gold said.

CES is among the world's biggest trade shows, and last year drew 177,000 attendees over an exhibit space of 2.47 million square feet (230,000 square meters). This year, 150 countries will be represented. It will include big industry names such as Sony, LG and Samsung in electronics, with the perennial battle to have the sleekest most gorgeous television screen. Meanwhile, in attendance will be more than 600 startups from 33 countries, including first-time participants -- the Czech Republic, the Netherlands, New Zealand and Ukraine. Auto-industry titans including Ford and BMW are increasingly using CES to show off technology packed into vehicles for efficiency, safety, entertainment and navigation.The show will feature demonstrations of autonomous or semi-autonomous vehicles, including one from Japan's Honda said to be equipped with an artificial intelligence "emotion engine" that aims to better understand its occupants.

Electric car startup Faraday Future, one of several manufacturers taking on Tesla, is expected to unveil its first production car a year after showing a prototype. Renault-Nissan chief Carlos Ghosn has promised to discuss "a major technological breakthrough in the realization of a zero-emission, zero-fatality world for everyone," according to a statement from CES organizers. The show is also expected to feature advances in robotics, with more human-like robots and the public debut of "Professor Einstein" from Hanson Robotics. Getting a boost from artificial intelligence, some new robots at the show will keep an eye on the kids, play chess or help with homework. Gold said he expects to see a large number of drones looking for a slice of a surging market. On the smartphone front, South Korea's LG will show a range of new "mid-range" handsets and China's Huawei has a smartphone event scheduled. TCL, the Chinese firm which owns the Alcatel brand, will unveil new BlackBerry handsets following its deal for the troubled Canadian brand.
Last Update: Jan 03, 2017 1:10 am
RELATED TOPICS