GSM companies in Turkey to continue investments in 2017 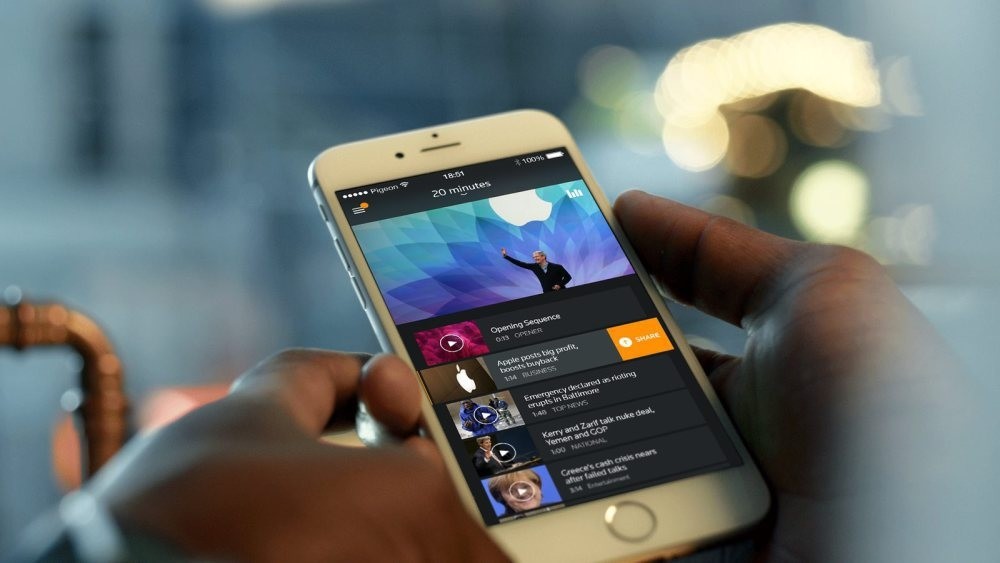 Major GSM companies operating in Turkey are determined to continue their investments throughout 2017, focusing, in particular, on developments such as 5G that will make Turkey stand out in the global communications sector

Leading GSM (Global System for Mobile Communications) operators in Turkey have expressed their confidence in the country's economy, saying they will carry on with investments in 2017.

In an interview with Anadolu Agency, Türk Telekom CEO Paul Doany pointed out that 2016 was a year in which Turkey was further cemented by a sense of national unity and solidarity, and displayed "exemplary" progress and development in a number of areas.

Stressing that the vital role of communications was seen once again, especially during and after the July 15 coup attempt, Doany noted that they undertook significant responsibility. "Despite all the problems, we are very happy and proud that our country has left these hard times behind and gained more strength. We will continue to increase our investments with the belief in the power of Turkish democracy," he said.

Describing Turkey's transition to 4.5G technology as the most significant development last year on a sectoral basis, Doany referred to the efforts Türk Telekom is conducting for 5G technology. He announced that they would continue to lead the sector in the development of 5G technologies that constitute the basis of the mobile future with investments they will continue to make without letup. Doany pointed out that information and communication technologies play a vital role both in Turkey and the world economy and society, saying that the Turkish state's 2023 vision supports this development.

Doany pointed out that they aim to make Turkey a digital center in the region and continue to serve as a locomotive for the industry to enable all industries to grow in the country. With this mission, Türk Telekom, the leading player in investment in the communications sector, aims to invest TL 10 billion in Turkey's future in digital services, excluding license fees, over the next three years, starting in 2017. "With our belief in Turkey's young and dynamic population, robust economy and the power of Turkish democracy, we will continue our investments and studies unabated in 2017 to enable our country to leave its mark in the global arena in the new era that we define as Industry 4.0," Doany said.

With 4.5G, Turkey in the world league of communication sectorReferring to the fact that the most important development that struck the sector in 2016 is 4.5G, Vodafone Turkey CEO Colman Deegan said 4. 5G also stood out as one of the customer-oriented breakthroughs in the sector. He added, "With this step that we consider to be extremely important for the spread of digitalization across the country, Turkey rose to the communications sector's world league in 2016."

According to Deegan, Vodafone Turkey will lead digitalization in 2017, and there are important issues on the sector's agenda regarding both fixed and mobile services in 2017. "As the sector and the country, we think investments in fiber systems must be increased, joint investments must be encouraged and the existing obstacles to investments must be eliminated in order to both draw a correct roadmap for 5G and ensure end-to-end digitalization in houses in Turkey, which must be prioritized within the framework of a national broadband plan," he suggested.

Deegan further noted that if an environment where investment-encouraging models are developed and investment attempts are rewarded can be ensured in the sector, Turkey will be one of the leading countries in the region's communications sector. Vodafone Turkey continues to carry its global experience in 4.5G to Turkey on the one hand, and maintains preparations for the 5G technology, which is expected to be 10 to 100 times faster than 4.5G and offer higher capacity of up to 1,000 times, he added. Underlining that they have a long-term view of their investments in Turkey, Deegan noted they will continue to make investments that will make greater contributions to the Turkish economy thanks to their belief in the country's potential and long-term vision.

Vodafone Turkey will work to further improve its successful performance in Turkey in the first 10 years of its presence in the country, Deegan confirmed. As one of the largest international direct investors investing in Turkey, the company will continue to make significant investments in line with its long-term growth vision. Deegan stated, "We will continue our investments with the same speed and determination in 2017. We will offer our global experience in broadband technologies to our customers and offer the best service to them." Vodafone Turkey also makes efforts to make digitalization cover the entirety of Turkey, each individual, each house and each institution. It will increase investments to offer a perfect customer experience, Deegan said.

'Twenty-five percent of our internet traffic comes from 4.5G'Turkcell General Manager Kaan Terzioğlu stated that they closed the year 2016 with a very good performance for Turkcell Group and Turkcell Turkey, adding that the most significant development in the communications industry in 2016 was the introduction of 4.5G.

According to Terzioğu, Turkcell received the largest number of frequencies by making the biggest contribution to the Turkish economy during the 4.5G tender. So, it established the world's strongest 4.5G infrastructure and provides the world's fastest mobile internet to its customers in Istanbul, Ankara and İzmir.

Currently, 25 percent of Turkcell's total internet traffic is created by the data that is consumed by 4.5G subscribers. The per-person data usage in Turkcell networks has increased to 2.5 GB with a 59 percent upsurge and mobile Internet and application usage has rapidly increased. Terzioğlu described the July 15 coup attempt as the most significant incident of 2016, saying that they were the fastest brand to respond to this attempt.

Terzioğlu also shared his expectations for the new year, saying that macroeconomic data and global developments indicate that 2017 will be a challenging year in general terms. He continued, "The developments that took place in the recent period of 2016 also give a clue about this. We anticipate that 4.5G will maintain our growth, the consumption of data will change in a positive direction, and the possible demand for new digital services that we have offered to the market will be balancing elements for us."

Turkcell allocates nearly 20 percent to 25 percent of its annual turnover to investments in mobile and fixed technologies in different countries. A total of 95 percent of the company's investments are dedicated to data-related issues. Stressing that Turkcell's future growth will be dependent on data, Terzioğlu said they will continue to process data and sell it as music, TV services and cloud services.