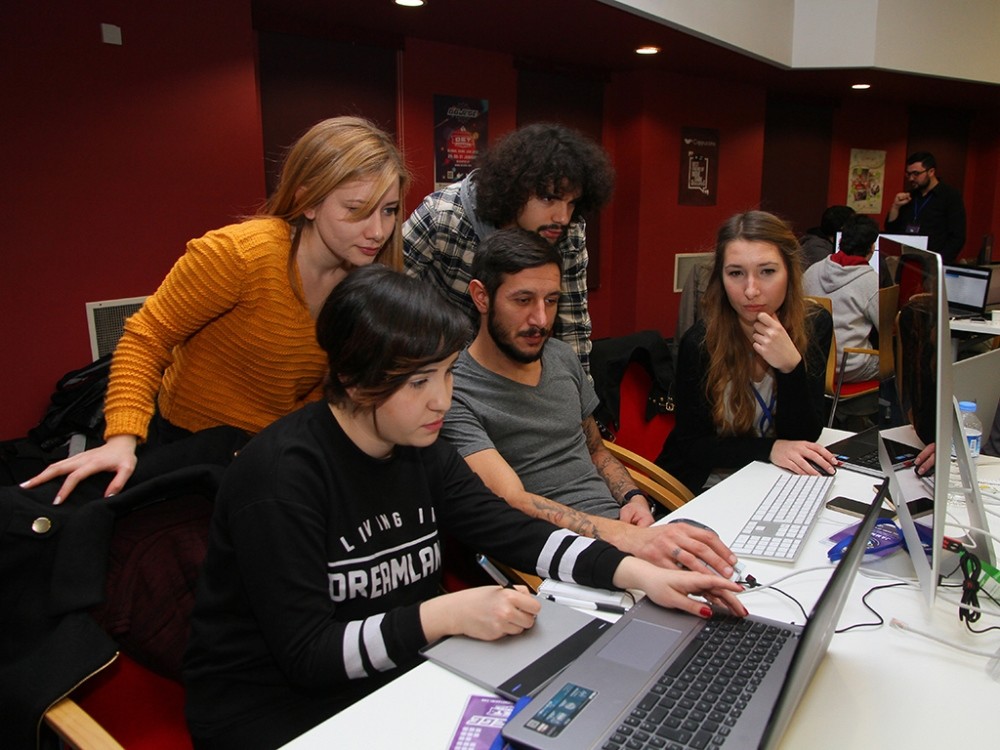 by Daily Sabah with AA Jan 20, 2017 12:00 am
The world's largest game jam event, the Global Game Jam (GGJ), will be concurrently taking place around the world including Turkey from late todayw to Sunday this week.

The event stirs a global creative buzz in games, while at the same time exploring the process of development, be it programming, iterative design, narrative exploration or artistic expression. Focusing on game development, the Global Game Jam is not a competition but rather gathers game enthusiasts for 48 hours of innovation. This year, Turkey is expected to break a record with 800 game developers at nine different physical locations. More than 90 countries and 20,000 game developers are joining the event simultaneously around the world. This year's game theme will be announced by 5 p.m. online.

Turkey first joined the GGJ in 2009 with the initiatives of the Middle East Technical University's (ODTÜ) techno-city and has become a big part of the global team. Today the GGJ's Turkey leg - GGJ Atom - is gathering at the university's congress center for a side event.

According to the GGJ's official website, the structure of a jam is usually that everyone gathers on Friday late afternoon, watches a short video keynote with advice from leading game developers, and then a secret theme is announced. All sites worldwide are then challenged to make games based on that same theme, with games to be completed by Sunday afternoon. During the 48 hours, the participants test their skills and design, and develop and create a new game. So far the GGJ has paved the way for new collaborations and network opportunities in the game industry.

Elif Karaata, the program manager of the GGJ Atom Pre-Incubation Center, said the event is a big opportunity for game business. The event's branch in Turkey is supported by Turkey's Game Developers Association (TOGED). TOGED President Ali Erken said the event concurrently takes place in different Turkish cities like Ankara, Istanbul, İzmir, Konya and Malatya. As the event does not follow a competition procedure, groups celebrate their own productions during an online ceremony.
RELATED TOPICS