Samsung to announce cause of Galaxy Note 7 fire on Monday 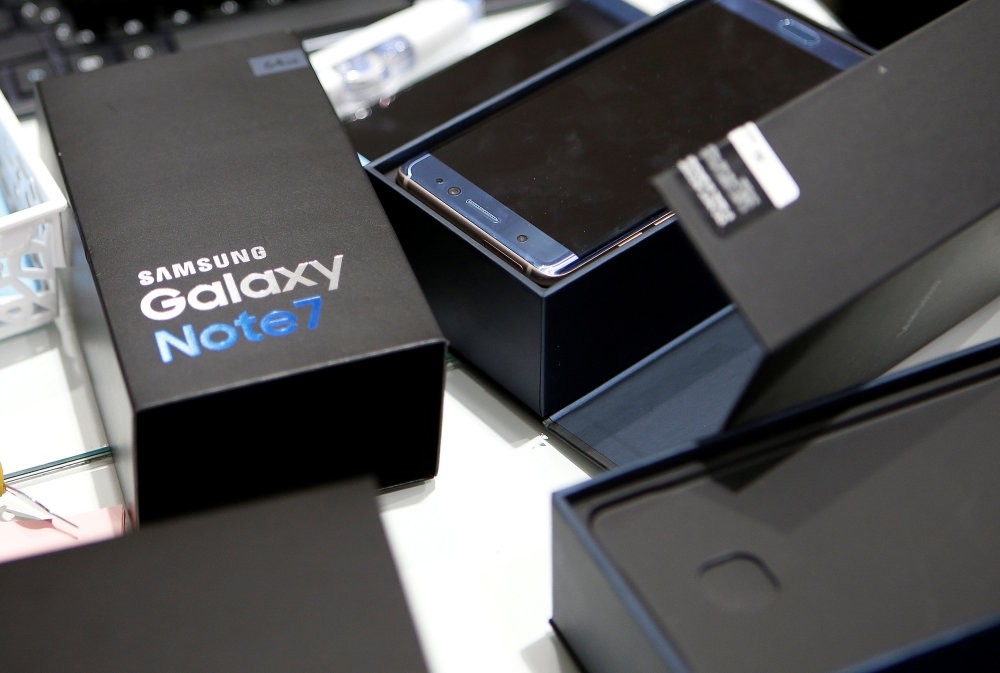 by Compiled from Wire Services Jan 21, 2017 12:00 am
Samsung Electronics said Friday it will announce on Jan. 23 the reason why its Galaxy Note 7 smartphones overheated and caught fire. The announcement will be livestreamed in Chinese, English and Korean on its websites. Koh Dong-jin, Samsung's mobile president, will give details of the probe. The Galaxy Note 7 was a fiasco for the world's largest smartphone maker. Samsung recalled and eventually discontinued it after numerous reports of it overheating and bursting into flames.

Initially, Samsung said it found a small error in the manufacturing process for some of the batteries in the phones was to blame. It replaced the phones with a new battery but those replaced phones also overheated and caught fire, prompting Samsung to pull the phones from the market. That cost Samsung at least $5 billion. The announcement comes after a South Korean court dismissed on Thursday a request by prosecutors to arrest Samsung Vice Chairman Lee Jae-yong heir. Lee, the conglomerate's heir and de facto head, is under investigation for alleged bribery in connection with an influence-peddling scandal that led to the impeachment of President Park Geun-hye, according to AP.

Meanwhile, South Korea's special prosecutor's office said on Friday it summoned a Samsung Electronics Co Ltd executive for questioning as it investigates a widening influence-peddling scandal that has embroiled President Park Geun-hye, according to Reuters. The office said it had summoned Executive Vice President Hwang Sung-soo for questioning on Friday,

adding he was classified as a witness. It did not elaborate. Hwang is the fifth executive of Samsung Group, the country's top conglomerate, the prosecutor has summoned. Samsung

Electronics is the flagship company of Samsung Group and is the world's top manufacturer of smartphones, memory chips and flat-screen televisions. Samsung Group leader Jay Y. Lee and Vice Chairman Choi Gee-sung have been classified as suspects by the prosecution, which has been investigating whether the conglomerate paid bribes to Park's confidant, Choi Soon-sil, to win support from the National Pension Service for the 2015 merger of two Samsung Group affiliates. Park, 64, was impeached last month by parliament over allegations that she allowed her friend, Choi, to exert inappropriate influence over state affairs. Choi is accused of colluding with Park to pressure big businesses to contribute to non-profit foundations backing the president's initiatives and is in detention as she undergoes trial. Prosecutors accused Samsung chief Lee of paying bribes totalling 43 billion won ($37 million) to organisations linked to Choi to secure the 2015 merger of Samsung C&T Corp and Cheil Industries Inc.
RELATED TOPICS