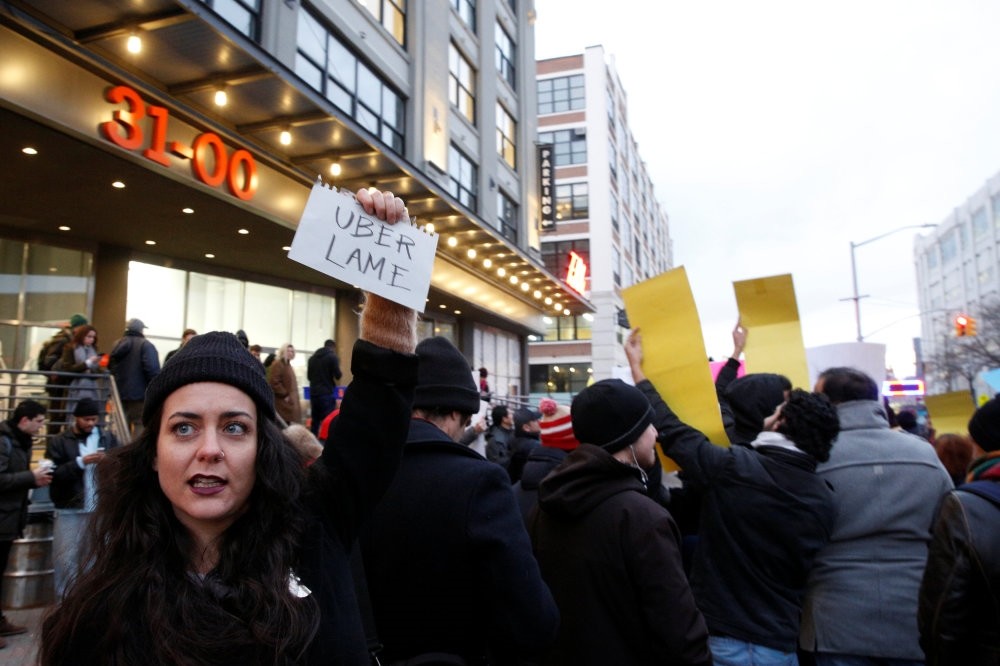 The ride-sharing company will conduct an urgent investigation into claims of sexual harassment at the company. A blog post written by former Uber engineer Susan Fowler detailed a litany of instances during her time at the firm

The chief executive of Uber Technologies Inc has ordered an "urgent investigation" into claims of sexual harassment at the ride-hailing service made by a former employee. Chief Executive Travis Kalanick said on Sunday he instructed his chief human resources officer to investigate the accusations described in a blog post by Susan Fowler, who worked as an engineer at Uber from November 2015 to December 2016. In a statement sent to Reuters, Kalanick called Fowler's allegations "abhorrent and against everything Uber stands for and believes in."

Fowler wrote in a blog post published Sunday that she was subjected to sexual advances but, when she reported the offense to human resources officials and management, they declined to punish the offender because he "was a high performer."

Fowler, who is now an engineer at payments company Stripe, said her manager used the company's chat software to try "to get me to have sex with him." She took screenshots of the messages and reported him. Instead, management said "they wouldn't feel comfortable punishing him for what was probably just an innocent mistake on his part," Fowler wrote.

Fowler's tale prompted a backlash, including a revival of the #DeleteUber movement, which stemmed from accusations that the San Francisco ride service aimed to profit from a protest last month at New York's John F. Kennedy Airport following President Donald Trump's executive order banning refugees and immigrants from certain countries.

"We seek to make Uber a just workplace and there can be absolutely no place for this kind of behavior at Uber - and anyone who behaves this way or thinks this is OK will be fired," Kalanick said on Sunday.

Arianna Huffington, who joined Uber's board last year, said in a tweet that she would work with the company's new chief human resources officer, Liane Hornsey, to conduct the investigation.

Many women working in Silicon Valley, particularly in highly technical roles, say they have experienced misogyny and harassment in the male-dominated field. Technology companies are under mounting pressure to hire more diverse workforces - including more women, blacks and Latinos - but progress has been slow. Fowler said that when she joined Uber, the division she worked in comprised more than 25 percent women. By the time she left, only 3 percent of the 150 or so engineers were women.

Since being founded in 2009, Uber has gained a reputation as a company that espouses Silicon Valley's so-called "bro" culture of male-dominated, macho work environments. That view was exacerbated three years ago when Kalanick quipped, in an interview with GQ Magazine, that an on-demand service for women might be called "Boober".

In 2014, Buzzfeed reported that Uber executive Emil Michael had suggested the firm would spend money on digging up dirt on Sarah Lacy, a technology journalist who accused the firm of being misogynistic. This latest, most detailed critique of the company's working culture is perhaps the most damaging yet.

"When I joined Uber, the organisation I was part of was over 25 percent women," Fowler wrote. "By the time I was trying to transfer to another [engineering] organisation, this number had dropped down to less than 6 percent.

"Women were transferring out of the organisation, and those who couldn't transfer were quitting or preparing to quit."

She now works at payments company Stripe, also based in San Francisco.