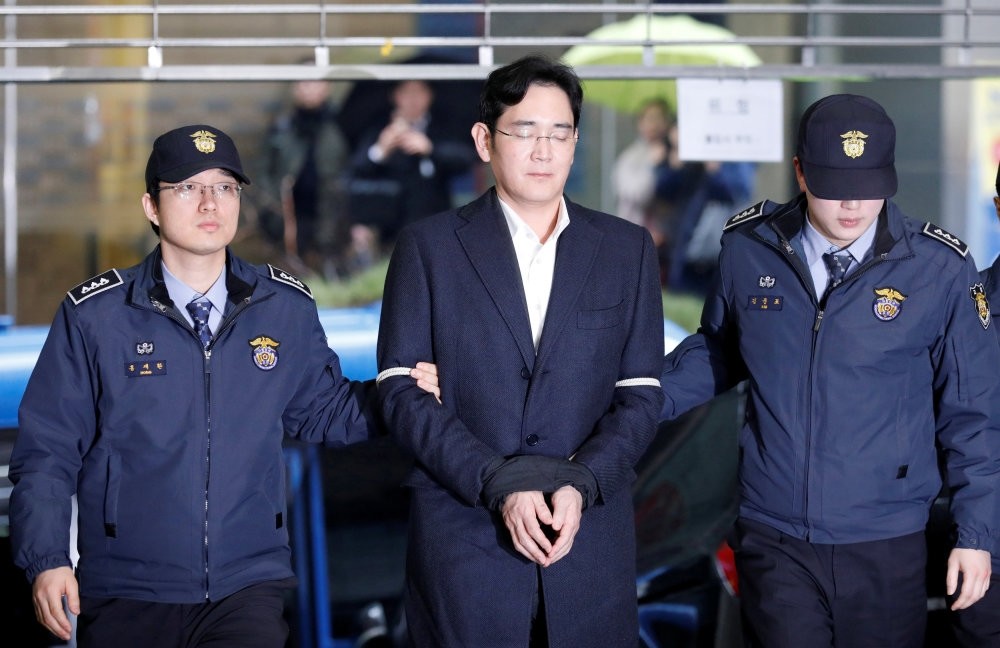 Samsung Group chief, Jay Y. Lee arrives at the office of the independent counsel team in Seoul. (Reuters Photo)
by Mar 04, 2017 12:00 am
Samsung Group leader Jay Y. Lee will go on trial for bribery and embezzlement on Thursday, a court said, amid a corruption scandal that has rocked South Korea and led to the impeachment of the president. Lee, the 48-year-old third-generation leader of the country's top conglomerate, was indicted on Tuesday on charges including pledging 43 billion won ($37.24 million) in payments to a confidant of President Park Geun-hye.

"We are preparing hard, thinking that the upcoming Samsung trial ... could be the trial of the century that the entire world will be watching," special prosecutor Park Young-soo told reporters.

The Samsung scion's hearing will be held in a court that can accommodate more than 150 people, according to the Seoul Central District Court's court database. Lee, who was arrested on Feb. 17, was charged with bribery and embezzlement in a case that has dealt a blow to the standard bearer for Asia's fourth-largest economy.

Among the charges against Lee are pledging bribes to a company and organisations tied to Park's confidant, Choi Soon-sil, the woman at the centre of the scandal, to cement his control of the smartphones-to-biopharmaceuticals business empire.

The funding also included Samsung's sponsorship of the equestrian career of Choi's daughter, prosecutors say. Legislation appointing the special prosecutor states that the trial should be finished in three months.

President Park, 65, daughter of a former military strongman, has had her powers suspended since her impeachment by parliament in December. Should the Constitutional Court uphold the impeachment, she would become the country's first democratically elected president to be thrown out of office. A decision is expected this month.