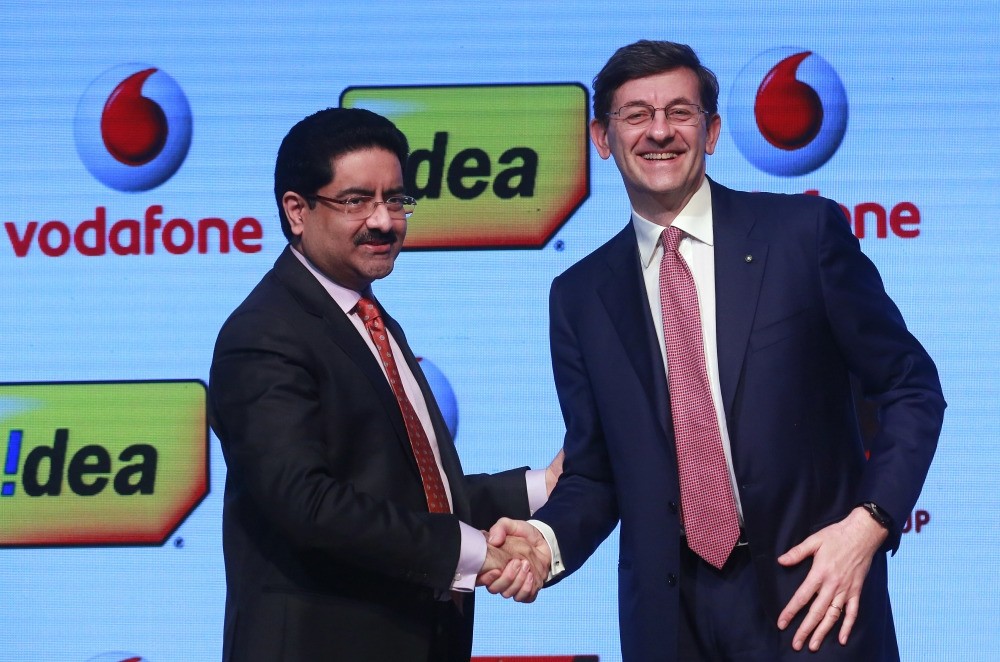 "Vodafone Group Plc and Idea Cellular today announced that they have reached an agreement to combine their operations in India," they said in a statement to the Bombay Stock Exchange (BSE).

"The combined company would become the leading communications provider in India with almost 400 million customers, 35 percent customer market share and 41 percent revenue market share," the statement added. The confirmation ended months of speculation that the two operators were ready to sign a deal to help fend off Reliance Jio, whose recent arrival has shaken up India's ultra-competitive mobile network market. Reliance Jio is owned by India's richest man Mukesh Ambani and has sparked a rush toward consolidation in the market since starting operations last year. The 4G Jio network launched in September with an audacious free service for the rest of 2016, followed by vastly cheaper data plans and free voice calls for life.

It forced rivals to dramatically slash their tariffs and left them scrambling to match the deep pockets of Jio, which is backed by India's hugely wealthy energy-to-chemicals conglomerate Reliance Industries. Shares in Idea rose almost 4 percent in Mumbai following announcement of the deal, which will see the combined company overtake Bharti Airtel as India's largest telecoms operator.

Vodafone will hold 45.1 percent of the merged entity after it transfers a 4.9 percent stake to Idea backers for 39 billion rupees ($579 million) in cash. Idea will hold 26 percent in the combined company and the merger will take up two years to complete. The agreement excludes Vodafone's 42 percent stake in Indus Towers. The merged firm will be worth $23.2 billion, based on the combined enterprise value of $12.4 billion for Vodafone India and $10.8 billion for Idea Cellular, according to Bloomberg News. The companies will be able to nominate three directors each, the statement said.

Global brokerage firm CLSA has estimated that the Vodafone-Idea tie-up would command a revenue market share of 43 percent by the start of the 2019-20 financial year, ahead of Airtel on 33 percent. Jio would have 13 percent. Indian telecoms analyst Baburajan Kizhakedath said the two companies would make savings by merging but would come under pressure to reduce tariffs.

"The merged entity will not be able to withstand pressure from Jio because both Vodafone and Idea Cellular are not seen as aggressive as Jio and Bharti Airtel," he told AFP. The announcement is the latest move towards consolidation as telecommunication companies in India scramble to shore up their status or cut their losses and run in the face of Jio's aggressive price war. Norwegian multinational Telenor announced last month that it was selling up to Airtel, saying the amount of money needed to be competitive in the multi-billion dollar sector would not offer an acceptable level of return. The withdrawal came after Videocon Telecom told subscribers in January that it was planned.
RELATED TOPICS