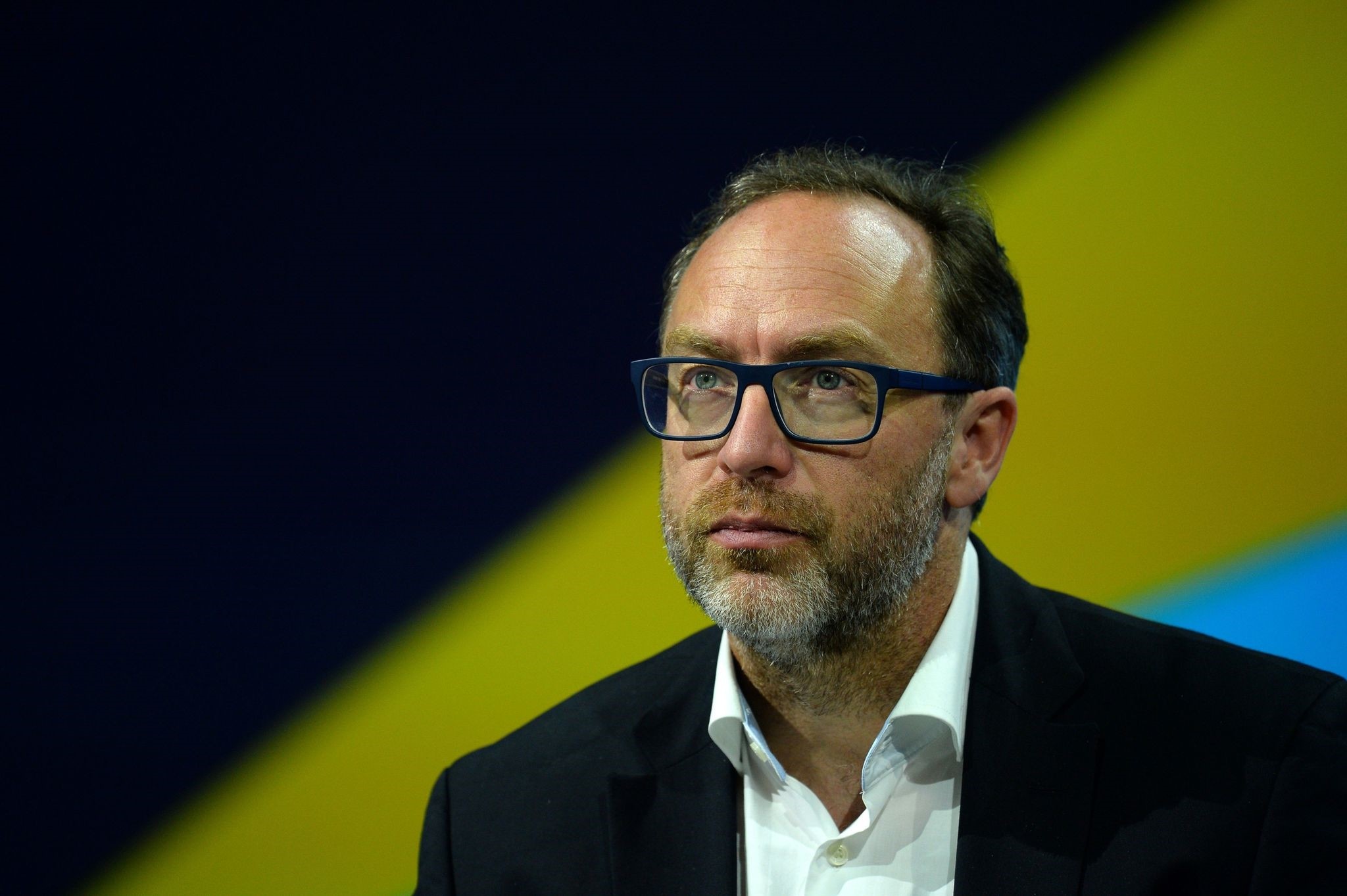 This file photo taken on June 30, 2016 shows Jimmy Wales, co-founder and promoter of the online non-profit encyclopedia Wikipedia attends the Viva Technology event in Paris. (AFP Photo)
by Apr 25, 2017 12:00 am

The founder of online encyclopaedia Wikipedia has announced plans for a crowd-funded news website offering stories by journalists and volunteers working together, an initiative he hopes will counter the spread of fake news.

Jimmy Wales said the new platform, Wikitribune, would be free to read and carry no advertising, instead relying on supporters to fund it, while the accuracy of its articles would be easily verifiable as source material would be published.

"The news is broken, but we've figured out how to fix it," he said in a promotional video posted on the website's homepage, which does not yet carry any news stories. The page indicates the platform will go live in 29 days.

The initial goal is to raise sufficient funds to hire 10 professional journalists. The website is set up to encourage supporters to give $10 a month, but the amount and frequency of gifts can easily be modified.

The online proliferation of fake news, some of it generated for profit and some for political ends, became a major topic of angst and debate in many developed countries during last year's U.S. presidential election.

Charlie Beckett, media professor at the London School of Economics, welcomed Wikitribune as an attempt to tackle a lack of public trust in mainstream media, but questioned whether it would have the scale and reach to stem the flow of fake news.

"The kind of people who will pay attention to Wikitribune and contribute to it are people who are already pretty media-literate," he told Reuters.

Wales argued in his video that because Internet users expected news to be free, news sites were reliant on advertising money, which incentivized them to produce "clickbait" rather than quality output.

He also said social media networks, where an ever-increasing number of people get their news, were designed to show users what they wanted to see, confirming their biases.

The Wikitribune website said articles would be authored, fact-checked and verified by journalists and volunteers working together, while users would be able to flag up issues and submit fixes for review.

Beckett said journalists could benefit from tapping into expertise or information held by readers, but said this was already being done by many mainstream media. He also said it was not a miracle remedy against inaccuracy.

"There's nothing magical about being a citizen. As a citizen you have your own bias and prejudice and experience as well," he said.