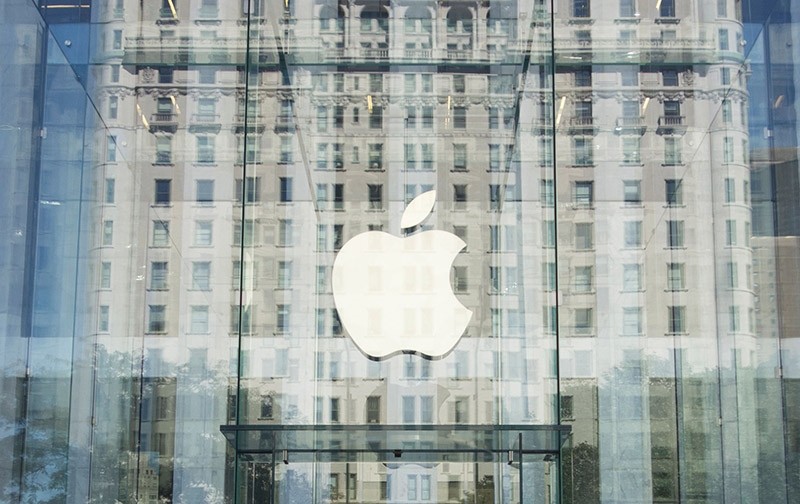 Apple reported a rise in quarterly profits Tuesday, but its shares took a hit from weaker iPhone sales ahead of a 10-year-anniversary model on the horizon.

Apple said its profit climbed 4.9 percent to slightly more than $11 billion on revenue rising 4.6 percent to $52.9 billion in the quarterly period that ended April 1.

Shares of the California-based company were down nearly 2 percent to $144.94 in after-market trades that followed release of the earnings figures.

"We are proud to report a strong March quarter, with revenue growth accelerating from the December quarter and continued robust demand for iPhone 7 Plus," Apple chief executive Tim Cook said in the earnings release.

Still, iPhone sales dipped slightly compared with a year ago to 50.8 million units, below most forecasts for the key profit machine for Apple.

During a conference call with analysts, Cook said Apple was seeing a "pause" in iPhone purchases that he felt was caused by unconfirmed "reports about future iPhones."

"That is clearly what is going on," Cook said.

Apple has annually unveiled new iPhone models during special events in September, with major innovations anticipated this year because it will mark the 10th anniversary of the debut of the world-changing mobile device.

Still, the company contended that iPhone sales were better than it had expected, and skewed toward large-screen iPhone 7 models that have higher margins of profit.

Apple also announced that its board of directors authorized an additional $50 billion for dividends and buying back shares in the company, raising to $300 billion the total amount of cash to be spent in the program.

While Apple has become the world's most valuable company, analysts are looking at how the company is diversifying in the face of a saturated smartphone market and increasing competition.

Apple also reported a 14 percent drop in revenues from a year earlier for "Greater China," dropping the region behind Europe and the Americas in terms of sales.

A strong U.S. dollar facing off with weaker currencies were blamed for a strong "headwind" that pushed revenue down.

Sales of Macintosh computers did well in China, with revenue up about 20 percent, and the company's retail shops were drawing crowds.

"We continued to believe there is an enormous opportunity there," Cook said of mainland China.

"In the scheme of things, our business is pretty large there."

Apple is also investing heavily in India, the third largest smartphone market in the world behind China and the U.S., according to Cook.

Apple touted growth of revenue from online services or digital content, which it boasted was on its way to be on scale with a Fortune 100 company in terms of revenue.

For the second quarter in a row, revenue reported from Apple services topped $7 billion.

While not disclosing exact numbers, executives said Apple Watch sales double from the same quarter last year and touted it as the best selling smartwatch in the world.

Sales of "other products," which include AirPods wireless ear pieces and Apple Watch, posted a 31 percent increase in revenue over the prior year.

Combining revenue from Apple Watch, AirPods and Beats headphone sales over the course of the last year would give Apple's "wearables" offerings the scale of a Fortune 500 company, according to Cook.

Apple's cash holdings meanwhile rose to a record $256.8 billion, a figure that raises questions for how the company will manage its massive reserves.

Apple remains under pressure to wow the world with a tenth anniversary edition iPhone and to come up with a must-have next big thing.

"Among many consumers, there is a sense that Apple is falling behind rivals," GlobalData Retail managing directory Neil Saunders said in an earnings note.

"Apple needs to get back on the front foot if it is to grow its market share in phones."

While Apple spotlights its growing services business, those offerings are tied to having iPhones in people's hands.

Rumors buzzing ahead of an annual Apple developers conference next month include possible plans for a voice-controlled speaker that would take on Amazon's Echo and Google Home in the digital home assistant market.

"In more cutting edge areas, like personal home assistants, Apple has seemingly little to offer and has allowed players like Google and Amazon to steal a march," Saunders said.