Apple steps up its effort to emphasize its economic impact 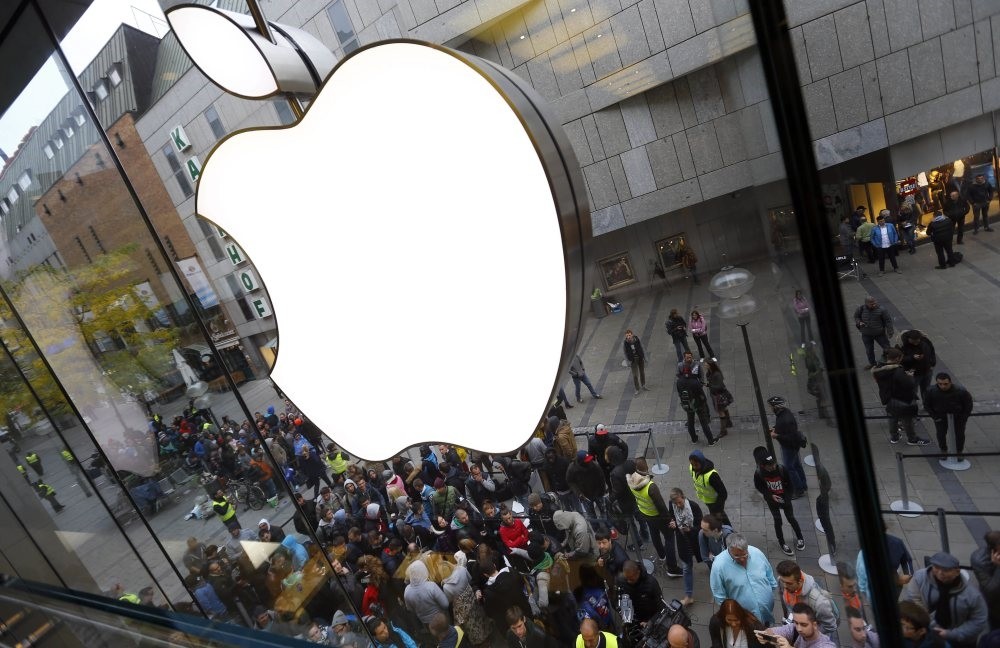 For the first time, the tech giant released a breakdown of where its 80,000 U.S. employees work, showing that most of them are located outside Silicon Valley. It also announced a $1 billion fund aimed at creating more manufacturing jobs

Apple is getting more aggressive about emphasizing its role in the U.S. economy, apparently hoping to counter recurring criticism over its reliance on overseas factories. On Wednesday, Apple for the first time released a state-by-state breakdown of where its 80,000 U.S. employees work, showing that more than half of them are located outside Silicon Valley. It also announced a $1 billion fund aimed at creating more U.S. manufacturing jobs, although it provided few details. The strategy appears aimed at complicating efforts by President Donald Trump and other politicians to vilify Apple for using companies in China and elsewhere to assemble most of its products. Apple had no comment on political ramifications of its announcements.

CEO Tim Cook first described the manufacturing fund an interview on CNBC, but didn't say how the money will be disbursed or who will be eligible to receive it. Apple will provide more details when it announces its first investment by the end of the month, he said. Apple's initial billion-dollar investment amounts to a tiny fraction of its $257 billion in cash.

Cook also promised that Apple will hire "thousands of employees, thousands more in the future" in the U.S., although he didn't specify how quickly that will happen. Apple's U.S. payroll has grown roughly 40-fold since 1998, when it had 5,000 U.S. workers. Cook also said Apple is examining ways to help more people learn the programming skills to make apps.

Trump has threatened to impose tariffs on products from China, a change that would drive up Apple's costs. That could pressure the company to raise its prices at a time when it is already having trouble increasing its sales of iPhones and iPads.

Cook isn't the only CEO who has been trying to highlight his company's hiring and expansion plans in the U.S. Trump has attacked many companies, frequently on Twitter, for moving jobs out of the U.S. and lavishly praised those who have announced major hiring initiatives. As a result, many companies, including Exxon Mobil, Intel, Charter Communications and Ford Motor, have unveiled big hiring plans, though in many cases they were already in the works before the presidential campaign.

"There is a lot of political pressure to create jobs in the United States," Diane Swonk, CEO of DS Economics, said. Chief executives "do not want to show up in a tweet."

Since 2014, Apple has issued a series of reports intended to underscore its contributions to U.S. jobs and economic growth. Its first report came after years of complaints about labor practices and suicides at Foxconn, one of the company's major contractors in China, drew more attention to Apple's reliance on overseas factories. Apple to also issues a separate "supplier responsibility" report reviewing the labor conditions in those facilities.

The Wednesday report on U.S jobs is its fourth update, but the first to include a state-by-state breakdown of Apple employees. Unsurprisingly, the numbers show its highest concentration of workers (36,786) is located in California, home to the company's Silicon Valley headquarters and 53 stores. Apple's second biggest employment center is in Texas (8,407 jobs), where it has a corporate campus and 18 stores. Its smallest pockets of employment are in North Dakota (four jobs), Vermont (six) and Wyoming (seven).

Besides showing how many of its full-time and part-time employees work in each state, Apple also lists where its 9,000 U.S. suppliers are located. The company says it spent more than $50 billion at its U.S. suppliers last year, helping them employ a total of 450,000 workers.

The company also cited a study by the Progressive Policy Institute that attributes 1.5 million U.S. jobs to Apple's iPhone "ecosystem." That figure not only includes programmers that work on the apps, but also supporting staff and employees working everywhere from banks to restaurants that have jobs because of the spending generated by apps.
RELATED TOPICS