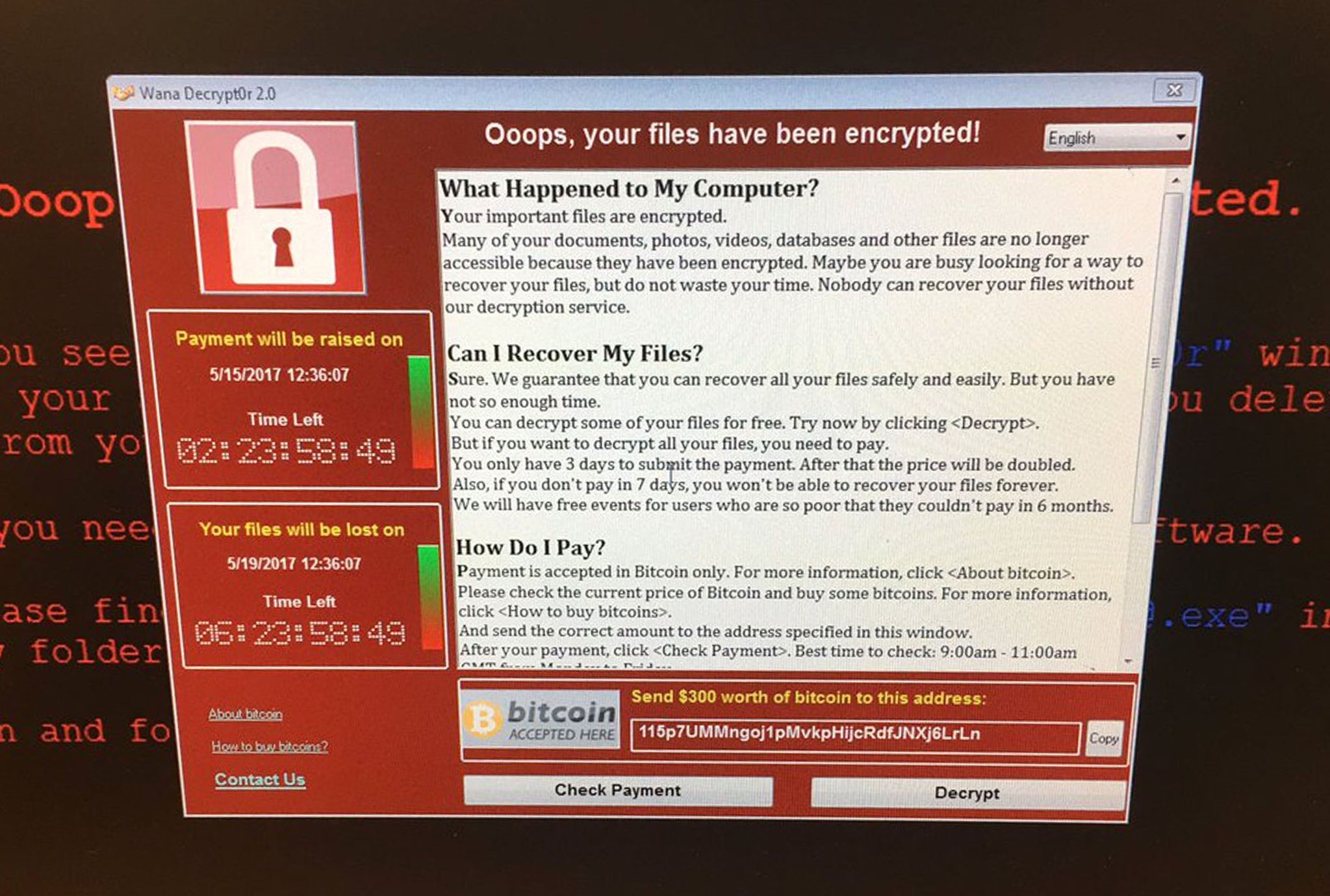 Hospitals and doctors' surgeries in parts of England were forced to turn away patients and cancel appointments. People in affected areas were being advised to seek medical care only in emergencies.

"We are experiencing a major IT disruption and there are delays at all of our hospitals," said the Barts Health group, which manages major London hospitals. Routine appointments had been cancelled and ambulances were being diverted to neighbouring hospitals.

A top Russian mobile operator says it has come under cyberattacks that appeared similar to those that have crippled some U.K. hospitals.

Pyotr Lidov, a spokesman for Megafon, said Friday's attacks froze computers in company's offices across Russia. He said that mobile communications haven't been affected. Lidov said that the attack involved demands of payment of $300 worth to free up the system.

He added that the company managed to restore the work of its call center but closed most of its offices for the day.

Meanwhile, Russian media also reported cyberattacks on the Interior Ministry. A spokeswoman for the ministry told Interfax that around 1,000 computers at the ministry have been affected.

A source familiar with the matter told Interfax that the ministry did not lose any information in the attacks.

Telecommunications giant Telefonica was among the targets in Spain, though it said the attack was limited to some computers on an internal network and had not affected clients or services.

Authorities in the countries said the attack was conducted using 'ransomware' - malicious software that infects machines, locks them up by encrypting data and demands a ransom to restore access. They identified the type of malware as 'Wanna Cry', also known as 'Wanna Decryptor'.

A Telefonica spokesman said a window appeared on screens of infected computers that demanded payment with the digital currency bitcoin in order to regain access to files.

In Spain, the attacks did not disrupt the provision of services or networks operations of the victims, the government said in a statement. Still, the news prompted security teams at large financial services firms and businesses around the world to review their plans for defending against ransomware attacks, according to executives with private cyber security firms.

A spokeswoman for Portugal Telecom said: "We were the target of an attack, like what is happening in all of Europe, a large scale-attack, but none of our services were affected."

British based cyber researcher Chris Doman of AlienVault said the ransomware "looks to be targeting a wide range of countries", with preliminary evidence of infections from 14 countries so far, also including Russia, Indonesia and Ukraine.

A spokesman for British Prime Minister Theresa May said she was being kept informed of the incident, which came less than four weeks before a parliamentary election in which national security and the management of the state-run National Health Service (NHS) are important campaign themes.

Authorities in Britain have been braced for possible cyberattacks in the run-up to the vote, as happened during last year's U.S. election and on the eve of this month's presidential vote in France.

But those attacks - blamed on Russia, which has repeatedly denied them - followed a entirely different modus operandi involving penetrating the accounts of individuals and political organisations and then releasing hacked material online.

The full extent of Friday's disruption in Britain remained unclear.

"This attack was not specifically targeted at the NHS and is affecting organisations from across a range of sectors," NHS Digital, the computer arm of the health service, said in a statement.

Britain's National Cyber Security Centre, part of the GCHQ spy agency, said it was aware of a cyber incident and was working with NHS Digital and the police to investigate.

Although cyber extortion cases have been rising for several years, they have to date affected small-to-mid sized organisations, disrupting services provided by hospitals, police departments, public transportation systems and utilities in the United States and Europe.

"Now that the cyber criminals know they can hit the big guys, they will start to target big corporations. And some of them may not be well prepared for such attacks," Camacho said. In Spain, some big firms took pre-emptive steps to thwart ransomware attacks following a warning from Spain's National Cryptology Centre of "a massive ransomware attack."

Iberdrola and Gas Natural, along with Vodafone's unit in Spain, asked staff to turn off computers or cut off internet access in case they had been compromised, representatives from the firms said.

It was not immediately clear how many Spanish organizations had been compromised by the attacks, if any critical services had been interrupted or whether victims had paid cyber criminals to regain access to their networks.