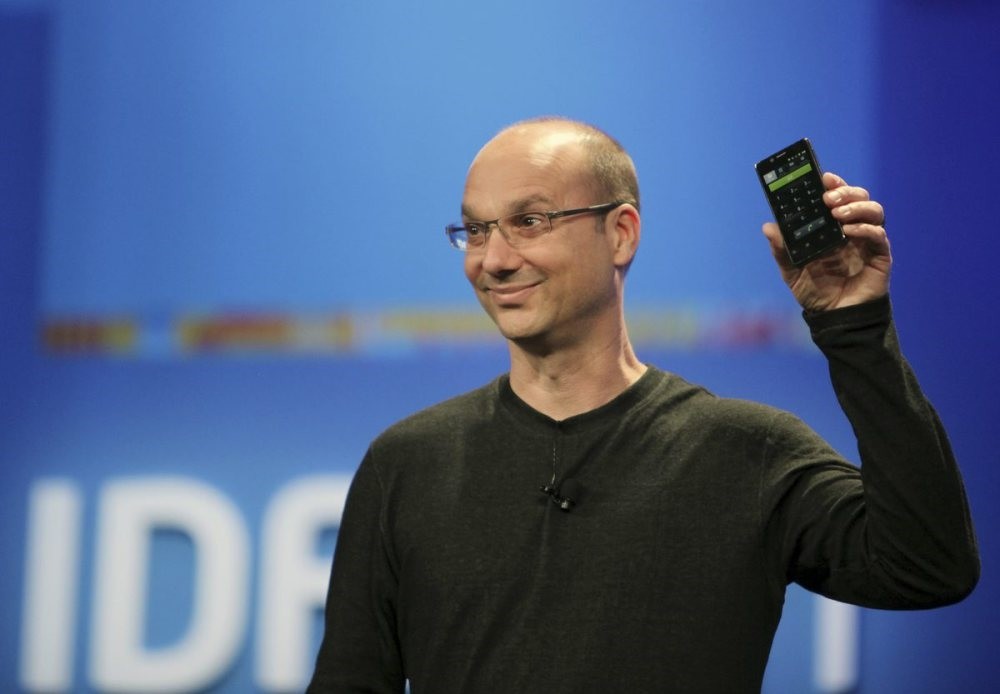 The founder of the Android software powering smartphones around the world has stepped into the hardware market with a handset that promises to tackle the clutter, complexity and rapid obsolescence of current devices. Andy Rubin said in an online post that he is issuing a high-quality phone called "Essential" that includes accessories such as a 360-camera that can be attached magnetically.

"For all the good Android has done to help bring technology to nearly everyone, it has also helped create this weird new world where people are forced to fight with the very technology that was supposed to simplify their lives," Rubin said. The Essential smartphones will first be released in the United States, where they can be reserved on the website www.essential.com for $699. The 360-camera can be ordered for an additional $50.

Rubin expects Essential phones, which are powered by Android software, to begin shipping in about 30 days. Rubin said he created the company behind Essential to use "21st-century methods to build products for the way people want to live in the 21st century."That mission includes letting people decide what features they want on phones, keeping products simple, using premium materials and enabling devices to evolve so they don't "become outdated every year."

Google's abandoned Project Ara dabbled with the idea that smartphones users could customize their devices with modular components. Motorola however recently began to sell its own Android-powered modular smartphone. Rubin was a co-founder of Android, which Google bought in 2005. Google makes Android software, which powers most of the world's smartphones, available free to device makers. But Rubin left the company about three years ago to launch a fund devoted to cultivating hardware technology startups.

The Essential will have to compete in a crowded field."Andy Rubin has quite a reputation and anything he launches will be accorded a fair measure of respect," Jackdaw Research analyst Jan Dawson said.

"But the pitch here feels so much like almost every other new entrant in the market," he added. "I'm extremely skeptical that this phone will do any better than any other recent attempt to change the smartphone market."

Rubin showed off the Essential phone during an on-stage interview at a Code Conference in California late Tuesday. He said that his company is also working on a digital assistant device along the lines of Google Home or Amazon Echo.

Essential is creating a new "Ambient" operating system to power the home assistant. Rubin said the goal is to make it capable of interacting with the broad array of smart appliances or household gadgets no matter which company makes them.