Uber recommendations show company was 'out of control' 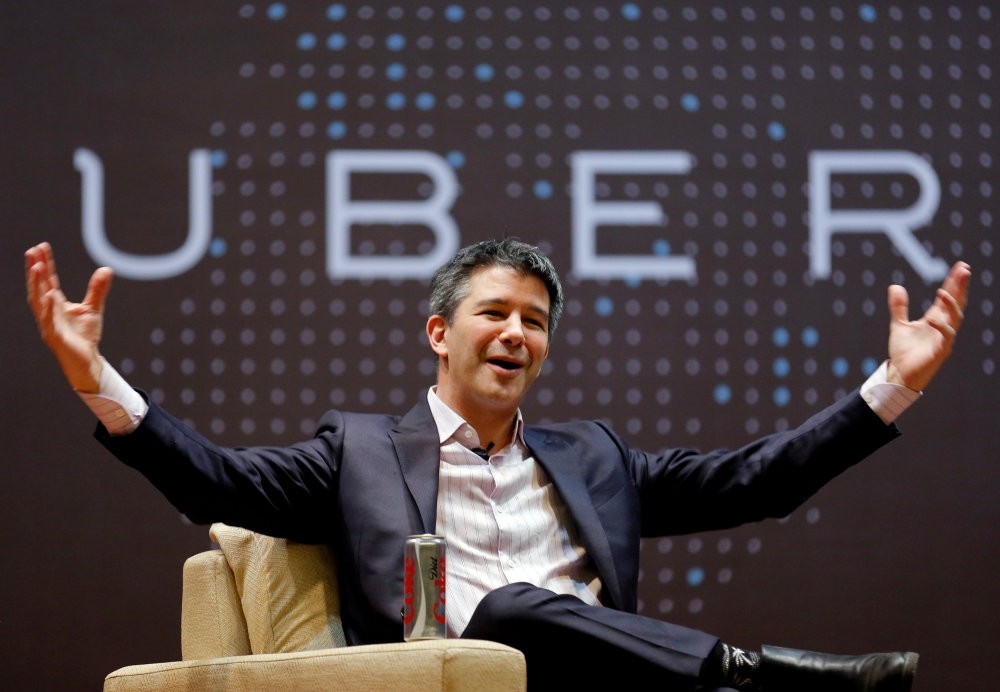 Uber CEO Travis Kalanick speaks to students during a conference at the Indian Institute of Technology (IIT) campus in Mumbai.
by Associated Press Jun 15, 2017 12:00 am

As Uber chief Kalanick takes ‘leave of absence', a recommendation report exposes a startup-turned-goliath that permitted misconduct, had few policies to protect employees and ran with little board supervision

It's clear from former Attorney General Eric Holder's recommendations on how to fix Uber's dysfunctional management that the male-dominated company grew huge without even the most basic procedures to prevent sexual harassment, bullying and other bad behavior. The 13-page document from Holder's firm Covington & Burling LLP released Tuesday exposes a startup-turned-goliath that permitted misconduct, had few policies to protect employees and ran with little board supervision. The recommendations , adopted unanimously by Uber's board, show clearly that the next version of Uber, called 2.0 by CEO co-founder Travis Kalaninck, will have to be much different from the free-wheeling company that flouted regulations and disrupted the taxi business to become the world's largest ride-hailing company. Kalanick told employees Tuesday that he'd be taking an indefinite leave of absence.

And in another strange twist, board member and hedge fund partner David Bonderman resigned Tuesday night after making what he called an inappropriate remark about women at a meeting to explain Holder's recommendations to employees.

The Holder investigation started after former engineer Susan Fowler posted a blog in February detailing harassment during the year she spent at Uber, writing that she was propositioned by her manager on her first day with an engineering team. She reported him to human resources, but was told he would get a lecture and no further punishment because he was a "high performer," she wrote.

After interviewing 200 witnesses, Holder had to make such basic recommendations as setting clear policies to protect workers from harassment, and that the human resources department get a better handle on keeping records and tracking employee complaints. It even suggests such simple procedures as using performance reviews to hold leaders accountable and requiring all employees to turn in receipts so the company can make sure expenses match its values.

The recommendations "definitely paint a picture of a company that was out of control and pretty chaotic," says Elizabeth Ames, a senior vice president at the Anita Borg Institute, a nonprofit aimed at advancing women in the technology business.

Holder also suggests that Uber change its written cultural values to promote positive behavior, inclusion and collaboration. The company should eliminate values that justified poor behavior, such as "Always Be Hustlin'," "Meritocracy and Toe-Stepping" and "Principled Confrontation."

Kalanick wrote that he needs time off to grieve for his mother, who died in a May boating accident. He also said he's responsible for the company's situation and needs to become a better leader - echoing comments the 40-year-old CEO made earlier this year after a heated argument with an Uber driver over pay was captured on video.

Ames said the recommendations were strong but indicated Uber had few policies, and the ones it had were not followed. The board unanimously approved the recommendations on Sunday, including a suggestion that a senior executive be tasked with making sure they are implemented. Apparently because of distrust of some leaders, Holder recommended that care be taken to make sure the executive "is viewed positively by the employees." Under Kalanick, Uber has disrupted the taxi industry and turned the San Francisco-based company into the world's most valuable startup. Uber's valuation has climbed to nearly $70 billion. Besides the harassment complaints, in recent months Uber has been threatened by boycotts, sued and subject to a federal investigation over its use of a fake version of its app to thwart authorities looking into whether it is breaking local laws.