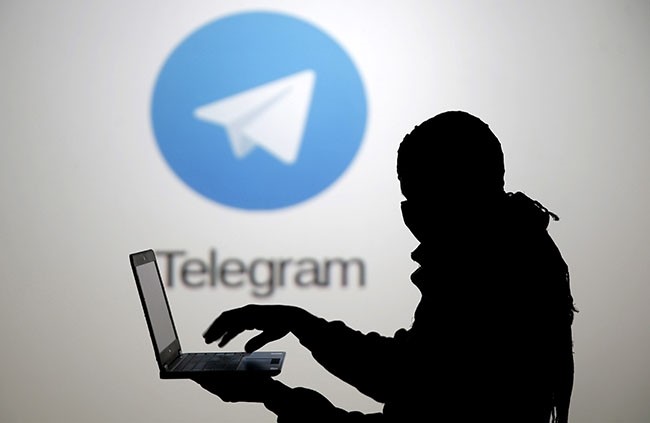 Russia's state communications watchdog threatened Friday to ban the Telegram messaging app, saying the company behind the service had failed to submit company details for registration.

In a message on its website, the Roskomnadzor agency warned that "time is running out" for Telegram to comply with the law.

Otherwise "Telegram must be blocked in Russia," it said.

The free instant messaging app lets people exchange messages, photos and videos in groups of up to 5,000 people. It has attracted about 100 million users since its launch in 2013.

"I publicly call on the Telegram team and personally Pavel Durov: carry out the Russian law!" Zharov wrote, adding: "The choice is yours."

The watchdog said it had been sending messages to the company "practically every day" asking it to send company information for Roskomnadzor's register.

Durov, who has previously refused to bow to government regulation that would compromise the privacy of users, called the threat "paradoxical" on one of his social media accounts.

He said it would force users, including "high-ranking Russian officials" to communicate via apps based in the United States like WhatsApp.

"As soon as Telegram is blocked, the correspondence of Russian officials, their communications with friends and relatives and other sensitive data via WhatsApp/Viber will be transfered to the American-controlled clouds of Apple iCloud/Google Drive," Durov said in a VKontakte post, adding that it look like a "sabotage of state interests."

Responding to Durov's post, Zharov claimed that Telegram ignores the safety of ordinary citizens, and provides terrorists and criminals with an opportunity to communicate. He also said that Durov's statement makes him neutral to terrorism.

Durov said in April that the app had "consistently defended our users' privacy" and "never made any deals with governments."

But the service has drawn the ire of critics who say it can let criminals and terrorists communicate without fear of being tracked by police, pointing in particular to its use by Daesh terrorists.

The app is one of several targeted in a legal crackdown by Russian authorities on the internet and on social media sites in particular.

Since January 1, Internet companies are required to store all users' personal data at data centres in Russia and provide it to the authorities on demand.

And draft legislation that has already secured initial backing in parliament would make it illegal for messaging services to have anonymous users.

A bill approved by lawmakers in its first reading Friday would also ban the use of virtual private networks (VPNs) and proxy servers to bypass Russian internet controls.

The bill's author, Maxim Kudriyatsev, said it was not a new ban but was meant to stop accessing sites already blocked.

The Kommersant business daily criticised the slew of legislation this month, saying: "The Russian internet needs protection against laws."