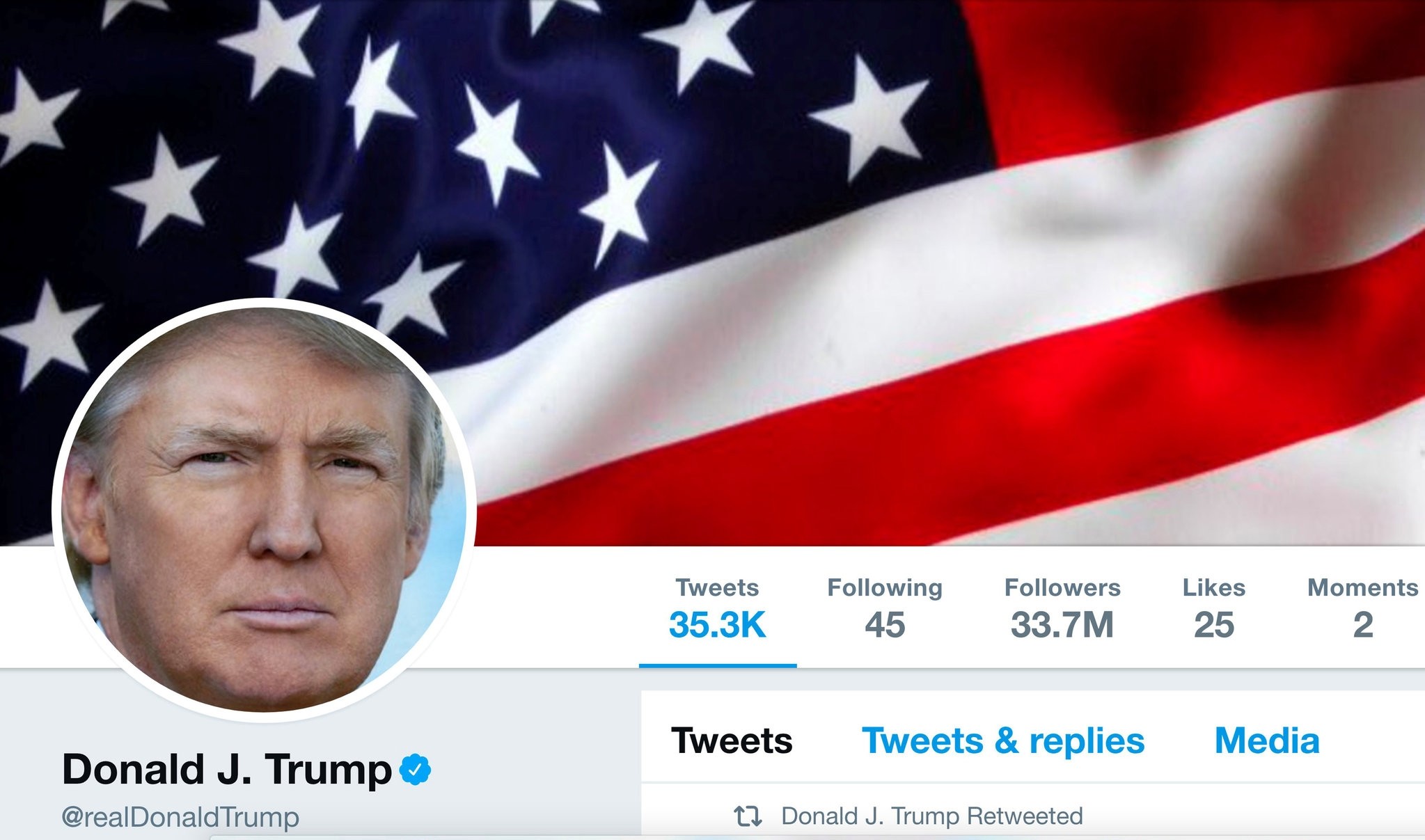 A free-speech group on Tuesday sued U.S. President Donald Trump for blocking Twitter users from his @realDonaldTrump account, arguing the practice violates the First Amendment of the U.S. Constitution.

The lawsuit, brought by the Knight First Amendment Institute at Columbia University in New York and joined by seven individual Twitter users, claims Trump blocked a number of accounts whose owners replied to his tweets with comments that criticized, mocked or disagreed with the president.

Trump's blocking of the accounts amounted to an unconstitutional effort to suppress dissent, according to the lawsuit filed in federal court in the Southern District of New York.

Because Trump frequently turns to Twitter to make policy statements, his account qualifies as a public forum from which the government cannot exclude people on the basis of their views, according to the lawsuit. Twitter users are unable to see or respond to tweets from accounts that block them.

The White House did not immediately respond to a request for comment. Last month White House spokesman Sean Spicer said Trump's tweets were considered "official statements by the president of the United States."

The suit names Spicer and Dan Scavino, the White House director of social media, as defendants in addition to Trump. It asks for the blocking to be deemed unconstitutional and seeks an injunction to require the president to unblock users.

The complaint follows a letter from the Knight Institute to Trump last month warning it would sue if users were not unblocked.

"Everyone being able to see the president's tweets feels vital to democracy," Joseph Papp, one of the seven Twitter users involved in the suit, said in a statement.

Papp, an author, said he had been a registered Republican for 10 years and did not join the suit for political reasons, but that he "felt a deep sense of unease" when he was blocked.

Trump's Twitter use has drawn intense interest for his unvarnished commentary about his agenda and attacks on critics. His tweets often lead to tens of thousands of retweets and comments and can shape the news.

The Knight Institute's arguments may have merit, independent free speech and internet law scholars say, in part because Trump's tweets are used to announce policy decisions or can influence legislation. Previous cases involving politicians blocking users on Facebook may bolster its case.