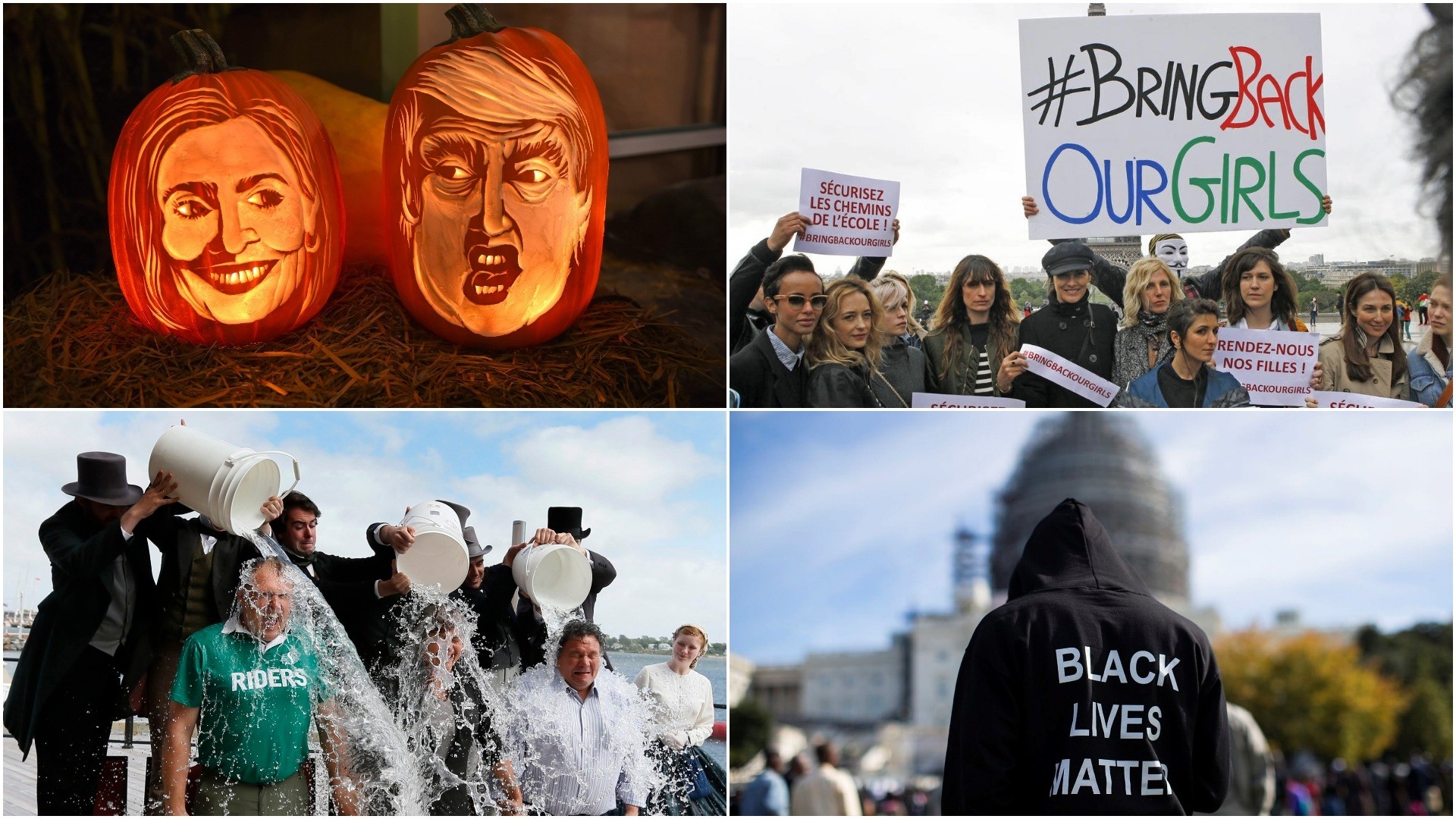 The sign has preceded the keywords that mark out all major events around the world since 2007, when it got its first outing on Twitter.

It was Chris Messina, an American designer and social media expert, who originally proposed using the hash sign (#) -- pound sign in American English -- to group tweets by subject.

He made the original suggestion in a tweet posted on August 23, 2007 before elaborating in a post online a couple of days later.

He launched the first ever hashtag, #barcamp, to identify a set of conferences focused around technology and the web that he helped organize.

Messina, who describes himself as an "avid Twitterer", has sent more than 39,500 tweets in 11 years.

Wednesday's birthday celebrations, of course, are trending with #Hashtag10.

In April 2014 the abduction at Chibok in northeastern Nigeria of 276 schoolgirls by extremists from Boko Haram led to the posting of the #BringBackOurGirls hashtag.

The then US first lady Michelle Obama was among those who used it to draw attention to the fight against Boko Haram, which at the time seemed to have Nigeria's army on the backfoot.

#BlackLivesMatter was another digital rallying cry, going viral during a wave of protests over the deaths of several black people at the hands of the police in the United States.

Then there was #OccupyWallStreet for the American "indignant" movement that set up a protest camp in the heart of the New York's Manhattan to protest financial greed and corruption.

Hashtags have also sprung up in the wake of terror attacks to allow internet users to express solidarity for the victims and survivors.

In 2015, #JeSuisCharlie was shared five million times in the two days after the January 7 attack on French satirical magazine Charlie Hebdo in Paris, which killed 12 people.

#PrayforParis was tweeted more than six million times after the November 2015 attacks in and around Paris which cost 130 lives.

The slogan was adapted elsewhere, for example in Berlin -- #PrayforBerlin -- after a truck attack left 12 dead at a Berlin Christmas market in December 2016.

But the hashtag has also been used on a lighter note, to track stunts or running jokes.

Videos of #IceBucketChallenge, a challenge to dump a bucket of ice and water over a person's head, helped raise $100 million (85 million euros) to fund the fight against Motor Neurone Disease.

Humorous hashtags have proved extremely successful. The gaffes of politicians are often mercilessly tagged and lampooned by online critics.

Word games, photos and animated images add to the mix on topics as varied as the weather, celebrities, and major football matches.

A look at the top three hashtags on Twitter last year gives an idea of the kind of subjects capable of going viral.

In the gold medal position was #Rio2016, for coverage of the Rio Olympics. Not just fans but the athletes themselves made free use of the hashtag.

Political hashtags can also take off. #Election2016, for coverage of a more than usually divisive US presidential campaign, was the second most popular hashtag.

But entertainment-related items can also score highly. #PokemonGo went viral during the launch of a new mobile phone version of the old card game, becoming the third most popular hashtag last year.

Other hashtags are more multi-purpose ones. #RIP (Rest in peace) had a good run last year, after a rash of celebrity deaths made it the ninth most popular hashtag on Twitter.