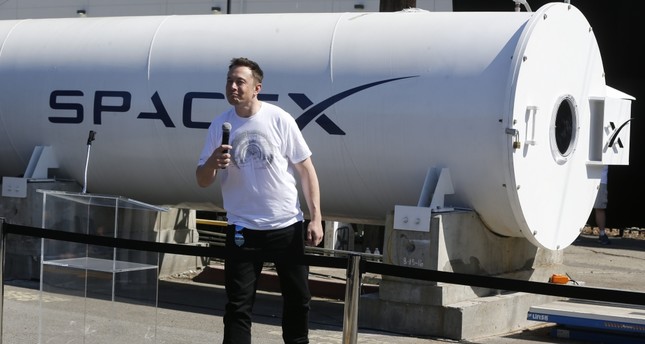 For the first time since the retirement of the space shuttle in 2011, NASA says it may soon have the capability to send astronauts to the International Space Station from U.S. soil. Critical milestones are on the horizon for Boeing and SpaceX, the space agency's commercial crew partners: Flight tests of their spacecraft, including crewed missions, are planned for 2018. That's launched something of a "new space race" at the Kennedy Space Center, officials said.

"We have invested a lot as a center, as a nation into Kennedy Space Center to ready us for that next 50 years of spaceflight and beyond," said Tom Engler, the center's director of planning and development. "You see the dividends of that now, these commercial companies buying into what we're doing."

The public-private partnership is transforming Kennedy Space Center into a multiuser spaceport. NASA is developing the Space Launch System and the Orion spacecraft for missions to deep space, including to Mars, leaving private companies to send people to low Earth orbit. Boeing is building the CST-100 Starliner, a spacecraft that will send astronauts to the space station, in a hangar once used to prepare space shuttles for flight. Three Starliners are in production, including one that will fly astronauts next year.

"If Mars is the pinnacle of Mount Everest, low Earth orbit is base camp. The commercial companies are the sherpas that haul things there," said Chris Ferguson, a former NASA astronaut and director of crew and mission operations at Boeing. "It opens up a whole new world of business." SpaceX, which flies cargo missions to the space station with its Dragon spacecraft, has modified an old shuttle launch pad for its Falcon 9 rockets, which the company has successfully reused. It plans to use Dragon 2, a new version of the spacecraft, to send astronauts to the space station.

Blue Origin, founded by Amazon.com founder Jeff Bezos, is building a rocket factory; it also plans to launch its rockets from Cape Canaveral. Boeing and United Launch Alliance built a crew access tower so astronauts can board the Starliner. The Atlas V, one of the world's most reliable rockets, will launch the spacecraft and its astronauts. "This is really the Apollo era for the next generation," said Shannon Coggin, a production integration specialist at United Launch Alliance. "This is inspiring this next generation to fall in love with space again, to really test their boundaries and us paving their way for the future of commercial space exploration."

Share on Facebook Share on Twitter
Previous in Tech The U.S. Justice Department is investigating whether Uber broke American... Next in Tech Apple CEO Tim Cook has collected $89.6 million as part of a 10-year...
DAILY SABAH RECOMMENDS