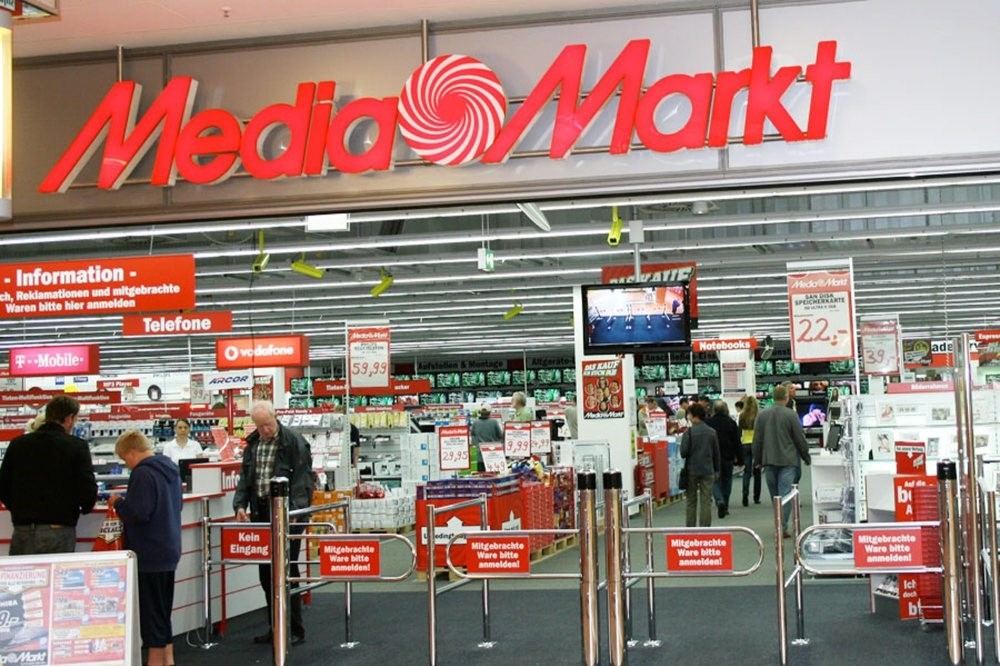 "We see ourselves as a domestic company," Germany-based retail giant Media Markt CEO and Category Store Association (KMD) Chairman Yenal Gökyıldırım told Daily Sabah in an exclusive interview yesterday, claiming that the company never stopped its investments in Turkey and that it was not affected by the recent political row between Germany and Turkey. About two months ago, German politicians including Chancellor Angela Merkel and Foreign Affairs Minister Sigmar Gabriel called on German companies operating in Turkey to halt their operations following the allegations that Turkey started an investigation on those companies for their support to terrorist activities.

The allegations were later rebuffed and declared a misunderstanding by Turkish politicians.

Moreover, both business people and Turkish politicians have stressed the safety of German investments in Turkey. The recent investment decisions by German companies like Siemens have also proved the point that economic relations should not be spoiled by short-sighted political moves.

When asked about how the investment decisions of German company Media Markt would be affected by this political tension, Gökyıldırım said, "One month ago, Prime Minister Binali Yıldırım invited us to Ankara and he hosted us at the Çankaya Presidential Palace. Just as he said at the meeting that Turkey sees us as Turkish, as their own company, we actually see ourselves as a domestic company and we serve the Turkish people. As the prime minister said, we satisfy our needs easily here. We never stopped our investments in Turkey. We have opened around 18-20 stores in the previous 18 months and we will open another four stores in the upcoming three or four months. It is not only a store opening, along with it, employment and infrastructure will also be created. All in all, we see ourselves as a company of this country and our operations continue without interruptions."

Top officials from the major firms operating in the retail sector in Turkey came together with journalists at a meeting in Istanbul yesterday ahead of the fourth Retail Technology Conference, which will take place on Oct. 3, and will be hosted by the Category Store Association (KMD), which is a representative of modern retailers in Turkey.

At the meeting, attended by a number of CEOs and other senior executives from many major retail companies operating in Turkey such as Turkcell, Media Markt, Koçtaş, Tekzen, Watsons and Teknosa, major changes in the retail sector's technology as well as future scenarios were discussed. The retailers' need to focus on more details, such as digitalization and recent trends in technology, were also handled.

Expressing his opinion regarding the recent operations in which some foreign companies increased their stakes in Turkish companies, while others bought some of the companies in the country, Germany-based retail giant Media Markt CEO Yenal Gökyıldırım said that Turkey continues to be an attractive retail market to foreign investors, indicating that the recent operations are the best example.

"On the other hand, foreigners are striving to enter the Turkish market. I also represent a company that is fully owned by foreign investors. Again, when we look at the member companies of our association, some of them are companies with 100 percent foreign capital, while we have a number of companies with 50 percent foreign partner. We see that all of them are growing, for instance, L'Oreal, Watsons, and Media Markt. Koçtaş also has a foreign partner with 50 percent capital in the company. With both its large and young population and its openness to the world, Turkey continues to protect its attractiveness and as a result, it continues to draw retail investments," said Gökyıldırım.

Moreover, the members of the KMD board and other officials at the meeting emphasized the importance of investments in technology in Turkey, saying that they will increase their investments.

During his speech at the meeting, Gökyıldırım said that the association contains within itself members from many categories of modern retailers such as furniture, cosmetics, electronics and stationery, expressing that the common point of this diversity is the use of intensive technology and obligation to closely monitor all innovations.

"As KMD, we aim to bring together the developments in retail technology with our members and organize the fourth Retail Technologies Conference this year," he said.

Referring to the content of the conference, he added, "In our conference, there will be meetings where we will bring together retailers and technology enthusiasts. We will also have Solution Sessions where we will see useful technology solutions on stage and other sessions where experts will discuss the latest trends and developments. In addition, there will also be panels where the e-commerce sector will be discussed."

Speaking at the meeting, the Koçtaş CEO and KMD Deputy Chairman Alp Önder Özpamukçu noted that technology investments are of great importance for the retail sector. He also said that the solutions developed by local technology firms have come to the forefront in terms of compliance and cost to the needs of the retailers in Turkey.

Vice Chairman of the Board of Directors of KMD and Chairman of Tekfen Holding Murat Gigin highlighted that customer demands and technology are determinants in the transformation of the retail sector and emphasized that the service provided from each channel should be of the same quality. Stating that retailers need to invest more, particularly in e-commerce, Gigin said that global electronic commerce retailers are expected to start to operate in Turkey, which will greatly impact competition and that local players will have difficulty if they do not take the necessary precautions.

The Category Store Association (KMD), established in 2012, is a representative of modern retailers in Turkey other than food and ready wear, such as furniture, home improvement, technology, personal care, cosmetics, accessories, hobby, stationery, cinema and entertainment. The revenue of KMD member companies, which employ around 135,000 people at more than 5,000 sale points, was reported as TL 70 billion (around $20.5 billion) in 2016.