Apple expected to sell its fanciest iPhone yet for $1,000 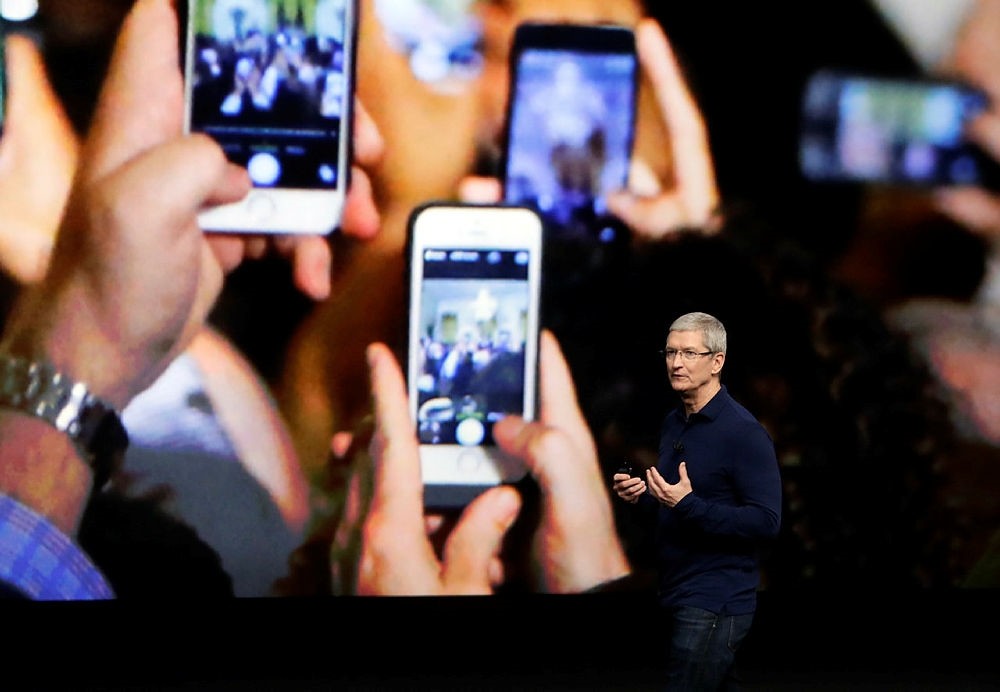 Apple is crossing into a new financial frontier that will test how much consumers are willing to pay for a device that's become an indispensable part of modern life with a 1,000$ price tag for its new iPhone.

The unveiling of a dramatically redesigned iPhone will likely be the marquee moment Tuesday when Apple hosts its first product event at its new spaceship-like headquarters in Cupertino, California. True to its secretive ways, Apple won't confirm that it will be introducing a new iPhone, though a financial forecast issued last month telegraphed something significant is in the pipeline.

In addition to several new features, a souped-up "anniversary" iPhone — coming a decade after Apple's late co-founder Steve Jobs unveiled the first version — could also debut at an attention-getting $999 price tag, twice what the original iPhone cost. It would set a new price threshold for any smartphone intended to appeal to a mass market.

WHAT A THOUSAND BUCKS WILL BUY

Various leaks have indicated the new phone will feature a sharper display, a so-called OLED screen that will extend from edge to edge of the device, thus eliminating the exterior gap, or "bezel," that currently surrounds most phone screens.

It may also boast facial recognition technology for unlocking the phone and wireless charging. A better camera is a safe bet, too.

All those features have been available on other smartphones that sold for less than $1,000, but Apple's sense of design and marketing flair has a way of making them seem irresistible — and worth the extra expense.

"Apple always seems to take what others have done and do it even better," said Carolina Milanesi, an analyst with Creative Strategies.

WHY PHONES COST MORE, NOT LESS

Apple isn't the only company driving up smartphone prices. Market leader Samsung Electronics just rolled out its Galaxy Note 8 with a starting price of $930.

The trend reflects the increasing sophistication of smartphones, which have been evolving into status symbols akin to automobiles. In both cases, many consumers appear willing to pay a premium price for luxury models that take them where they want to go in style.

"Calling it a smartphone doesn't come close to how people use it, view it and embrace it in their lives," said Debby Ruth, senior vice president of the consumer research firm Magid. "It's an extension of themselves, it's their entry into the world, it's their connection to their friends."

From that perspective, it's easy to understand why some smartphones now cost more than many kinds of laptop computers, said technology analyst Patrick Moorhead.

"People now value their phones more than any other device and, in some cases, even more than food and sex," Moorhead said.

Longtime Apple expert Gene Munster, now managing partner at research and venture capital firm Loup Ventures, predicts 20 percent of the iPhones sold during the next year will be the new $1,000 model.

Wireless carriers eager to connect with Apple's generally affluent clientele are likely to either sell the iPhone at a discount or offer appealing subsidies that spread the cost of the device over two to three years to minimize the sticker shock, said analyst Jan Dawson of Jackdaw Research.

Even Munster's sales forecast holds true, it still shows most people either can't afford or aren't interested in paying that much for a smartphone.

That's one reason Apple also is expected to announce minor upgrades to the iPhone 7 and iPhone 7. That will make it easier for Apple to create several different pricing tiers, with the oldest model possibly becoming available for free with a wireless contract.

But the deluxe model virtually assures that the average price of the iPhone — now at $606 versus $561 three years ago — will keep climbing. That runs counter to the usual tech trajectory in which the price of electronics, whether televisions or computers, falls over time.

"The iPhone has always had a way of defying the law of physics," Munster said, "and I think it will do it in spades with this higher priced one."