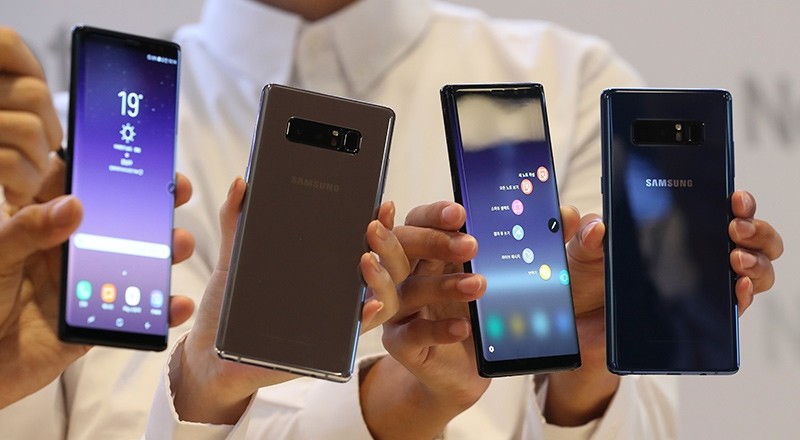 Samsung Electronics Co. said Tuesday it aims to launch a foldable smartphone next year under its Galaxy Note brand.

Koh Dong-jin, president of mobile business at Samsung Electronics, said the company is setting its eyes on 2018 to release a smartphone with a bendable display but there are several hurdles it has to overcome.

He did not elaborate. Analysts said mass-producing a foldable phone with top tech features and a thin body will take time.

When Samsung will release its first foldable phone has been a perennial question in the market since Samsung first showcased a flexible display prototype called Youm in 2013. For at least the past two years, there have been rumors that Samsung is close to showing off its first smartphones that can be folded.

Koh also said the company is working with auto-systems maker Harman to develop an artificial intelligence-enabled speaker that users can speak to play music and conduct other tasks. He did not say when it will hit the market. Samsung acquired the Stamford, Connecticut-based company at the end of last year as part of its plans to expand in the emerging market for connected cars.

The comments were made at Samsung's news conference to announce the Galaxy Note 8 smartphone to domestic media, just hours before Apple announces its 10th-anniversary iPhone models. Samsung's mobile president said market response to the Note 8 beat its expectations even though its price was more expensive than past models.

Samsung received more than a half million pre-orders — 650,000 units — for the Note 8 in South Korea before its Friday launch, Koh said. The Note 8 has been the most expensive smartphone Samsung has released. Its price starts at 1.1 million won ($969) in South Korea and $930 in the U.S.

The Note 8 is a successor to Samsung's disgraced Note 7 phone that was recalled twice and discontinued after it spontaneously overheated or caught fire.