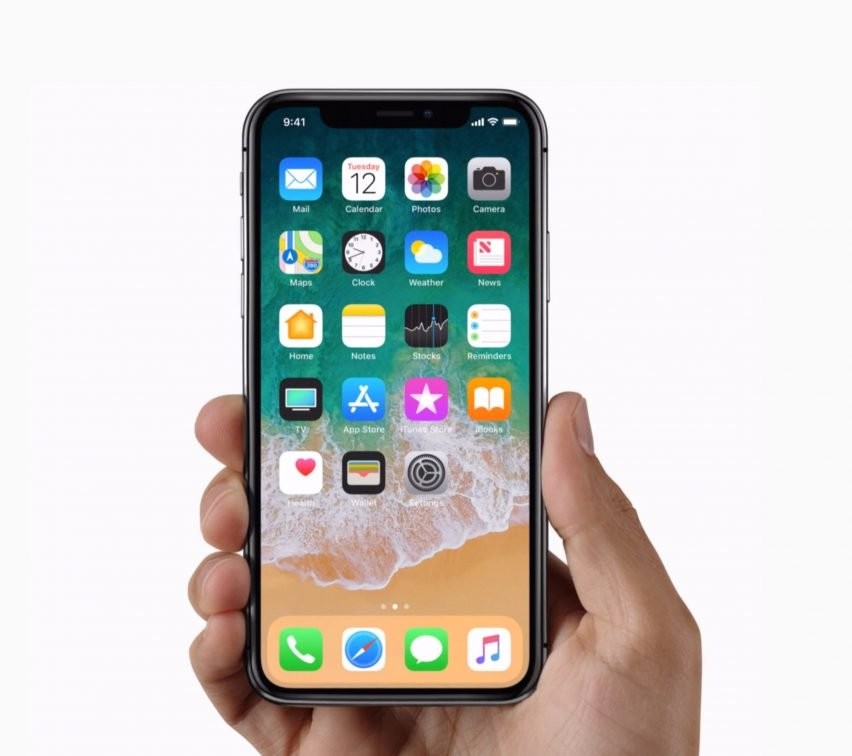 Apple's 10th anniversary iPhone has ushered in the most expensive generation of iPhones ever launched so far. Apart from its price, the new iPhones offers brand new functions as well

The Apple iPhone project began in 2004 when a team of 1,000 employees started working under the group codenamed, "Project Purple." Thirteen years later, in 2017, 1,000 people welcomed the iPhone X at the Steve Jobs Theater in California. As the most expensive iPhone so far, the iPhone X offers face recognition. Jonathan Ive, who took part in the design process of the iMac and the iPod, was also involved in the project.

In 2007, the first iPhone had only two models. The iPhone with 4 GB storage cost $449 compared with the iPhone with 8 GB storage with a price tag of $599. Sold with a two-year contract, the first generation iPhone was put on the market at 6 p.m. on June 29, 2007. Today's iPhone X starts at $999 and comes with 64 GB and 256 GB storage capabilities. While the touch screen was a groundbreaking feature when it was first introduced, the latest product now draws attention for its face recognition capabilities and intelligent assistant Siri.

In Turkey, the first generation iPhone was not sold, as iPhone sales in Turkey started with the iPhone 3GS model. However, the iPhone X will hit stores in 55 countries simultaneously as Apple has turned into a global brand over the past decade.

Most expensive iPhone so far

I recall that we wrote 10 different stories about why people should not buy the Apple iPhone in 2007. As phone users, we, like all engineers passionate about phone functions, observed its capabilities before having the actual experience firsthand. So, we focused on it lacking points such as the lack of SMS forwarding capabilities and the missing 3G support.

However, one decade later, we have gotten used to the iPhone and care about the smartphone experience. Today, journalists endeavor to discuss the lacking points of a newly launched phone and its missing abilities, upon initial release of a new product. On the other hand, the iPhone has undergone major transformations over the last decade, making the smartphone a force to be reckoned with.

As Apple stock prices climbed from $19 to $163, the company is rolling up its sleeves to become a $1 trillion company. We will soon be introduced to the most expensive iPhone ever launched, as it becomes increasingly obvious that Apple endeavors to satisfy both customers and investors.

Facial recognition instead of button

A decade ago, the Apple iPhone successfully created a note of difference with the touch screen. Today, even varying pressures on touch screen capabilities have yielded different results. Furthermore, we have been introduced to the intelligent assistant Siri and facial recognition hardware that replaces the one-handed mode with a larger screen. Now, we can ask Siri to make calls, arrange appointments or describe routes without even touching the phone.

Also, the new iPhone can map a person's face with 30,000 invisible dots beamed onto the user's face. Apple's new facial recognition technology, known as Face ID, is said to work in all conditions. Although we have not given it a try yet, we are very excited to come face-to-face with the technology soon. Nevertheless, biometric data is important at this point in the game, as it is required to offer other options for people who are more sensitive regarding their personal information.

How is the iPhone X's name pronounced?

Apple iPhone marks its 10th anniversary by naming its new model iPhone X, X meaning 10 in Roman numerals. The difference between the iPhone 8 and the iPhone X is not only its numeric characters, however.

How much will it cost?

The price in the U.S. starts at $999 and it is estimated to cost around TL 6,000 in Turkey, including taxes. The exchange rate through October will also be effective in determining the price.

When will it be launched in Turkey?

It seems difficult to provide a specific date regarding the product's launch in Turkey. However, the price in Turkish lira for phone's accessories has already been revealed with the release of a press statement. The telephone will probably reach the Turkish market on Nov. 3, simultaneously with the rest of the global market.

Does the facial recognition work well?

Next to the front-facing camera, there is a dot projector that beams 30,000 invisible dots to the face. The system recognizes you no matter what, whether you dye your hair or wear glasses. The algorithm for facial recognition works even if you have a hat on or grow facial hair. All you have to do
in order to activate facial recognition is move your head right and left, and up, and down.

What happened when the home button was dropped?

Face to face with the codes of the future

Initiatives to create package-carrying robots, encryption software that turns sounds into barcodes, wearable and transparent sensors and virtual networks which will save the lives of operators are coding their way into the future.

At the Mobile World Congress Americas organized in San Francisco, the heart of venture capital and technological enterprises, telecommunication giants and technology came face to face with entrepreneurs, and the senior executives of Turkey's telecommunications operators also attended the event.

During the fair organized from Sept. 14-16, the NETSIA enterprise, established by Argela in the U.S., was also in the exhibition area with the Open Network Foundation and in the 4YFN (Four Years from Now) startup business platform event. Some leading innovations displayed at the fair include 5G mobile infrastructure solutions, robotics technologies, artificial intelligence (AI), internet of things (IoT) and Industry 4.0.

Ronan Dunne, a senior executive of Verizon, gave some striking examples of the impacts that 5G infrastructure will have on the economy, during a speech he delivered at the opening ceremony.

"By 2035, 5G will generate more than $12 trillion in global economic revenue, supporting 22 million jobs worldwide," Dunne said, adding that significant areas of responsibility will emerge for the mobile industry.

Operators will not give in

Mobile and landline telecommunications operators differ from others in that they have to invest, unremittingly. The costs of base stations in the field and the fact that internet giants make up most of the internet traffic without investing are distressing the telecom giants. Joining the Open Network Foundation with other global giants last month, Türk Telekom started to contribute to the future 5G platform with the NETSIA initiative launched by Türk Telekom via Argela's investment in the U.S., taking on a considerable role in the organization that promises a bright future for operators.

All the telecommunications giants feel compelled to cooperate since the priorities of the mobile network can be determined and interfered instantaneously while the hardware and service costs of base stations are reduced. If operators cannot accomplish an infrastructural transformation, they will be overwhelmed by the traffic created by all internet giants such as Facebook and Google.