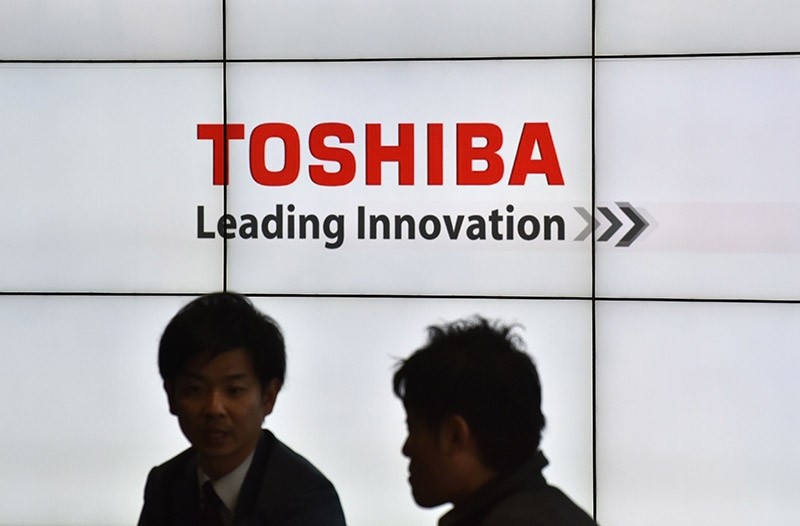 Toshiba held a board meeting and also agreed to invest 350.5 billion yen into the unit, Toshiba Memory, the company said in a statement.

The company aims to complete the unit sale by the end of March 2018, it said.

Toshiba announced last week that it has entered into an agreement with the Bain Capital group. But Western Digital immediately said it opposed the sale of the NAND flash-memory SanDisk joint venture, stressing it will continue with legal action.

Toshiba is the world's number two chipmaker behind Samsung and the division's products are found in many smartphones and electronic gadgets.

The chip unit accounts for around a quarter of Toshiba's total annual revenue and is the crown jewel in a vast range of businesses ranging from home appliances to nuclear reactors.

Toshiba narrowly averted a delisting this year, but it still faces the humiliating prospect of being yanked from Japan's premier stock exchange if the sale does not raise enough money.

Selling the chip division is seen as key to Toshiba's survival, as it battles to recover from multi-billion-dollar losses at its U.S. nuclear operation Westinghouse Electric.

The Japanese industrial giant is still recovering from a disastrous earlier acquisition of Westinghouse, which racked up billions of dollars in losses before being placed in bankruptcy protection.

Those huge losses came to light as the group was still reeling from revelations that top Toshiba executives had pressured underlings to cover up weak results for years after the 2008 global financial meltdown.

Its most recent results published in August revealed a loss of $8.8 billion in the last fiscal year, although it predicted it would swing back into the black this year.

The losses are a major embarrassment for a cornerstone of Japan Inc, which traces its history back as far as 1875 when the company started life as a telegraph factory in what is now Tokyo's ritzy Ginza shopping district.