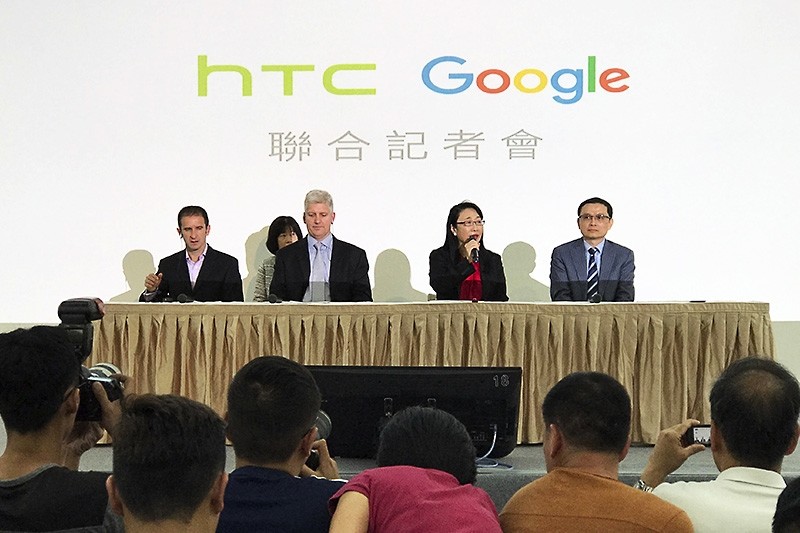 Google is biting off a big piece of device manufacturer HTC for $1.1 billion to expand its efforts to build phones, speakers and other gadgets equipped with its arsenal of digital services.

The company is buying the HTC team that built the Pixel smartphone for Google in a cash deal, they said in a joint statement Thursday. Google is also getting a non-exclusive license for Taiwan-based HTC's intellectual property to help support Pixel phones.

The deal announced Thursday underscores how serious Google is becoming about designing its own family of devices to compete against Apple and Amazon in a high-stakes battle to become the technological hub of people's lives.

"For Google, this agreement further reinforces its commitment to smartphones and overall investment in its emerging hardware business," the statement said.

Over the past decade, Google had focused on giving away its Android operating system to an array of device makers, including Taiwan's HTC, to ensure people would keep using its ubiquitous search engine, email, maps, YouTube video service and other software on smartphones and other pieces of hardware.

But that changed last year when Google stamped its brand on a smartphone and internet-connected speaker. HTC manufactured the Pixel phones that Google designed last year, paving the way for this deal to unfold.

Although Android powers about four out of every five the most smartphones and other mobile devices in the world, the software can be altered in ways that result in Google's services being de-emphasized or left out completely from the pre-installed set of apps.

That fragmentation threatens to undercut Google's ability to increase the ad sales that bring in most of the revenue to its corporate parent, Alphabet Inc., as people spend more and more time on smartphones and other devices instead of personal computers.

Apple's iPhone and other hardware products are also particularly popular among affluent consumers prized by consumers, giving Google another incentive to develop its own high-priced phone as a mobile platform for its products and ads.

Google also wants to build more internet-connected devices designed primarily for home usage, such as its voice-controlled speaker that's trying to catch up with Amazon's Echo. The Home speaker includes a digital concierge, called Google Assistant, that answers questions and helps manage people's lives, much like the Alexa in Amazon's Echo.

The purchase is a gamble on several fronts for Google and Alphabet.

Google's previous forays into hardware haven't panned out to be big winners so far. It paid $12.5 billion for smartphone maker Motorola Mobility for $12.5 billion five years ago only to sell it off to Lenovo Group for less than $3 billion after struggling to make a dent in the market. And in 2014, Google paid more than $3 billion for home device maker Nest Labs, which is still struggling to make money under Alphabet's ownership.

Expanding into hardware also threatens to alienate Samsung Electronics, Huawei and other device makers that Google relies on to distribute its Android software.