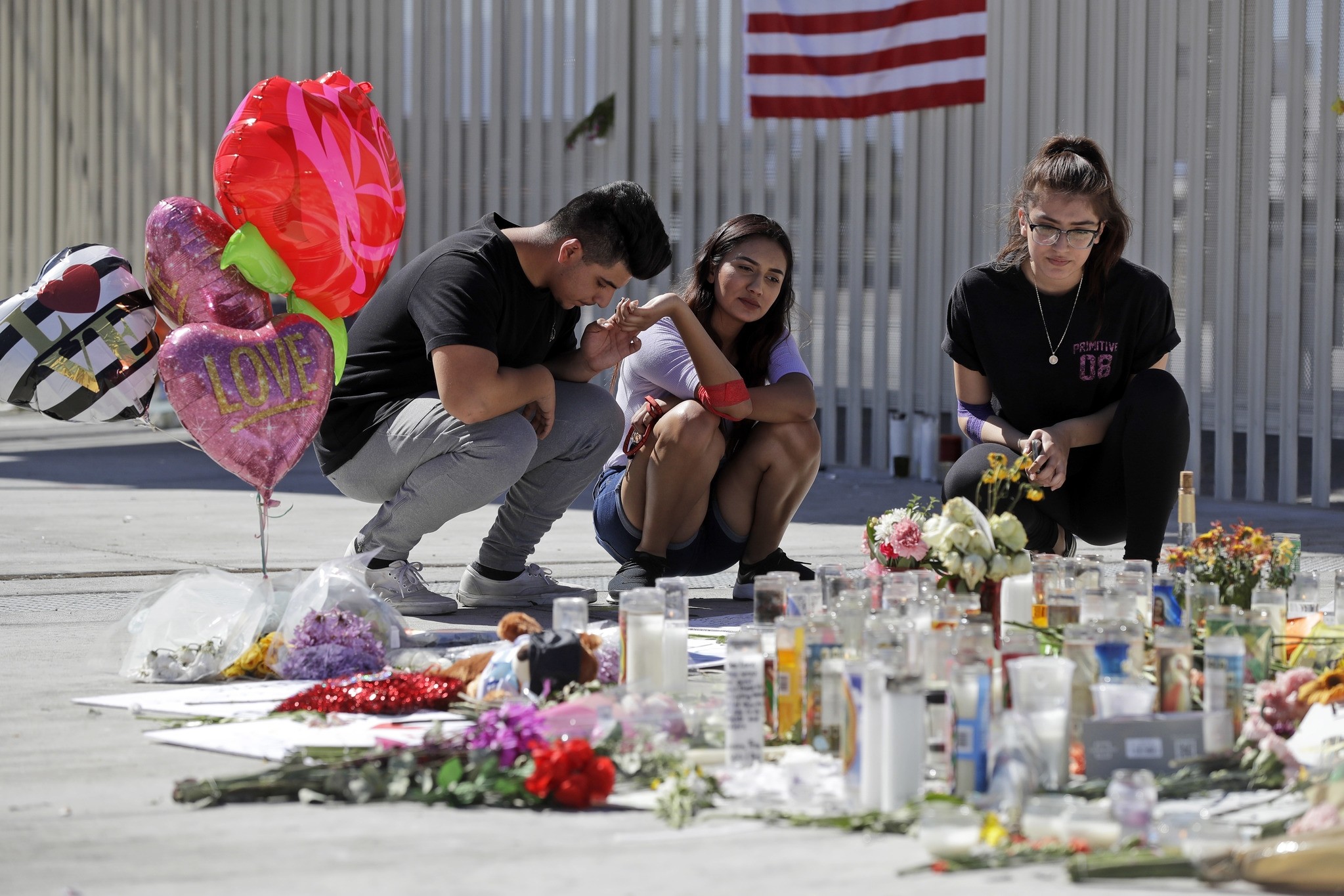 The mass shooting in Las Vegas, in which at least 59 people were killed and more than 500 injured, was the saddest day ever recorded on Twitter, according to Hedonometer, a tool that measures sentiment on social media platforms.

The barometer, which measures the happiness of millions of Twitter users based on their posts, showed an average happiness level of 5.77 on Monday when the deadliest mass shooting in modern U.S. history occurred at a country music festival in Las Vegas.

The previous record low was 5.84 on the day of another mass shooting in Orlando, Florida that killed at least 49 people and injured more than 50 last year.

The third saddest recorded day on Twitter was Nov. 9, 2016, the day after Donald Trump was elected president of the United States, according to Hedonometer. The barometer on that day was 5.87.

The happiest recorded day on Twitter was on Christmas day of 2008, when the day's score was 6.36. The tool has been tracking Twitter sentiment since 2008.

Hedonometer was invented by Peter Dodds and Chris Danforth, a mathematician and computer scientist at the University of Vermont's Advanced Computing Center. It gathers sentences that start with "I feel" or "I am feeling" and generates a happiness score for the text. Each sentence is then given a happiness score from 1 to 9.