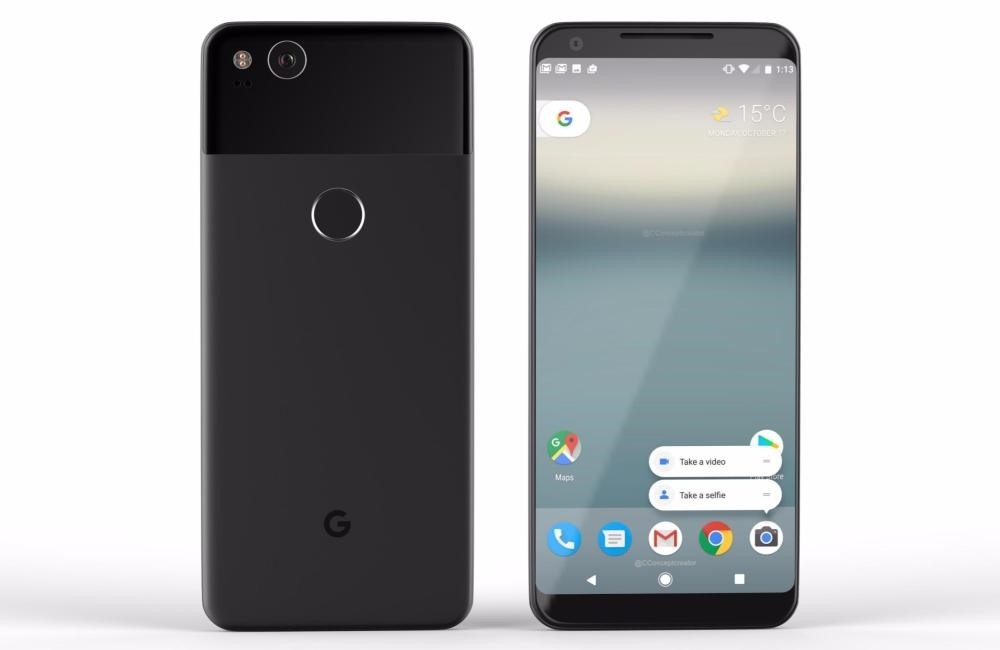 With an aim to boost sales in the last quarter, leading smartphone brands have all unveiled their latest devices with Google the latest to join the ongoing infinity screen race with the launch of its Pixel 2 and Pixel 2 XL smartphones

Global search giant Google has made its hardware ambitions clear after it recently acquired Taiwanese mobile phone maker HTC. It will help the company expand its knowledgebase and help overcome some issues it faced with older devices.

Despite the presence of a number of key Android players in the smartphone market, Google is determined to enter the scene with its own devices. The tech behemoth unveiled its latest smartphones Pixel 2 and Pixel 2 XL on Oct. 4. The devices were produced by South Korean manufacturer LG. These newest android flagships, which are not going to be offered in Turkey, will hit the market on Oct. 19. Pixel 2 features a full-HD 5-inch screen is the more affordable of the two devices, priced at $649. It's bigger and more expensive cousin, the Pixel 2 XL comes with a 6-inch screen and $849 price tag. Pixel 2 XL weighs 175 grams, compared to Pixel 2's 143.

There is fierce competition in the smartphone market. While products launched earlier in the year set the trend, devices released between August and October looked to speed up sales in the last quarter.

The biggest launch in the last quarter was the Samsung Galaxy Note 8 and the new iPhone.

Apple, on the other hand, continued its routine development with iPhone 8 and iPhone 8 Plus. It also launched a 10th-anniversary special edition iPhone, known as iPhone X.

The interest in iPhone 8 pointed out what consumers actually want in latest devices. However, its early November release may negatively affect the company's yearly closing data.

A USB-C connection can be used both as charge and earphone plugin. No wireless charging.

Startups.watch is set to reveal the third quarter data for Turkey's Startup Ecosystem at the KolektifHouse on Tuesday, Oct. 10.

At the event, the development of the startup ecosystem's various branches will be evaluated and compared to their international peers.

The three-hour event, held every three months, brings the key players of the startup ecosystem together. The most supported startups of the last three months and their supporters will also attend the event.

It will also offer the founders and managers of local and international startup venture capital funds and opportunity to make a general evaluation of the market and join a network where they can share ideas. Türk Telekom CEO Paul Donay will deliver the inauguration speech at the program. It will also focus on the internet of things and Industry 4.0.

As smartphones assume a more prominent role in our lives, our dependency on these devices has increased immensely.

As a technology editor, I take so many questions on mobile devices and direct most of the questions to cellphone repair website Cepte Tamir. If you want to try out their services just visit ceptetamir.com. By filling out a form on their website you can request service people to come and fix a mobile device at your chosen location.

It is a safe, simple and very convenient. You can see also get a price quote cost for your device at the moment you select the brand, model and the problem you're facing.

The startup provides services to fellow startups at a 20 percent discount. Thanks to Cepte Tamir, now you can get your smartphone fixed at a location of your choice.

With more and more banks promoting the entrepreneurship wave, Kuveyt Türk was latest to show up in startup scene with its Lonca Entrepreneurship Center created in cooperation with Workinton.

Inspired by the name and the culture of Seljuk-period guilds, the center aims to contribute to Turkey's growing startup ecosystem.

In a similar way traditional learning takes place in a master-apprentice relationship, Kuveyt Türk wants to provide entrepreneurs the support they need.

Some 10 startups chosen by the center will work to transform the typical workflow in the sector.

Young entrepreneurs at Lonca Entrepreneurship Center are supported by a mentor-team consisting of local and foreign counselors, former entrepreneurs, investors and experts.