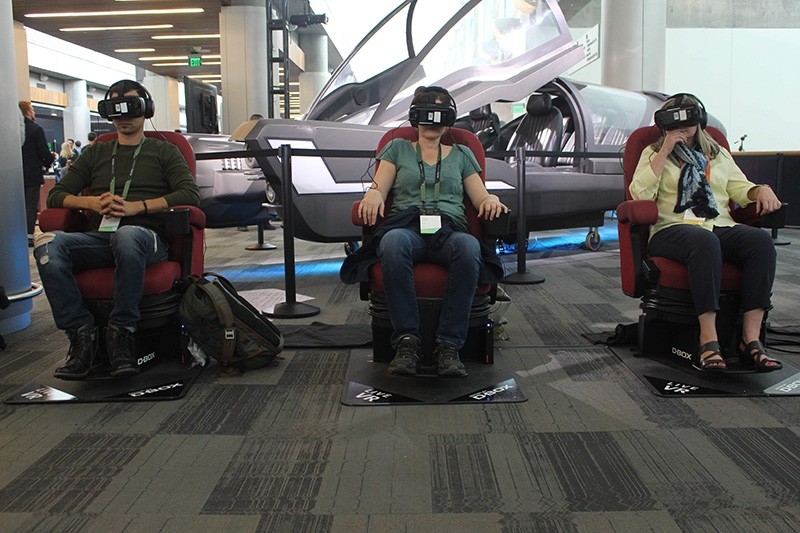 The stand-alone headset doesn't require plugging in a smartphone or a cord tethering it to a personal computer like other VR, or virtual reality, headsets.

"I am more committed than ever to the future of virtual reality," Zuckerberg told a crowd of computer programmers in San Jose, California, at Oculus' annual conference.

Oculus Go will cost $199 when it hits the market next year. The 2016 Oculus Rift sold for $599 and required a computer costing at least $500 for the full VR experience.

"The strategy for Facebook is to make the onboarding to VR as easy and inexpensive as possible," said Gartner Inc. analyst Brian Blau.

Zuckerberg promised the Oculus Go will be "the most accessible VR experience ever," and help realize his new goal of having 1 billion people dwelling in virtual reality at some point in the future.

Sony, HTC and Facebook-owned Oculus are the top players in virtual reality head gear, each striving to stake out territory in the budding market.

About 16 million head-mounted display devices were shipped in 2016, a number expected to rise to 22 million this year, according to Gartner.

Zuckerberg remains convinced that VR will evolve into a technology that reshapes the way people interact and experience life, much like Facebook's social networks and smartphones already have. His visions carry weight, largely because Facebook now has more than 2 billion users and plays an influential role in how people communicate.

"The road ahead won't be easy, but virtual reality will change the way we see the world and will make all of our lives a whole lot better," said Zuckerberg.