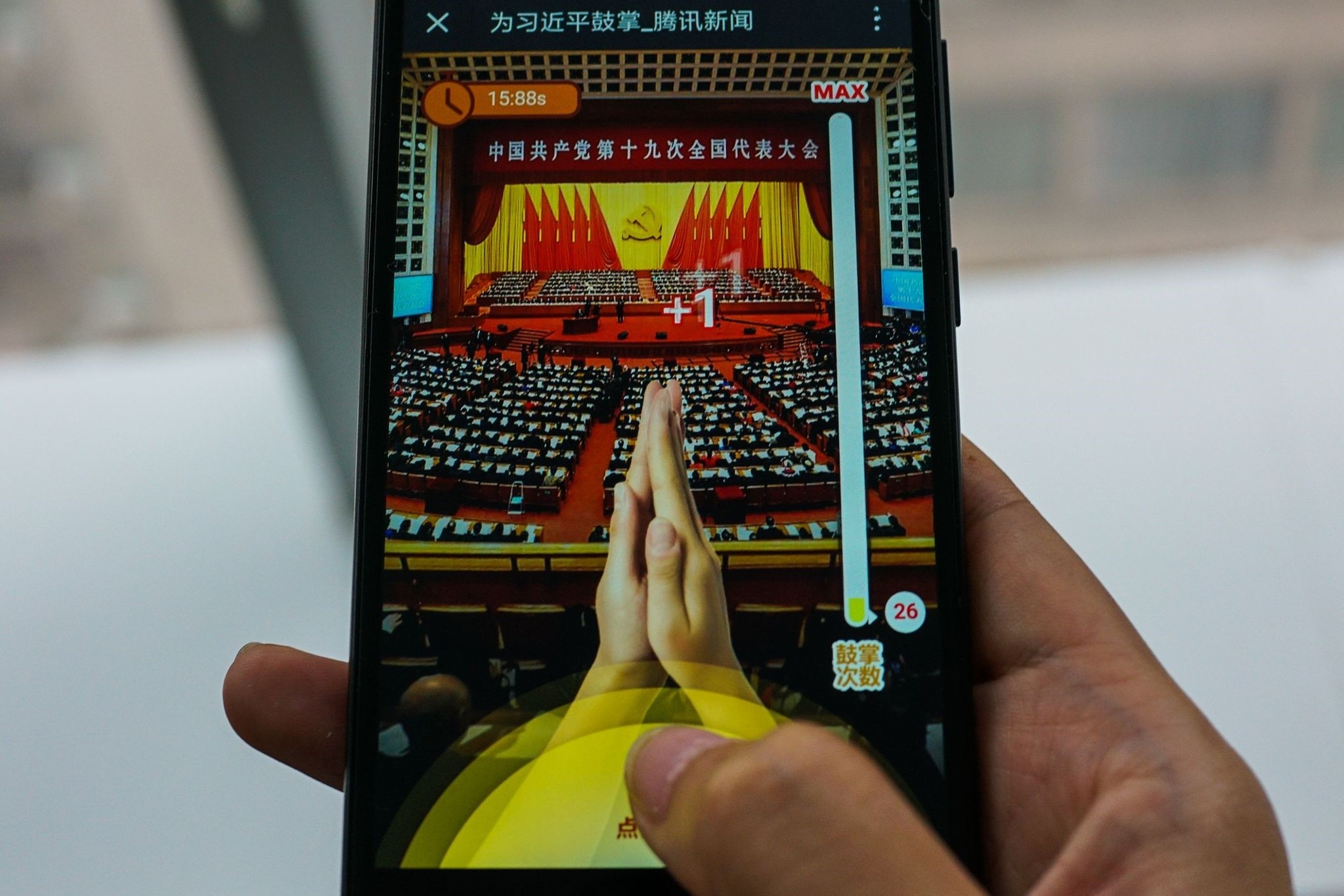 Missed out on the orchestrated applause at China's Communist Party Congress? Cheer up: this being China, you can join the praise through your mobile phone. China's ubiquitous WeChat platform has released a game allowing the country's hundreds of millions of smartphone users to retroactively applaud President Xi Jinping's more than three-hour opening speech -- by tapping their phone screens. As usual with highly-choreographed Communist spectacles, Xi's speech Wednesday outlining party priorities was punctuated by bursts of applause in which more than 2,300 party delegates at Beijing's Great Hall of the People seemed to start and stop clapping in eerily precise unison. In the online game, called "Clap for Xi Jinping: A Great Speech", short video clips of various passages from Xi's address are shown. After the roughly 10-second clips are finished, players tap on their phones along with the assembled delegates while an image of two applauding hands appears on screen.

Players compete to see how many times they can "clap" within the allotted period of 19 seconds -- chosen apparently in honour of the Congress, the 19th in party history.

Nearly 1 billion individual taps had been logged by the game as of early Thursday afternoon. China's masses of smartphone users use them for everything from messaging to online shopping and paying for restaurant bills and taxis. WeChat itself claims nearly 1 billion users.

The game was developed by Tencent, China's leading gaming and social media company, which operates WeChat.

Tencent and other leading Chinese internet firms are known to make gestures to stay in the good graces of Communist authorities to ensure their continued success.

Tencent in July began limiting daily playing times on its smartphone smash hit "King of Glory" amid official complaints that Chinese youths were becoming addicted to the game.