Xbox One X launch to heat up 4K console war 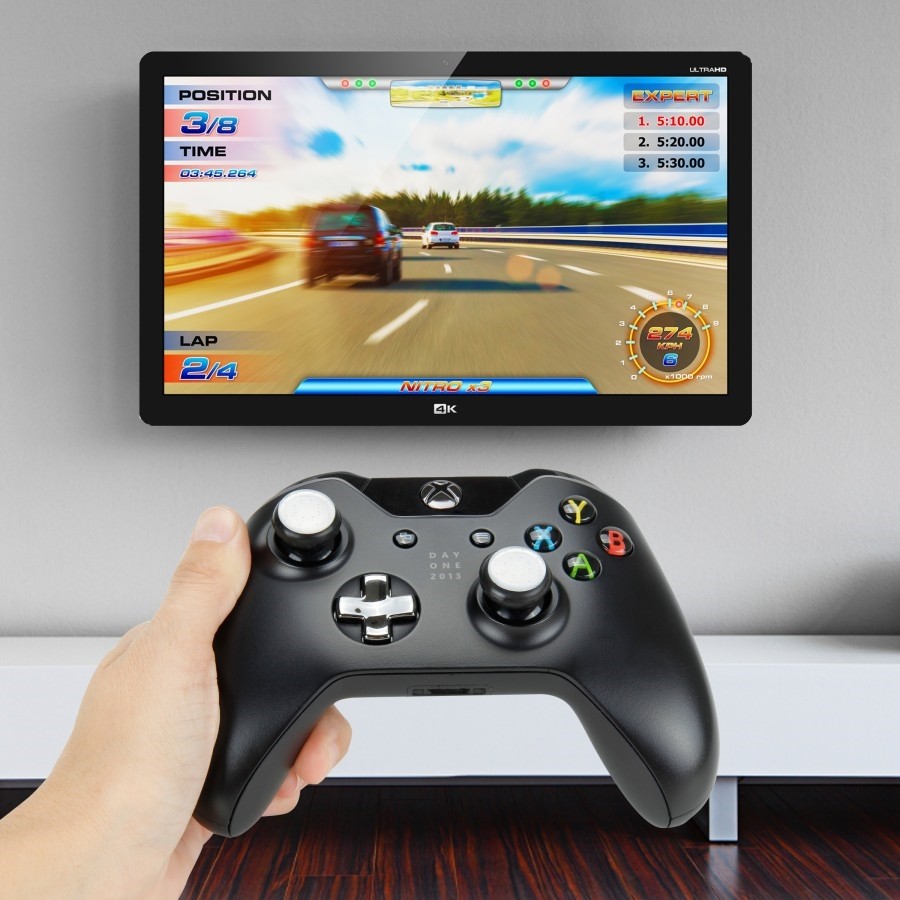 Turkey is the 18th-largest gaming market in the world and the country is poised to welcome Microsoft's latest gaming console, the Xbox One X, at the same time as the rest of the world

Turkey, which ranks third worldwide in terms of time spent on gaming, will see Microsoft launch its latest gaming console the Xbox One X, on Nov. 7 for TL 2,699 ($735). Microsoft is planning to heat up the console war in Turkey by launching the console here at the same time as the rest of the world.

Despite a late start in direct sales, Microsoft has caught up with the Turkish market. By organizing a big launching event for the Xbox One X, the global software giant will give Turkish journalists a chance to experience the product first-hand.

As the console war heads for the end of the year, 4K HDR has finally made its way in major devices and the Xbox One X, codenamed Microsoft Project Scorpio, is no exception.

The model, open for pre-order until its Nov. 7 launch, will rock a 1-terabyte hard drive and support 4K high-definition gaming.

Microsoft officials claim that the One X is the smallest and most powerful Xbox console ever built.

Turkey ranks third worldwide in terms of time spent on gaming. With more than 31 million people regularly playing games, Turkey is also the 19th largest gaming market in the world, with a market size of around $775 million.

Of that amount, $433 million constitutes PC and console games while the remaining $332 million flows into mobile gaming.

As the gaming scene heads towards online and high-resolution console games, it will trigger the need for fast internet connectivity.

Internet modem speeds of smartphones have started to rise above 1 gigabit. It turns out that we are not so far away from 5G compatible smartphones as stated at a recent event organized by Qualcomm.Qualcomm announced that they have achieved a successful 5G data connection via 5G modem chip for mobile devices.

As more and more smartphone makers bring artificial intelligence to the mobile phone platform, the technology will provide significant advantages in terms of user habits and camera capabilities.

Chinese smartphone maker Huawei, which pushed Apple's iPhone to the back seat in smartphone sales in the second quarter of 2017, has also introduced AI with the Kirin 970 processor it uses in its recently launched Mate 10 devices.

Even though it's hard to expect for a smartphone to show stellar performance in each and every segment, the use of AI technology will surely diversify the software and push device usage scenarios even further. Talking about their latest flagship, the Chinese mobile giant said it not just a smartphone, rather an intelligent device that learns. According to a user's personal habits, the ability of the device will increase in terms of user-friendliness.

The phone will come in three different models, called Mate 10 Lite, Mate 10 and Mate 10 Pro. The Mate 1O Lite and Mate 10 Pro models will be sold in Turkey, as the company thought Turkish users will be interested in an economic and a top model.

With a 6-inch screen, Mate 10 Pro is about the same size as an iPhone 8 plus, which has a 5.5-inch screen. It sits easily in your palm.

One of the features where the AI will be perhaps most effective is its 20 megapixel and 12 megapixels dual Leica lenses on the back. There is also a wide-angle 8-megapixel camera at the front. The cameras working in sync with the AI processor make it easier to apply professional effects to photos. It allows you to blur parts of the photo, known in professional photography jargon as the depth of field.

The Mate 10 Pro weighs 178 grams. It has a water and dust resistant IP 67 certificate and can hold its breath for 30 minutes under at depth up to 1 meter. It uses the Huawei 8.O user interface which uses the latest Android 8.0 (Oreo) under the hood. The Mate 10 Pro does not have a 3.5 mm headphone jack. The USB-C input allows both music play and charging.

The Huawei Mate 10 series is the world's fastest smartphone featuring dual 4.5G SIM support and dual VoLTE connections and supporting super-fast LTE connectivity. So technically it has the ability to support the highest download speeds. The rest depends on the infrastructure of the operators.

Microsoft's SurfaceBook, which was first introduced two years ago, will soon introduce its second-generation devices. Expected to be hit the markets on Nov. 16, the SurfaceBook 2 comes in two variations, one with a 13.5-inch screen and the other boasting a 15.5-inch screen.