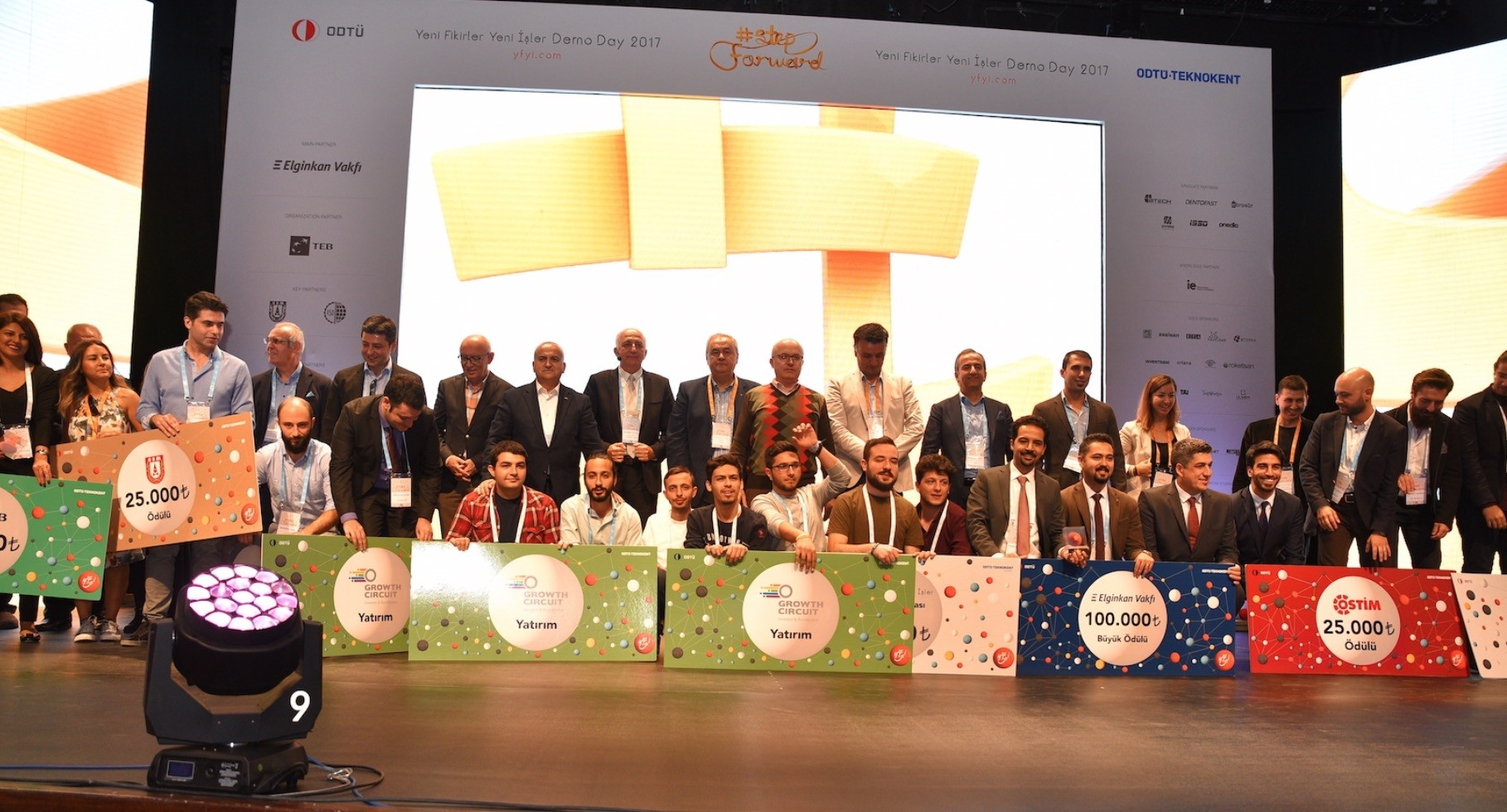 At this year's program, the grand prize awarded by the Elginkan Foundation went to a self-healing armor material project called Buyan. The material can be used on vehicles used by the security forces.

Along with Burkut, another hybrid protection system project at the event, Buyan showed that it was possible to develop low-cost and more durable solutions locally and reduce the dependence on imported armor materials and products in the process.

One of them was a system developed by Mikro Biyosistemler Inc. It enables easy diagnosis of cancerous cells in a patient's bloodstream using a low-cost lab system called tagCTC, which consists of a portable analysis unit and disposable cartridges.

Graduates who start businesses matterODTÜ Chancellor and Chairman of the ODTÜ TEKNOKENT professor Mustafa Verşan Kök thanked the sponsors of the YFYİ event and said that the vision of the acceleration program, since its inception back in 2005, has been instilling an entrepreneurial spirit in university students and graduates and introducing new technology companies to Turkey.

Underlining ODTÜ's mission of producing "graduates who start businesses rather than being employed by businesses," professor Kök said that the YFYİ has so far contributed to the establishment of more than 200 technology businesses and offered young entrepreneurs the opportunity to transform their technology-based business ideas to successful works.

"More than 60 percent of the 330 technology companies within the ODTÜ TEKNOKENT were firstly founded and developed within this ecosystem. More than 20 percent of these companies were founded by our academics who have transformed their research activities into economic value," he added.

Locally made armor for military vehiclesThe hybrid armor developed by Burkut looks to primarily meet the demands of Turkey's armed forces and police units. Thanks to the armor's low density, it does not require changes to a vehicles engines and gearboxes, unlike its counterparts. The armor consists of four main layers: external coating, a thin layer of ceramic, reinforced aramid and shear thickening fluid to ensure high protection.

Meanwhile, the Popular Vote Prize, determined by the votes of 6,874 people, was awarded to the Restearn crew which presented a project that looks to help restaurants earn more profit and have happier customers.

Unmanned aerial vehicles (UAV) are being increasingly used in cities because of their ability to capture impeccable, breathtaking images. However, in critical areas, like an airport or a military establishment, it is not always easy to detect these vehicles are friends or foes.

Now, DJI, a China-based drone manufacturer has launched a product named AeroScope which can recognize a UAV's registration and serial numbers.

By using the system, it will be possible to identify drones and their users through the names and serial numbers registered with the civil aviation authority. Such data can eventually be utilized to identify the owners of suspicious drones.

The product will likely be used by the law enforcement, security and aviation authorities.

DJI claimed that the AeroScope was compatible with all existing drones since it does not require any internal equipment, modification or extra operating costs.

The company said that the system is being used at two international airports since April and has passed several performance tests in different operating environments.