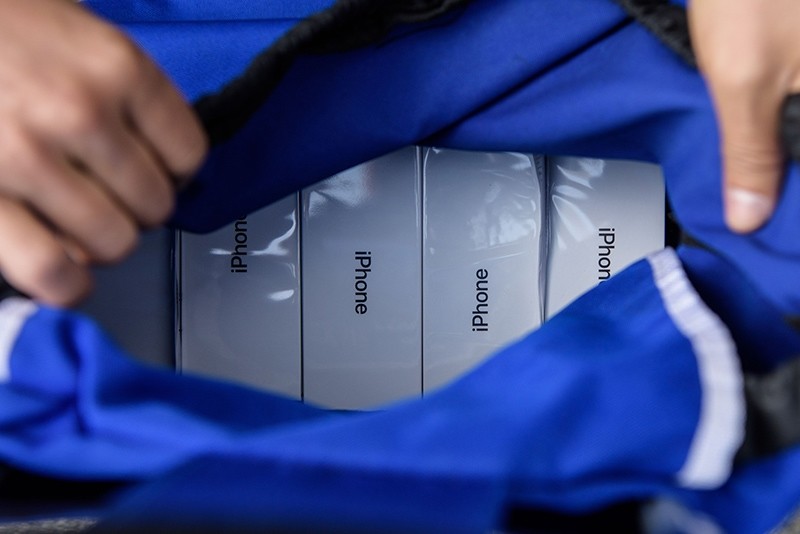 More than 300 iPhone X devices were stolen from a delivery truck shortly before Apple's newest smartphone went on sale Friday.

The thieves stole the phones after breaking into a UPS truck while its driver was making a delivery at the Stonestown Galleria shopping mall in San Francisco.

The iPhone X was launched for sale on Friday in more than 50 markets, including the U.S., China and the U.K.

Long, snaking lines formed outside Apple stores in Asia and Australia early on Friday as fans flocked to buy the new iPhone X, a turnout that contrasts with the more lackluster launches for the past two iterations of the premium smartphone.

The iPhone X is a special 10th anniversary model, a glass-and-stainless-steel device that Chief Executive Officer Tim Cook billed as "the biggest leap forward since the original iPhone."