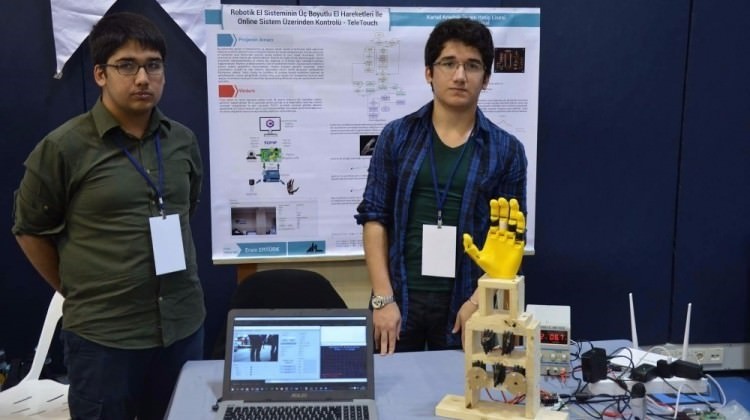 Musa Sadık Ünal and Abdurrahman Emirhan Ünal's "TeleTouch," a remote communication device that enables users to interact by touching and feeling with their hands, claimed the title in the freestyle showcase category. The project is designed to mimic the movements of human hands.

More than 116 teams from seven countries, including Mexico, the U.K., France, Poland, Colombia, Congo, Peru, Ecuador, Romania and Turkey, participated in the competition held at Politehnica University of Bucharest.

The project was designed to mimic every movement the human hand can do.