Smartphones, apps make technology accessible for people of all ages 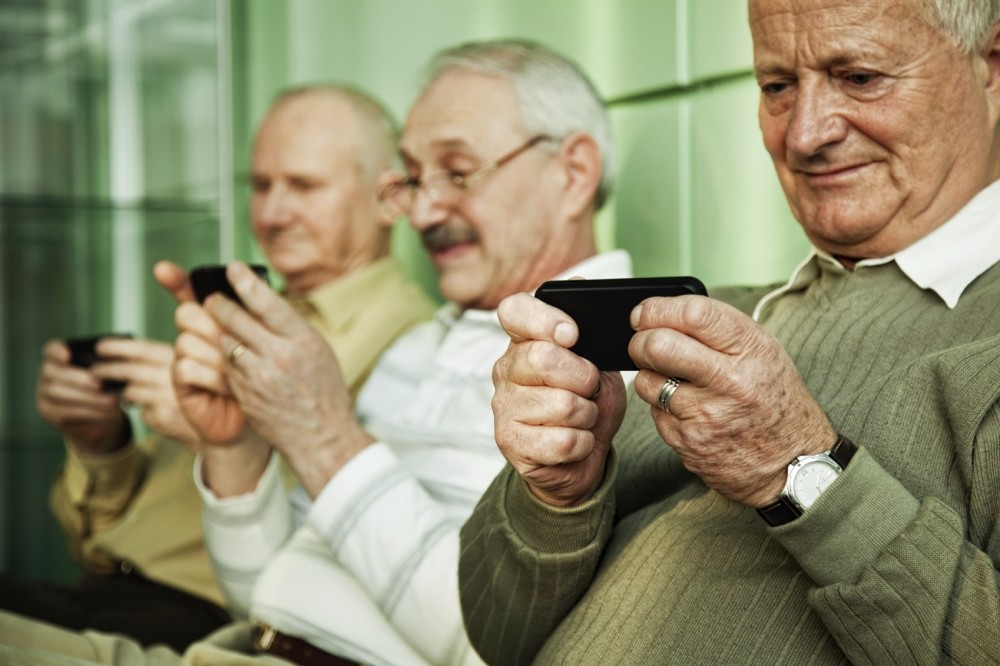 Smartphones and apps allow senior citizens to keep their minds active, closing the generation gap in the process.
by Timur Sırt Nov 17, 2017 12:00 am

Ever-developing smartphones enable seniors to enjoy techology via social media, making life easier for them through applications that provide a platform to use skills that slow advanced-age problems

Thanks to smartphones and apps, senior citizens can now stay better connected with the advancing world of social media while keeping their mind active and closing down the generation gap in the process.

With our average lifespan on the up, the care and healthy aging of the older generations have become more and more important. According to the Older People's Rights Association (http://yaslihaklaridernegi.org), around 7.7 percent of Turkey's population is made up of people aged 65 or older.

The United Nations defines countries with 8-10 percent of its population aged 65 and over as aged countries.

In Turkey's case, with current rates it will become a "super-aged" country, with a ratio of 10.3 percent, by 2023, making it necessary that Turkey considers this situation in its planning while developing technology solutions and urbanization.

Some of the newest regulations regarding elderly people's well-being in the developed countries have used technology extensively.

Narrowing the digital divideThere are smartphone applications that can make life a lot easier for older people who generally tend to keep away from touch screens and smartphones. The accessibility feature on all Android and iOS phones can come in handy here and not just for the elderly but for the disabled as well.

Today, users can even carry applications on their wrists with smartwatches or bracelets. They can track everything from time to location to health conditions.

Connecting to social lifeToday, social life and the digital world are more intertwined than ever so much so people cannot think of their lives without social media networks.

Over the years, Facebook has transformed from a casual networking site to an important communication tool, especially for women. It has given people the freedom to share photos and videos with their friends and family at the push of a button.

Phones can also help us organize our lives better with daily, weekly schedules and reminders.

This proves that the site is not just youth-oriented rather a platform for all age. Especially for women, Facebook has become an important platform to socialize.

The Older People's Rights Association is trying to raise awareness through activities on Facebook.

Strengthen your memoryAs we get older, problems with our memory will increase. But now, some gave developers are trying to tackle this issue with special games. Most of these games are simple and fun.

Older people also love it!The "100 Puzzle" application is particularly enjoyable for puzzle lovers. Moreover, it is an application that not only children but the elderly will also enjoy.

It is a game that requires deep thinking. The application, enables users to keep their dwindling motor skills fresh.

Insane mathAre you ready to solve math problems in only a second? This application helps you accelerate the process as you solve mathematical problems.

For those who think they are good at math, they can test themselves to see whether they can solve questions in just one second.

Compete with your friends and get your place on the scoring table.

Keep your mind active with Android gamesMentalU, a smart game application, can help you improve attention, memory, as well as visual and verbal logic. You can even track your performance instantly and compare it with your peers.

Bigger phone interfaceOlder people often have a difficult time using smartphones but Phonotto has come up with a simple and easy phone interface software for senior citizens and those who are not passionate about technology.

The interface has a simple design to easily make calls, send messages and even take pictures and videos with large buttons.