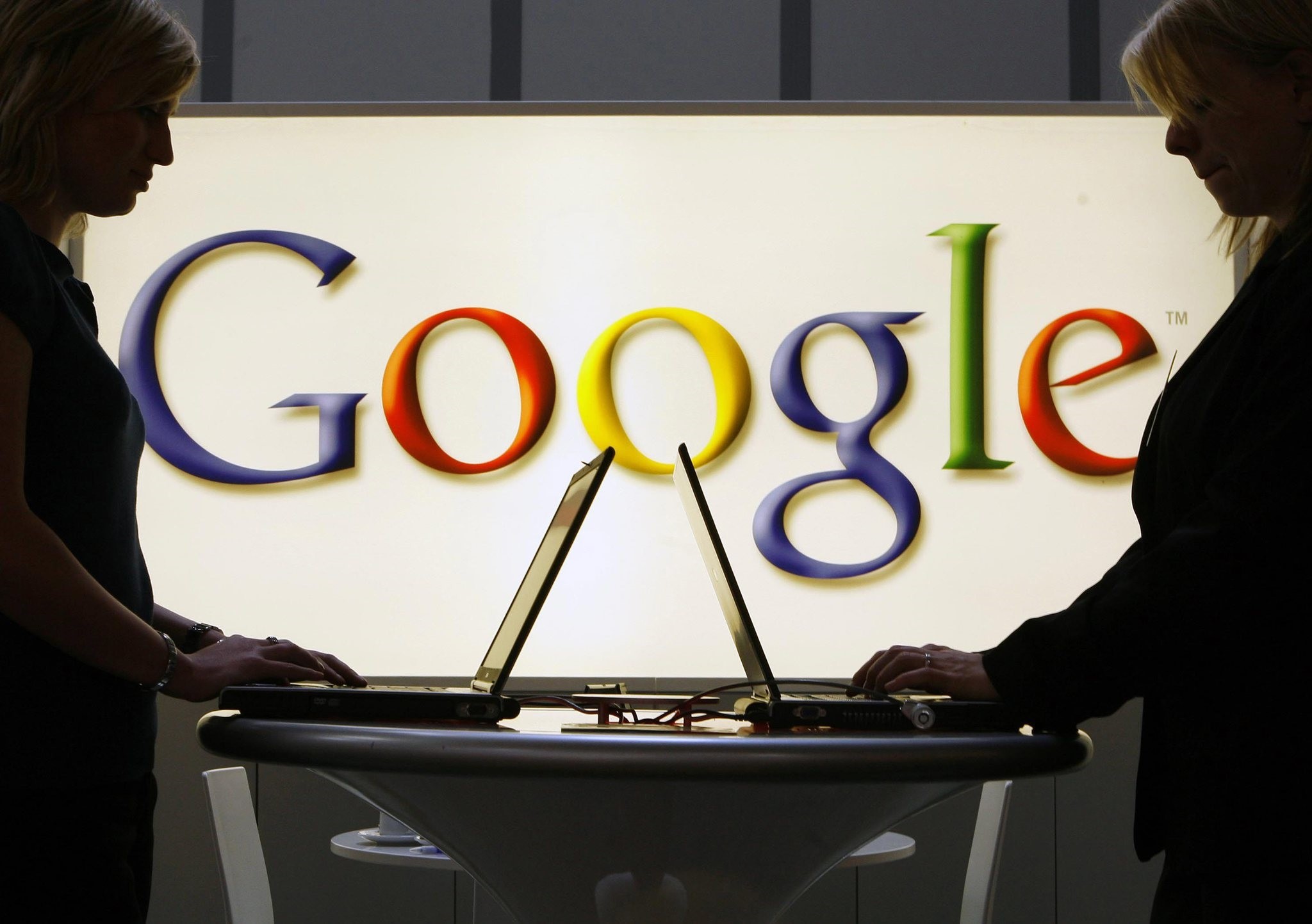 EU leaders are eager to tackle the issue of low taxes U.S. tech giants pay as a result of choosing small, low tax nations such as Ireland, the Netherlands or Luxembourg, which in return provide the giants with large profits

They have revolutionized the way we live, but are U.S. tech giants the new robber barons of the 21st century, banking billions in profit while short-changing the public by paying only a pittance in tax?With public coffers still strained years after the worst of the debt crisis, EU leaders have agreed to tackle the question, spurred by French President Emmanuel Macron who has slammed the likes of Google, Facebook and Apple as the "freeloaders of the modern world."

As recently as March, five of the world's top 10 valued companies were Silicon Valley behemoths: Apple, Google's Alphabet, Microsoft, Amazon and Facebook. (Germany's SAP was Europe's biggest and 56th on the global list).

But tax rules today are designed for yesterday's economy when U.S. multinationals - such as General Motors, IBM or McDonald's - entered countries loudly, with new factories, jobs and more taxes for the taking.

But today in most EU nations, the U.S. tech titans exist almost exclusively in the virtual world, their services piped through apps to smart phones and tablets from designers and data servers oceans away.

Ghost-like, Silicon Valley has turned Europe's economies upside down, but often with just a skeleton staff and some office space in markets with millions of users or customers.

According to EU law, to operate across Europe, multinationals have almost total liberty to choose a home country of their choosing. Not surprisingly, they choose small, low tax nations such as Ireland, the Netherlands or Luxembourg.

Thus, it is through Ireland that Facebook draws its wealth from millions of accounts across Europe. There are 33 million accounts in France and 31 million in Germany, according to recent data.

While users enjoy the platform, Facebook tracks likes, comments and page views and sells the data to companies who then target consumers.

But unlike the economy of old, Facebook sells its data to French companies not from France but from a great, nation-less elsewhere, with no phone number, address or physical "presence" for a customer who probably cares little.

It is in states like Ireland - whose official tax rate of 12.5 percent is the lowest in Europe - that the giants have parked their EU headquarters and book profits from revenues made across the bloc.

Indeed, actual revenues from advertising are minimal in France and Germany, but at Facebook HQ Ireland they grew to 7.9 billion euros, even though the vast majority does not come from the tiny EU island-nation of a mere 2.5 million users.

Google follows the same pattern: In Germany in 2015, it had a little over 71 million users, in France just over 55 million. But in both nations, revenues are minimal.

Yet, in Ireland, where the number of search engine users is less than five million, revenues for Google-parent Alphabet reached 22.6 billion euros in 2015.

According to an analysis by Paul Tang, a specialist on tax issues in the European Parliament, France lost 741 million euros in tax revenue and Germany 889 million euros between 2013 and 2015 due to so-called "tax planning" by Google and Facebook.

The Organization for Economic Cooperation and Development believes that such tax schemes cost governments around the world as much as $240 billion a year in lost revenue, according to a 2015 estimate.

"The actual activity of each company, including U.S. tech giants, is not known," said Manon Aubry, spokeswoman for the NGO Oxfam.

"Beyond the number of accounts or users in each country, it would be necessary to know in the case of Google for example, the amount of advertising sales in each country. We do not have it."

For car-ride smartphone service Uber, "We need to know the number of rides, but we don't have it," she said.

"One of the first issues, therefore, is that of transparency: to rule that large companies publish data on activities and taxes paid in all the countries where they are present."

To the European Commission, the digital shortfall on tax is clear. The effective tax rate on the profit of digital giants in the EU averages only 9 percent, while that of traditional companies exceeds 20 percent, it said.

Apple, also based in Ireland, became one of the EU's most emblematic tax cases when Competition Commissioner Margarethe Vestager ordered the iconic iPhone maker to pay 13 billion euros in back-taxes.

Vestager said the U.S. giant had benefitted from illegal state aid, a gift from Ireland in exchange for choosing Dublin as its headquarters, with thousands of jobs at stake in the deal.

Brussels says Dublin's red carpet treatment accorded Apple an effective corporate tax rate of one percent on its European profits in 2003 - a rate that decreased to a scant 0.005 percent in 2014 - just a fraction of the official rate.

Undeterred, Vestager has gone after similar arrangements, such as those revealed in the Luxleaks scandal that exposed deals struck between Luxembourg and a long list of multinationals, including online U.S. retail giant Amazon.

Faced with this situation, several solutions are under study.

Driven by Macron, France has proposed an unusual idea that has so far divided Europe: tax the U.S. tech giants on sales generated in each European country, rather than on the profits that are cycled through low-tax countries.

France says this proposal, presented by French Finance Minister Bruno Le Maire in September, has received the support of some 20 countries, including Germany, Italy and Spain.

But there is fierce opposition from states like Cyprus, Malta, Ireland or Luxembourg -- countries that have linked their EU membership to low corporate tax and thus transformed their economies from rural backwaters to financial hubs in a globalized world.

Member states now agree that the problem would be best addressed at the international level, in the G20 or by the OECD, to prevent a high-tech exodus from the EU.

Caught by surprise by the French initiative, the European Commission announced at the end of September that it would also propose solutions in 2018.

Ideally, Brussels agrees that there needs to be a major reform of international tax rules, which would establish a closer link between the way value is created and the place where it is taxed.

Without rejecting the French proposal, the commission wants to dust off an old project from 2011 - for a long time deadlocked because of the differences among the 28.

Re-launched in October 2016, the idea has one of the most cumbersome acronyms ever to come out of Brussels: the Common Consolidated Corporate Tax Base or CCCTB - an ambitious bid to consolidate a company's tax base across the EU.

This draft legislation is currently being examined by the 28 EU member states, and taxation of the digital economy could easily be included in the scope of the rules that may be adopted.

Under the plan, all multinationals operating in the EU with total sales of more than 750 million euros would be fixed at only one place of taxation, with one tax administration.

This level of activity in each member state would be measured using a combination of factors, including the number of employees, the importance of tangible assets (buildings, machinery, et cetera) and sales.

French MEP Alain Lamassoure, co-rapporteur of the project, proposes to add a fourth idea: the volume of personal data collected and used by a digital platform wherever its services are used.

But in Europe, all is made infinitely more complicated since the adoption of new European legislation on tax matters requiring unanimity of the EU's current 28 members.

In addition to these European proposals, the OECD is working on a global solution, which it must present to the G20 finance ministers at their next meeting in April in Washington.

This initiative would have the merit of including Europe as well as the United States, Japan and emerging countries.

Until last October, the United States had dragged its feet in efforts to better tax its national champions, but changed attitude. Specifically, it agreed to set up a working group with France in the OECD.

"The Americans are in the same situation as us: Their own tax system is not adapted to the current economy, and they too are experiencing very substantial revenue losses that must be compensated," EU economics commissioner Pierre Moscovici said.

"Taxation of the U.S. tech giants is a global problem, and the answer should be as well."