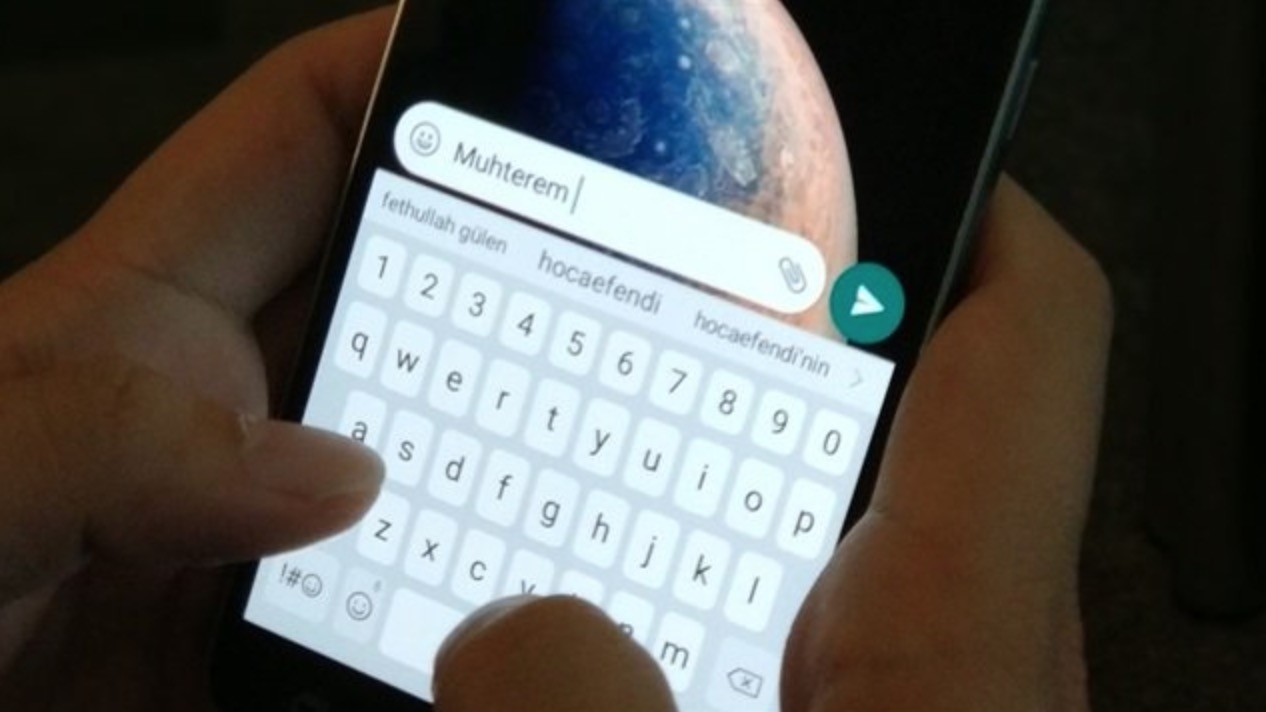 This photo taken from Twitter shows the Gboard making foul predictions upon typing ,honorable, in Turkish
by Daily Sabah Dec 03, 2017 12:00 am

Android maker and search giant Google said Sunday that it has fixed an error in the Gboard app which, upon typing "honorable" ("muhterem" in Turkish), predicted next words to collectively read as a noun phrase used by Gülenist terror group (FETÖ) members whenever they refer to the head of their group, Fetullah Gülen.

The keyboard app on the Play Store was predicting the name of the terrorist leader or the title used by the members of his network, "hocaefendi" ("preacher" in Turkish) upon typing "muhterem."

The story first appeared on Yeni Şafak newspaper Saturday. In another story published a day later, the newspaper said Google sent a statement to their website that the error has now been resolved.

"Muhterem Fetullah Gülen hocaefendi," which roughly translates to "The honorable preacher Fetullah Gülen," is the noun phrase FETÖ members employ whenever they refer to the fugitive cleric who has been living in self-imposed exile in Pennsylvania's Saylorsburg since 1999.