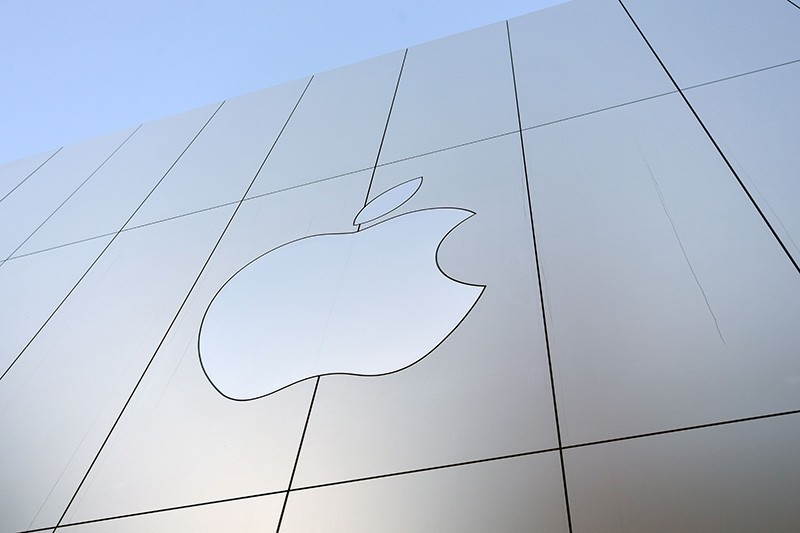 This file photo taken on September 22, 2017 shows an Apple logo on the outside of an Apple store as new iPhones are released for sale in San Francisco, California. (AFP Photo)
by Dec 04, 2017 12:00 am

The Irish government has reached an agreement with Apple to start collecting the 13 billion euros ($15 billion) owed by the tech giant, it announced Monday.

"We have now reached agreement with Apple in relation to the principles and operation of the escrow fund," Finance Minister Paschal Donohoe said in Brussels in quotes confirmed to AFP by Ireland's finance ministry.

"We expect the money will begin to be transmitted into the account from Apple across the first quarter of next year," he added before a meeting with the EU's Competition Commissioner Margrethe Vestager.

The European Commission ruled in August 2016 that the iPhone maker must reimburse the Irish state a record 13 billion euros to make up for what it considered to be unpaid taxes over a number of years.

The ruling stated that tax benefits received by the tech company were illegal under EU rules, because they allowed Apple to pay substantially less tax than other businesses.

The announcement comes after some tension with Brussels, which referred Ireland to the European Court of Justice in October of this year for failing to collect the back taxes.

The Irish government must now put the sums in a blocked bank account while waiting for the result of Apple's and its own appeal to the European Commission.

Ireland built its economic success on being a low tax entryway for multinationals seeking access to the EU, and is concerned that collecting the back taxes could dent its attractiveness to firms.