From Obama to Manchester, Linkin Park and more: Twitter reveals Top 10 retweets of 2017 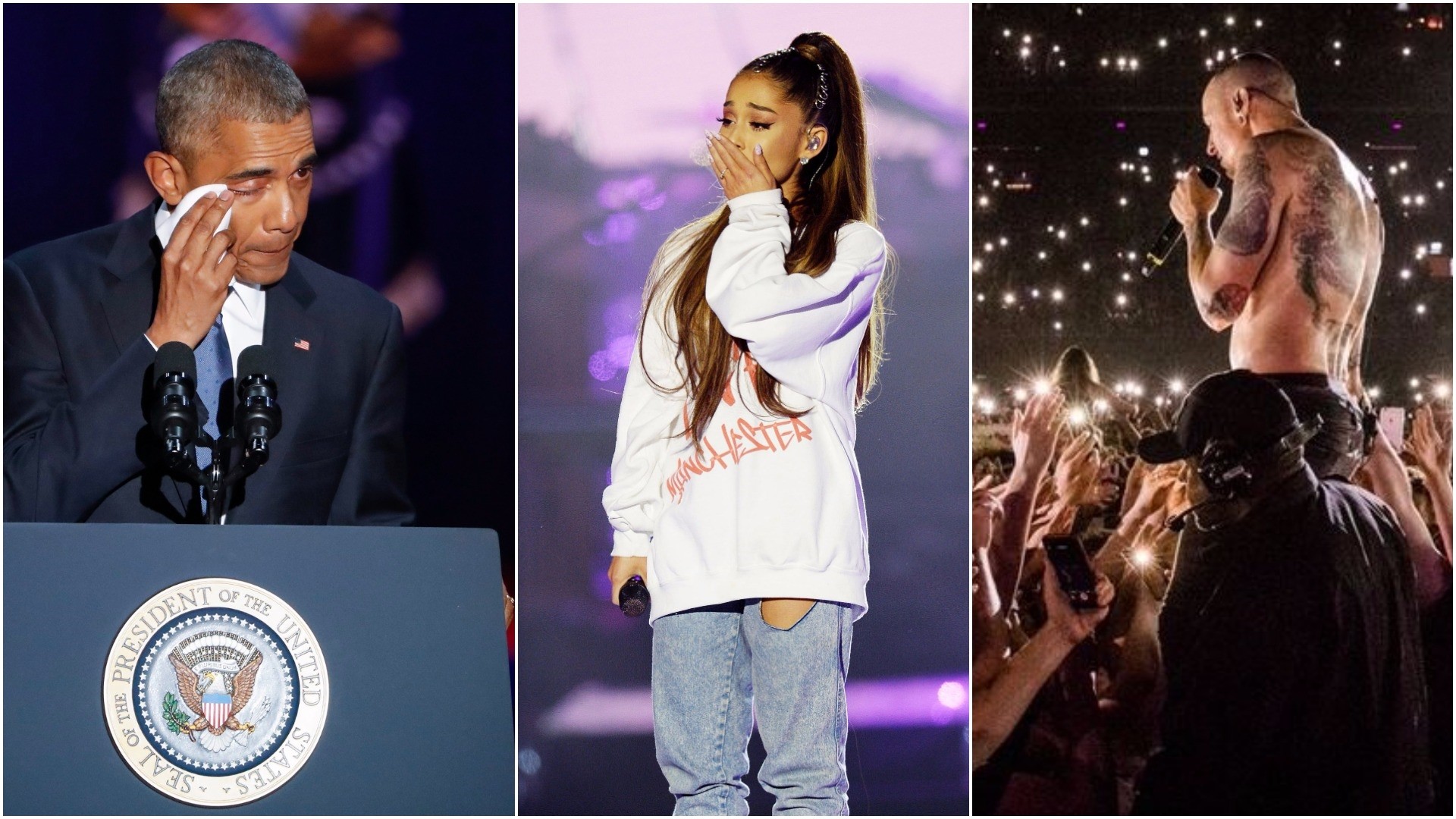 U.S. President Donald Trump is perhaps the world's most famous Twitter user, but the most popular post of 2017 was from... Barack Obama.

Twitter released Tuesday its top trending people and topics for 2017, ranging from sports to politics to Korean boy bands. It was a year in which almost every sector of society was mashed together or clashing on social media, with the "Tweeter in Chief," President Donald Trump, leading the way.

Half of the top 10 tweets reveal a year marked by tragedy and sorrow, from a Houston submerged in water, to a concert in Manchester, England, where a suicide bomber killed 22 people, including children.

Others, including the most shared tweet of the year, expose social media's other-side-of-the-looking-glass panorama.

Three tweets by former U.S. leader Obama made it onto Twitter's Top 10 list for this year but there were none from Trump, despite his prolific use of the platform.

Trump was, however, the elected leader most tweeted about, Twitter said. He also came in No. 1 for top tweeted U.S. elected officials, with Vice President Mike Pence and Speaker of the House Paul Ryan taking second and third. PBS' special live coverage of Trump's inauguration day was the most viewed live stream broadcast of the year.

Meanwhile Recep Tayyip Erdoğan was the 4th most tweeted about elected world leader, right between Venezuela's Maduro in 3rd place and France's Macron in 5th.

A tweet racking up the most "likes," about 4.6 million as of Tuesday, came from Obama's personal Twitter account on the day of a deadly white supremacist rally in Charlottesville, Virginia.

"No one is born hating another person because of the color of his skin or his background or his religion..." pic.twitter.com/InZ58zkoAm

The tweet showed a photo of a racially diverse group of children looking out a window at Obama as he smiled back, and bore a quote from Nelson Mandela.

The same Twitter post was the second most re-tweeted of the year, behind a tweet from a teenager named Carter Wilkerson trying to win a year's supply of chicken nuggets from fast food chain Wendy's. He fell short of the 18-million retweet bar set by Wendy's, the purveyor of Wikerson's obsession, but the fast-food chain gave Wilkerson his nuggets anyway for the effort.

HELP ME PLEASE. A MAN NEEDS HIS NUGGS pic.twitter.com/4SrfHmEMo3

The third most-retweeted tweet became one from the Penn State Interfraternity Council pledging 15 cents for every retweet. The group pledged to help those affected by Hurricane Harvey in Houston, The post was retweeted more than 1.1 million times.

With the current devastation in Houston, we are pledging $0.15 for every RT this gets! Please forward this along to help out those in need! pic.twitter.com/lodyOBE0eG

In 4th came Ariana Grande's heartbreaking response to the terror attack at her concert in Manchester, which killed 22 killed and left dozens injured. The tweet was also the second most liked in 2017.

broken.
from the bottom of my heart, i am so so sorry. i don't have words.

Obama's call for Americans to believe in their "ability to make change" about a week before he left office grabbed the fifth spot.

Thank you for everything. My last ask is the same as my first. I'm asking you to believe—not in my ability to create change, but in yours.

Meanwhile rock band Linkin Park had the sixth most retweeted tweet with a picture they shared of their lead singer Chester Bennington, who committed suicide on July 20 and shocked the world.

In 7th place came the blasting by Cleveland Cavaliers star Lebron James of President Donald Trump, which rocketed around the world after he "rescinded" Stephen Curry's invitation to the White House to celebrate the Golden State Warrior's NBA championship.

Curry, like other prominent players on the team, said that he didn't want to visit Trump in the White House.

U bum @StephenCurry30 already said he ain't going! So therefore ain't no invite. Going to White House was a great honor until you showed up!

And the day after Trump was inaugurated, Obama's tweet saying serving as president was the "honor of my life" became the eighth most retweeted tweet of 2017.

It's been the honor of my life to serve you. You made me a better leader and a better man.

With the media in Trump's crosshairs, it was also in the sights of Twitter users. The top three tweeted news outlets were Fox News , CNN and The New York Times .

Ranking 9th was another donation tweet, this time from the Detroit Lions' Sam Martin who also asked for retweets to help with hurricane relief in Houston.

Leo and I are donating 6 lbs of dog food to Houston for every retweet this gets!!!! RT RT RT RT!! pic.twitter.com/bcTT905knP

The 10th most retweeted tweet was a suicide prevention hotline number, which was posted by Twitter user Seth Joseph in August.

1 person ends their life every 40 seconds

will u take the time to retweet this & possibly save one of them?

Of course, the political atmosphere in America, activism and hashtags ruled Twitter, with #Resist the most used. That was followed by #MAGA, #ImpeachTrump, #TrumpTrain, "WomensMarch and #NotMyPresident.