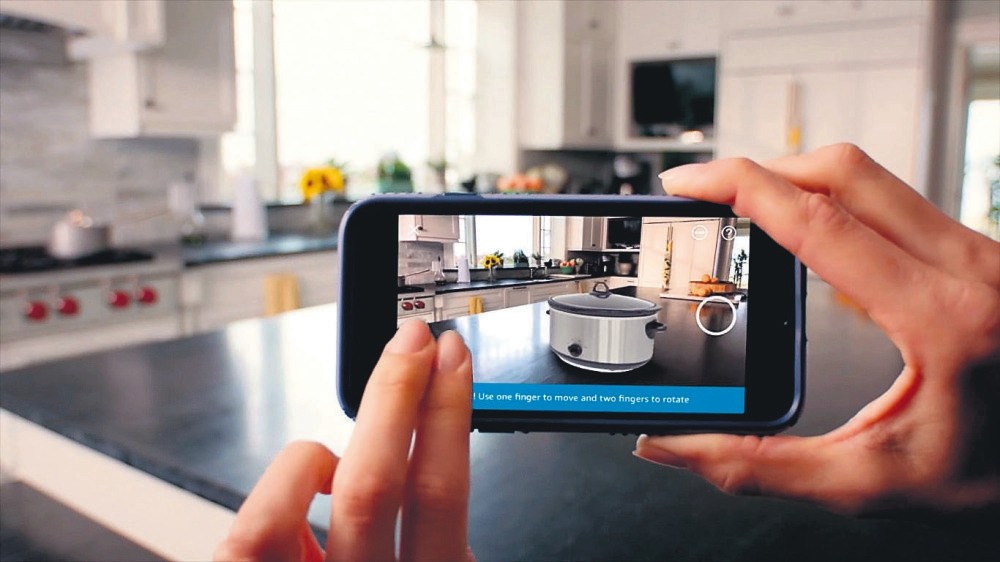 Unveiling a number of new products, the re:Invent 2017 event by Amazon Web Services gave us an opportunity to visualize the future, and one of the highlights of the event was DeepLens

To fully understand the significance of new, revolutionary technologies and their impacts, we need vision and imagination to conjure up the future. By visualizing future applications we are able to see how a specific technology can affect our lives. For instance, by looking back at the iPhone X in a decade's time we would be able to fully measure how big an impact it had.

Today, we take a closer look at Amazon's deep learning camera, DeepLens. Then we will try to visualize its future uses and its impact on the rising trend of devices driven by artificial intelligence.

DeepLens, with its deep learning capabilities, can identify an individual, their age, time of arrivals, what they wear and what they carry. So, if DeepLens is used as a security camera, it can easily tell you information, such as who came to the house, when, who came with them and what they had with them in real-time. When you ask the connected application on your phone what time your child returned home, you will be able to watch the video of the moment of arrival.

The camera will be priced at $250 when it hit shelves next year. DeepLens will not just be a smart camera, it will be a platform that can be utilized in numerous situations, to create next-generation video services. For instance, it can revolutionize robot technology. Developers will be able to use it to form a pair of smart, learning eyes. With deep learning under the hood, DeepLens is tailor-made for this job.

To fully understand its applicability and impact, we'll have a take a step forward and look at the technology from the future.

Dec. 9, 2027Ten years in the future, exactly on this day, I find myself in bed. As I get up, I look at my robot camera, and it stares back at me. It says that it tried to wake me a couple of times. But I tell it off, pointing out that it is just a robot with a pair of learning eyes. I am chatting with DeepLens i10, which was ready to serve me after a week of learning."I remember the time when you were only a simple learning camera. Do not get smart with me. I pay for the activation of your chat mode," I go on, just to calm myself down.

Then I remember the 2017 re:Invent Developers Conference where the first generation of deep learning cameras was unveiled. I call out to Alexa, and she displays one of my old photos, taken at the event on Nov. 30, 2017, on my home screen. "How fast time flies," I complain.

DeepLens opens its eyesBack then, most people knew Amazon as the world's largest e-commerce site. Amazon Web Services (AWS) was expanding its operations after posting almost $18 billion in turnover as it looked to become a platform company. Its voice assistant Alexa and Amazon Echo were placed right at the heart of a smart house. DeepLens, on the other hand, was aiming to discover new horizons in AI-driven camera technology.

I go through the pictures and videos of then AWS CEO Andy Jassy delivering the keynote at the event.

I still remember what Arçelik's Innovation Director, Erkan Duysal said about Andy Jassy's keynote speech, "This quote should be framed and put up on the company walls."

Entrepreneurs entering the race against time want to reach the market without dealing with technical details. The ability to do server-less computing is fast and simple with a chance to pay according to usage.

While entrepreneurs focus on initiatives that go beyond the ordinary, they do not want to be overwhelmed by technical details and want to start working as soon as possible. Developers just want to work on the details they can use. All these have increased the interest in server-less computing platforms and cloud technology.

Entrepreneurs try to realize their projects in a race against time. Developers and entrepreneurs do not want to deal with servers and technical details while focusing on business applications. So, they lean towards working on server-less platforms. As developers stop dealing with updates and other things, the entrepreneurs only pay according to usage. If they place the service right, entrepreneurs do not have to take great risks to grow their businesses.

The point to note here is that the period of doing business on the server for the entrepreneur or developer does not end, but the institution that provides services deals with the server.

So, the entrepreneur writes codes for a business model, while the developer is only interested in writing codes for the application, while service providers, like AWS, Microsoft, Google or IBM, take over the task of managing the server.

The fact that developers tend to focus on less technological details means that more new entrepreneurs and developers will emerge. Here cloud technology and virtualization come to the mix, while giant platform companies continue their work on server-less development platforms.

Videos not hard to find

While watching the videos, I remember when Amazon announced its first issue-based video service. I can remember the first version of DeepLens was an interestingly shaped device that looked like a security camera.

Opening its eyes with deep learning and AI capabilities, DeepLens introduced the concept of a learning camera. Amazon would not create something new when it could not imagine a product to be turned or integrated into a platform, eventually to be used in different situations.

Moreover, that year the company introduced a number of services, like streaming instant data into videos, transforming them into writing and instant translation services.