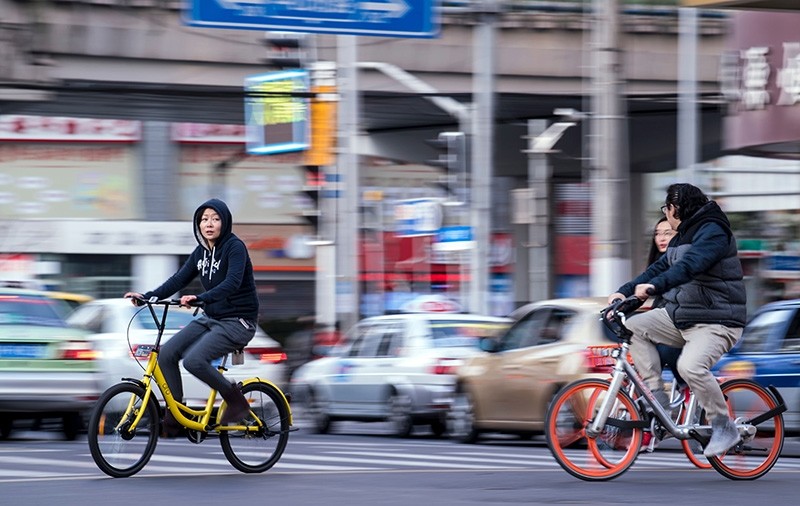 In a city of 24 million, Shanghai police recruited some high-tech assistance for catching criminals—an artificial intelligence system that can instantaneously identify any of the nearly 2 million faces in its database.

The algorithm was developed to ensure safety in a rapidly-growing city, said Zhu Long, chief executive and co-founder of Yitu, in an interview with the South China Morning Post (SCMP).

"It's challenging for the government [in Shanghai] to police such a large population. And it would be impossible without technology. Even when we have many cameras installed, it's a hard task. You can't watch all the videos, and doing a search is very time-consuming and requires too many resources to get meaningful results from such a huge amount of data," said Long.

"But artificial intelligence can do it easily, and by using existing infrastructure."

Dragon Eye started flagging faces in the Shanghai Metro in January 2017, helping catch 567 suspected criminals in its first three months on the job.

Since then, 150 municipal and 20 provincial police have begun using the system, with a marked drop in the crime rate in those areas, added Long.

"Our algorithm is more accurate than customs officials at telling whether two images show the same person. It can even find a subject among millions of others using a 25- or 30-year-old image. And in the past two years, the performance of machines has increased by 1,000 times," said Long.

"Our machines can very easily recognize you among at least 2 billion people in a matter of seconds, which would have been unbelievable just three years ago."

Some aren't so enthusiastic about the new technology, however. Privacy and human rights advocates argue Dragon Eye and similar algorithms could be misused by totalitarian governments to conduct comprehensive monitoring over a society.

Human Rights Watch (HRW) harshly criticized Dragon Eye, saying it is "designed to track and predict the activities of activists, dissidents and ethnic minorities, including those authorities say have extreme thoughts, among others."

"Chinese authorities are collecting and centralizing ever more information about hundreds of millions of ordinary people, identifying persons who deviate from what they determine to be 'normal thought' and then surveilling them," HRW China Director Sophie Richardson told SCMP.

Yet others point out that China's culture varies significantly from that of the privacy-obsessed West, usually erring on the side of caution.

"I think that in people's lives there are issues of safety and issues of privacy, I think that when these two things come into conflict, Chinese people perhaps care more about safety," said facial recognition expert Wang Shengjin, who teaches at Tsinghua University's Department of Electronic Engineering.

China dished out $6.4 billion on surveillance this year, with that number rising at a steady annual 12 percent. The country now uses 176 million active surveillance cameras, expected to number 626 million by 2020, according to research firm IHS Market.

While the People's Republic has gotten a bad rap for its societal controls, other countries are looking into systems like Dragon Eye. Germany announced in August it would test a biometric recognition system for Berlin's subway.