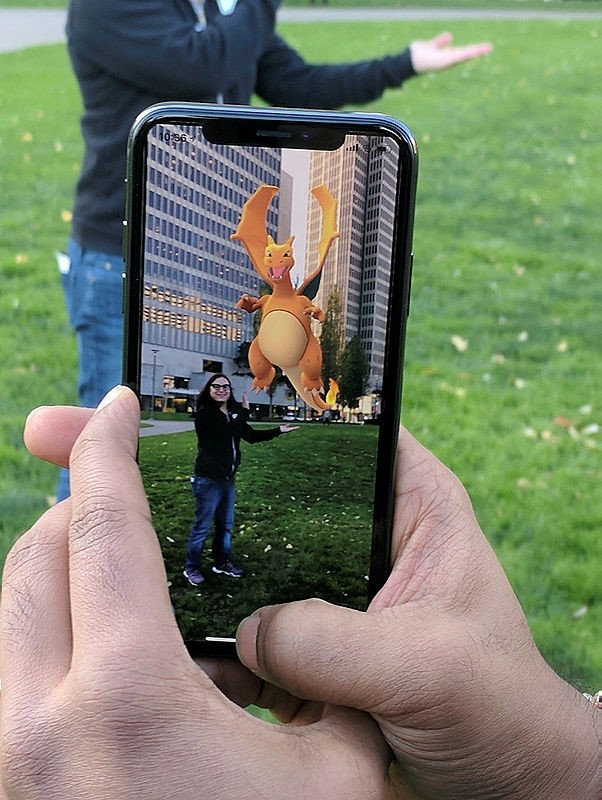 "Pokemon Go" is moving into a different dimension on the iPhone, thanks to software that allows the game to play new tricks with its menagerie of digital critters.

An upcoming game update relies on built-in Apple software called ARKit that gives the iPhone's new ways to serve as a portal into augmented reality.

AR is a technology that projects life-like images into real-world settings such as parks and streetscapes.

The new approach, announced Wednesday, adds depth to the playing field and lets Pokemon monsters grow or shrink to fit their environment. The game's creatures will now flee when they detect sudden movement or if players approach too quickly. 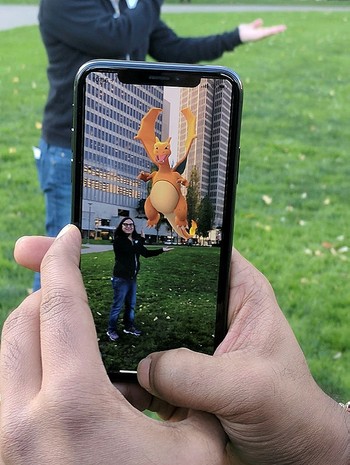 That's an ironic twist because Niantic spun out of Google, whose Android software powers most of the smartphones in the world. Hanke played a key role in build Google Maps, one of the most frequently used apps on Android phones.

Apple's AR technology works on iPhones dating back to the 2015 iPhone 6S, a line-up that encompasses an estimated 200 million to 300 million devices, including iPads.

"Pokemon Go" has offered an AR option since its release 17 months ago, but Apple's technology is more advanced than what the game has been using.

Apple CEO Tim Cook has been outspoken about his interest in AR, saying, however, that the technology to create a good AR system did not exist yet.

Apple is hoping app makers will find compelling ways to deploy its AR tools, helping to hook the masses on a technology that so far has been embraced by a sliver of smartphone users. If AR takes off, many analysts believe Apple will branch out in a few years and release a new line of devices designed specifically for AR.

Bloomberg reported in October that Apple was developing a "breakthrough" AR headset, which is expected to be ready in 2019 and could start shipping as early as 2020.